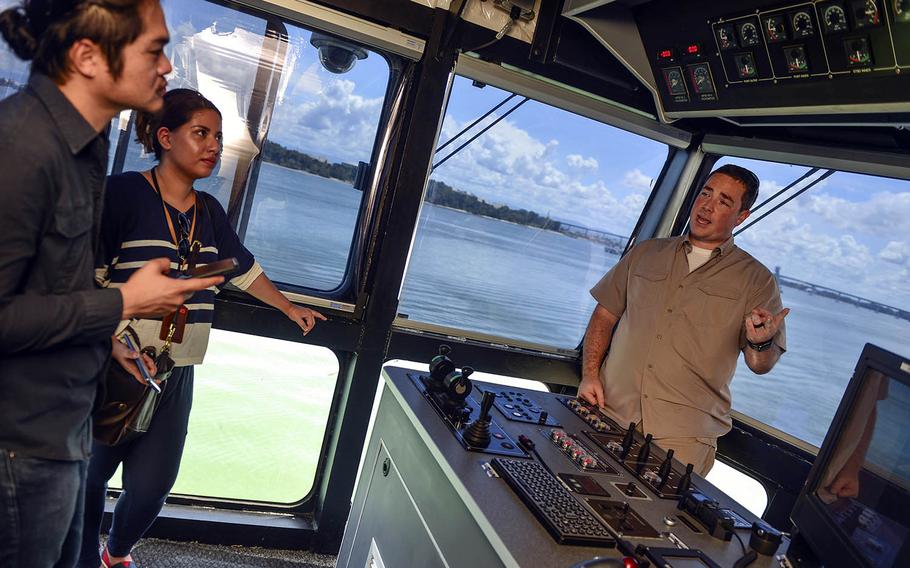 Navy ships arrived at Brunei’s Muara Naval Base this week for the next leg of Cooperation Afloat Readiness and Training, which will include operations in the hotly contested South China Sea.

The 24th annual CARAT — a series of bilateral exercises aimed at strengthening professional skills and relationships across South and Southeast Asia — started in June in Thailand. The Navy recently completed shore and sea drills with Bangladesh in the Bay of Bengal. Past stops included Indonesia and Malaysia.

“As one of the original CARAT partners, the Royal Brunei Armed Forces have been part of CARAT since the exercise series began in 1995, and we remain committed to further strengthening this vital partnership through more frequent and sophisticated engagements,” Capt. Ann McCann, deputy commodore of Destroyer Squadron 7, said in a Navy statement.

The fast transport ship USNS Fall River and a P-8A Poseidon maritime patrol aircraft are joining the Royal Brunei Navy in the South China Sea. There, the navies will conduct an anti-air warfare exercise to further increase missile-defense proficiency and division tactics drills to enhance communications between ships sailing closely together while making complex movements.

Other drills will aim to improve the navies’ ability to track and pursue targets.

Last week, Chinese officials told their U.S. counterparts to stop sending ships and military aircraft close to islands claimed by Beijing in the South China Sea. The U.S. pushed back, insisting it will continue to “fly, sail and operate wherever international law allows.”

Last month, the Chinese destroyer Luyang “conducted a series of increasingly aggressive maneuvers” as the USS Decatur sailed through the sea’s Spratly Islands, according to Lt. Cmdr. Tim Gordon, a spokesman for U.S. Pacific Fleet.

The Luyang came with “45 yards of [the] Decatur’s bow, after which [the] Decatur maneuvered to prevent a collision,” Gordon said. At the time, Gordon called the Luyang’s maneuvers unsafe and unprofessional.

“Our combined ability to effectively operate out at sea in any maritime environment demonstrates our rapidly growing partnership and unwavering commitment to ensuring freedom of navigation and respect for international law,” Rear Adm. Joey Tynch, Task Force 73 commander, said in the Navy statement.

In August, the U.S. and Brunei conducted their “first-ever” army exercise to further expand military relations between both partner nations, the statement added.