Navy to base majority of fleet in Pacific by 2020, Panetta says 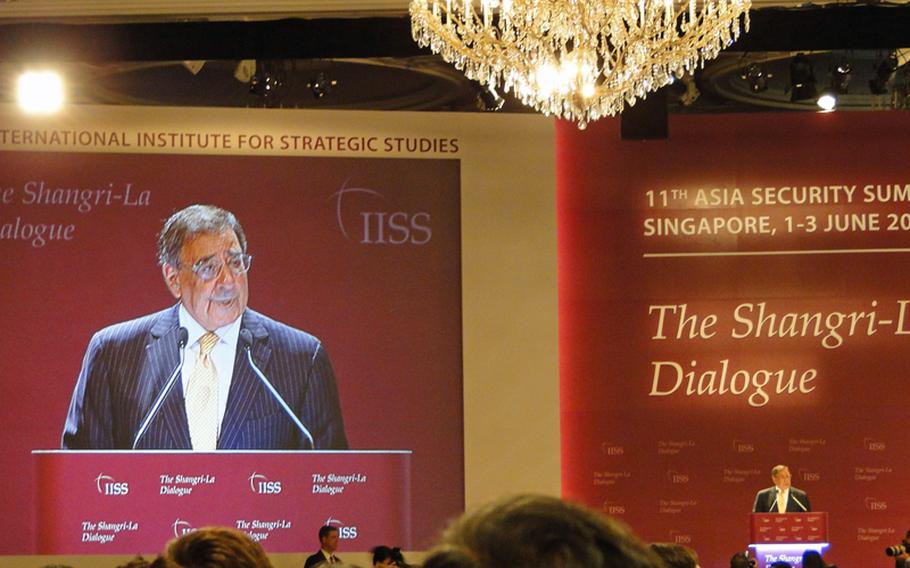 SINGAPORE &mdash; The Navy will shift 10 percent of its surface ships and submarines to the Pacific over the next eight years, moving toward a 60/40 split between the Pacific and Atlantic by 2020, Defense Secretary Leon Panetta told leaders at the Shangri-La Security Dialogue on Saturday.

That means six aircraft carriers, along with a majority of Navy cruisers, destroyers, Littoral Combat Ships and submarines, will be based in the Pacific region by the end of the decade &mdash; including the LCSs that will be forward deployed to Singapore. Right now, the Navy&rsquo;s fleet is split roughly 50/50 between the Pacific and the Atlantic.

The U.S. will also increase the number and size of military exercises in the Pacific and more widely distribute port visits, including in the Indian Ocean region.

Additionally, the Army will maintain a &ldquo;significant presence in Korea,&rdquo; even as the overall size of ground forces decreases, Panetta said.

Panetta is traveling throughout Asia this week to talk about the U.S. strategy in the Pacific. He will travel to Vietnam and India after meeting with the leaders of several Asian nations in Singapore.

Panetta continued to stress the importance of building partnerships in the Pacific region, calling the U.S.-Japan alliance &ldquo;a cornerstone of regional security and prosperity in the 21st century.&rdquo;

And, he said, as the U.S. works to strengthen existing ties to allies like Australia, Singapore and the Philippines, the Pentagon will also work to enhance relationships with Indonesia, Malaysia, India, Vietnam and New Zealand.

Panetta also said he will soon travel to China as part of an effort to build a &ldquo;healthy, stable, reliable and continuous military-to-military relationship with China.&rdquo;

China and the U.S. have agreed &ldquo;on the need to address responsible behavior in cyberspace and in outer space,&rdquo; he said, and will seek to work together on other shared challenges.

&ldquo;I know that many in this region and across the world are closely watching the U.S.-China relationship,&rdquo; he said. &ldquo;Some view the increased emphasis by the United States on Asia-Pacific as a challenge to China. I reject that view entirely. Our effort to renew and intensify our involvement in Asia is fully compatible with the development and growth of China.&rdquo;Despite those assurances, international journalists and military leaders questioned the U.S.&rsquo;s ability to create and maintain a strong relationship with China. Panetta acknowledged that there will be &ldquo;ups and downs&rdquo; in any relationship, but he said he believes a partnership can be mutually beneficial as long as lines of communication remain open.