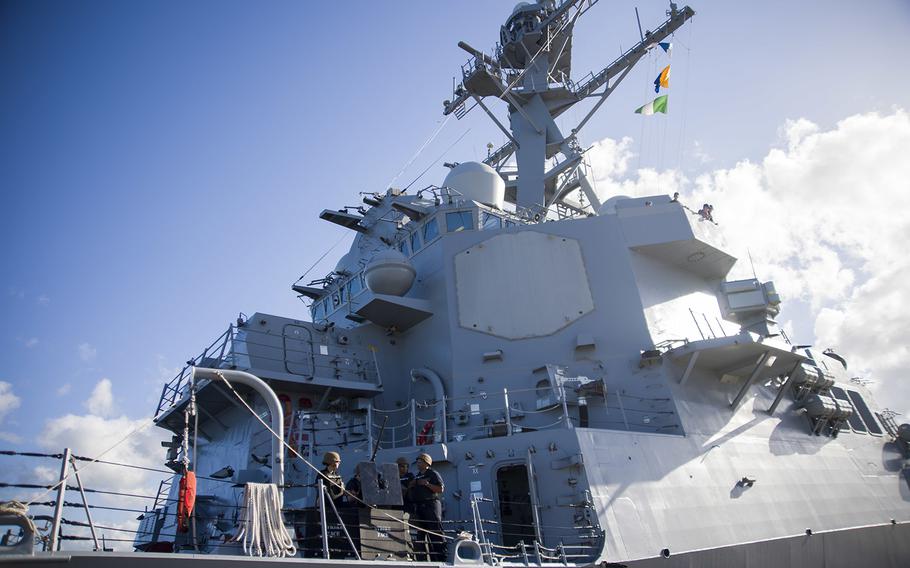 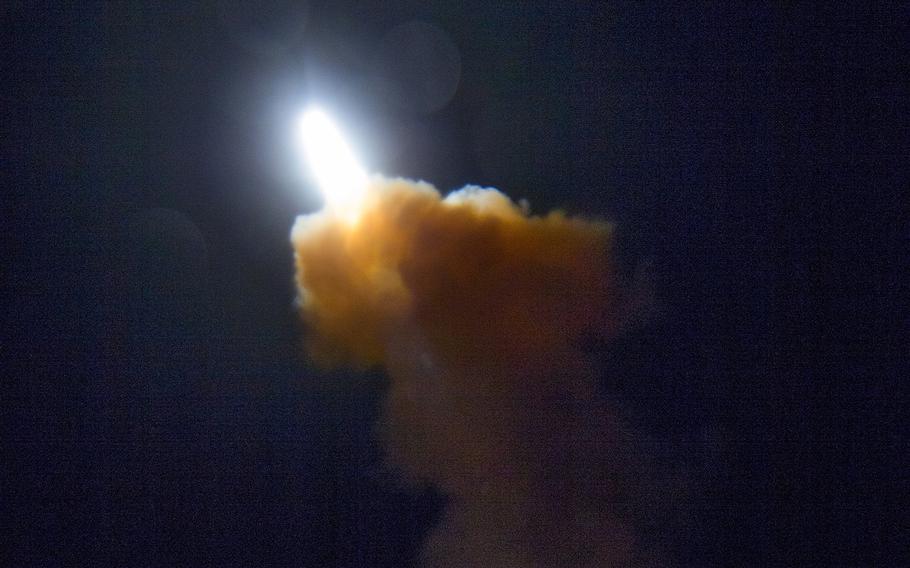 WASHINGTON — The U.S. military on Friday successfully shot down a medium-range ballistic missile in a test of the ship-based missile defense system that it is developing with Japan, the U.S. Missile Defense Agency said.

Navy sailors on the USS John Finn, an Arleigh Burke-class guided missile destroyer, intercepted the test missile off the west coast of Hawaii using a Standard Missile-3 Block IIA, part of the Aegis Ballistic Missile Defense system, the MDA said in a statement.

“This was a superb accomplishment and key milestone for the SM-3 Block IIA return to flight,” Air Force Lt. Gen. Sam Greaves, the MDA director, said in a statement. “My congratulations to the entire team, including our sailors, industry partners, and allies who helped achieve this milestone.”

It marked the second consecutive successful test of the U.S.-Japan developed Aegis missile defense system after a Japanese destroyer shot down a replicated missile in September, also off the coast of Hawaii. Japanese officials have said they want the system to protect against the threat of ballistic missiles from North Korea.

The North Koreans have demonstrated the ability to fire missiles that could reach the U.S. mainland, though they have not tested a ballistic missile since August 2017. North Korean missile tests in the Pacific region had increased tensions with the United States, though the friction between the two nations has dissipated amid diplomatic talks that include negotiations over North Korea’s nuclear program.

The successful test of the SM-3 Block IIA followed a failed test of that missile earlier this year. The Pentagon in February acknowledged a test of the Raytheon-built missile missed its mark in a Jan. 31 test.

A review board determined a bad spark plug-like device in the uppermost stage of the SM-3 Block IIA missile was likely the cause of the test’s failure, Bloomberg News reported this month, citing MDA documents.

In the January test, the missile was launched using the land-based version of the Aegis system from the Pacific Missile Range Facility in Hawaii, the Pentagon said.

The Aegis systems along with ground-based interceptors at locations in California and Alaska comprise much of ballistic missile defense system for the U.S. mainland.

For more than a year, the Pentagon has been undergoing a study of its missile defense systems. The Missile Defense Review was originally slated for release late last year, but have continually delayed publishing the document. Army Col. Rob Manning, a Pentagon spokesman, said Monday that the document was in its final review stages and could be released within weeks, a similar refrain Pentagon officials have repeated for months.