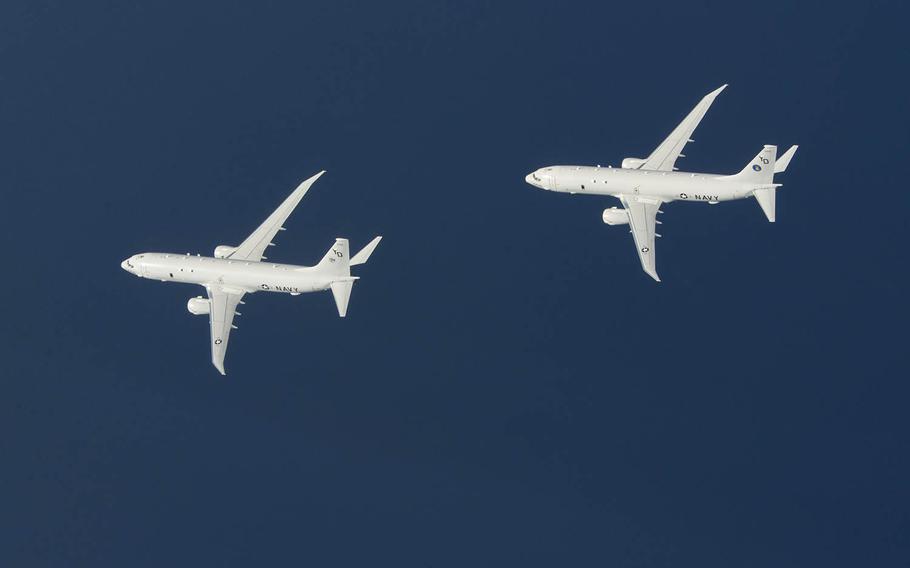 Navy Patrol Squadron 47 and its Boeing P-8A Poseidon aircraft arrived Tuesday at Avalon Airport in Geelong, Victoria, Australia, to participate in one of that country’s largest aviation exhibitions, according to the U.S. Navy.

The squadron will hold flight demonstrations and display the Poseidon throughout the six-day Australian International Airshow and Aerospace & Defence Exposition 2019, according to a Navy statement Monday.

Patrol Squadron 47 appeared last week at Aero India, one of the largest airshows and exhibitions in Asia, along with F/A-18 Super Hornets of Navy Strike Fighter Squadron 27.

The P-8A is a variant of Boeing’s 737-800, designed to replace the Navy fleet of P-3s. Boeing by April 2017 had delivered at least 53 of the advanced, long-range, anti-submarine patrol and reconnaissance aircraft to the Navy.

In January, the Navy signed a $2.4 billion contract with Boeing for another 19 P-8As, according to The Diplomat online magazine.

The Royal Australian Air Force, which agreed to purchase eight, took delivery of its first P-8A in November 2016, according to a Boeing press release in January 2016.

The aircraft is considered one of the most advanced of its type.

“Our participation (at the Australian airshow) will strengthen our ties and working relationships with our Australian counterparts, as well as our other partners within the Indo-Pacific,” Senior Chief Ronald Lilley, the squadron senior enlisted leader for the Avalon 2019 detachment, said in the statement.

The Australian air force, army and navy and air forces from Japan, Malaysia, Singapore, New Zealand and France also send contingents to the event, according to the statement.

“We have had the opportunity to work with our Australian allies on numerous exercises throughout the Pacific, including Sea Dragon, our most recent exercise in Guam and (Rim of the Pacific) this past summer in Hawaii,” said Lt. Derek Hinkley, Patrol Squadron 47 detachment officer-in-charge, in the statement. “Working with them at this airshow will allow us to see familiar faces as well as continue our great partnership.”

The last Avalon event, held in 2017, had a total attendance of 210,664, including representatives of 664 different companies from 25 countries, 158 delegations and approximately 33,000 accredited trade attendees, according to the statement.