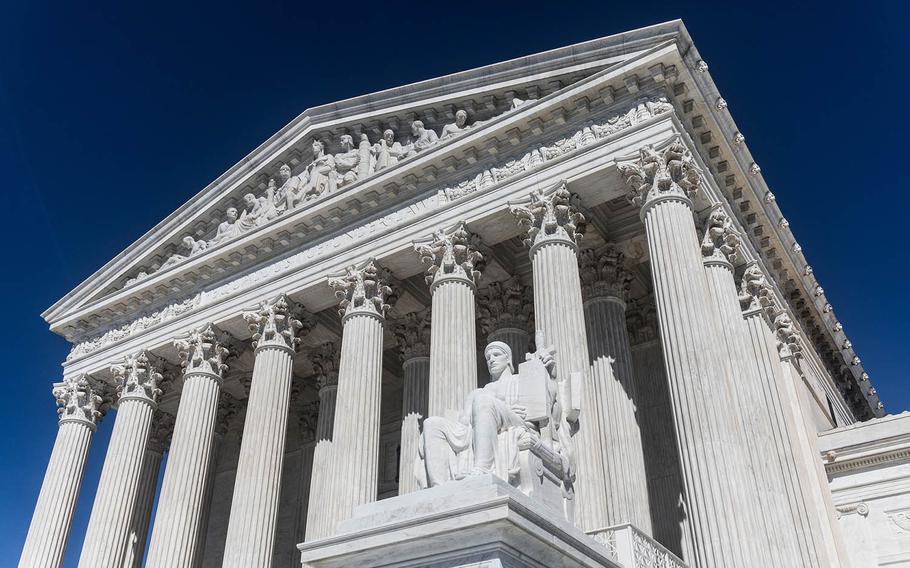 Guam's quest to get the Navy to help pay a $160 million bill to clean up Ordot Dump has reached the U.S. Supreme Court. (Pixabay)

The federal government has shielded the U.S. Navy from paying its fair share to clean up a toxic dump on Guam by selective use of two key environmental laws, an attorney for Guam argued Monday before the U.S. Supreme Court.

“The bottom line is that the United States wants to have its cake and eat it too,” said Gregory Garre, a former U.S. solicitor general, representing Guam, according to a transcript of oral arguments.

The Supreme Court has been asked to scrutinize the applicability of provisions found in the Clean Water Act and the so-called Superfund Act, both administered by the Environmental Protection Agency.

At issue is the cleanup of the 23-acre Ordot Landfill, which the Navy created during World War II for the vast amount of refuse generated during that conflict and later during the Cold War. It was also the primary dump used by Guam residents for decades.

The landfill, which the federal government turned over to Guam in the 1970s, has leached toxic waste into the Lonfit River and two of its tributaries.

Guam is faced with more than $160 million in cleanup costs for the site, according to court documents the territory filed.

“That figure is a staggering sum for the people of Guam, alone comprising nearly a fifth of its total annual budget,” according to Guam’s petition in October to the Supreme Court seeking to overturn a lower court decision.

The Supreme Court agreed in January to hear the case.

In 1980, Congress enacted the Comprehensive Environmental Response, Compensation, and Liability Act – or Superfund Act – that imposed the costs of cleaning up hazardous dumpsites on current and past owners of the sites and others who contributed to the hazard.

The EPA, which administers the Superfund Act, listed the Ordot dump as a priority for cleanup in 1983. The agency named the Navy as one of the parties potentially responsible for the site.

The federal government sued Guam to clean up the site in 2002, but instead of litigating under the Superfund Act it did so under the Clean Water Act. The case was settled by consent decree in 2004 when Guam agreed to close and cover the landfill. Guam did not admit liability in the decree.

Guam sued the Navy in 2017 under provisions in the Superfund Act that could force the federal government to contribute to cleanup costs.

A lower court decided that Guam could seek “contribution” by the Navy under the Superfund Act, even though the consent decree settlement had been wholly under the Clean Water Act.

The D.C. Circuit Court of Appeals reversed that decision, which Guam appealed to the Supreme Court.

Garre argued Monday that the federal government was unfairly standing in the way of the Navy sharing in the cost of cleanup.

“[The U.S.] sued Guam under the Clean Water Act in order to insulate itself from liability for its own role at the Ordot Dump,” Garre said. “And now it wants to block Guam’s actions to recover a portion of its cleanup costs by saying that the parties' settlement [through] the Clean Water Act … somehow barred a [Superfund Act] contribution claim.”

Vivek Suri, an assistant to the solicitor general representing the federal government, told the justices that the 2004 settlement resolved the issue of Guam’s liability and, thus, who should foot the bill for cleanup.

“A party resolves liability if it settles its legal obligation to perform or pay for a response action,” Suri said. “That's exactly what the settlement here did.”

The Supreme Court’s decision is expected in the next few months.