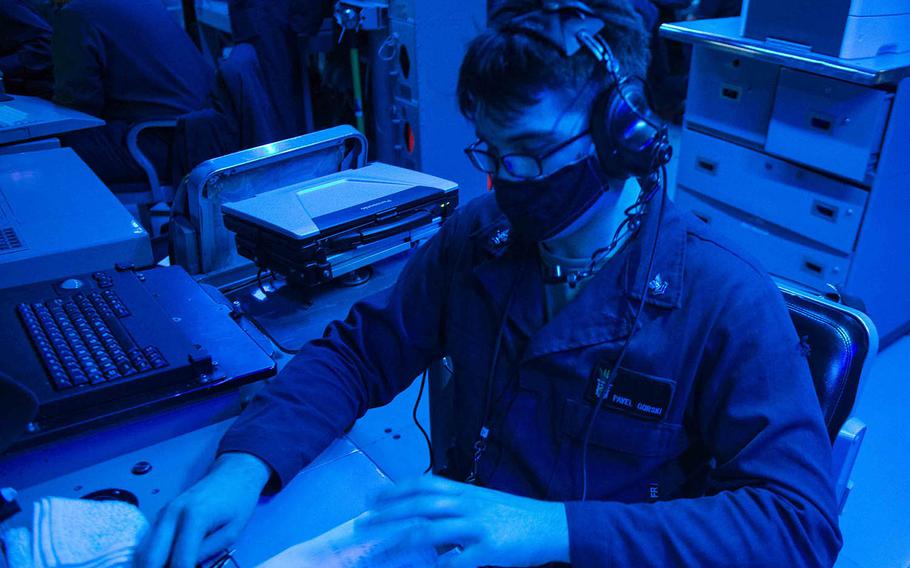 YOKOSUKA NAVAL BASE, Japan – The USS Curtis Wilbur sailed through the Taiwan Strait on Wednesday, the second time this month the Navy has sent a warship through the contentious waterway.

The guided-missile destroyer, homeported in Yokosuka, made the trip to “demonstrate the U.S. commitment to a free and open Indo-Pacific,” 7th Fleet spokesman Lt. Joe Keiley said in the statement Thursday.

However, the strait is considered an open waterway under international law, Keiley said.

The Curtis Wilbur’s trip came less than three weeks after the guided-missile destroyer USS John S. McCain steamed through the strait on Feb. 4.

After that passage – the first under President Joe Biden’s administration – Chinese Foreign Ministry spokesman Wang Wenbin told reporters that Beijing hopes “the US side will play a constructive role for regional peace and stability, rather than the opposite.

“China will continue to stay on high alert and is ready to respond to all threats and provocations at any time and will resolutely safeguard its national sovereignty and territorial integrity,” Wang said during a press conference on Feb. 4.