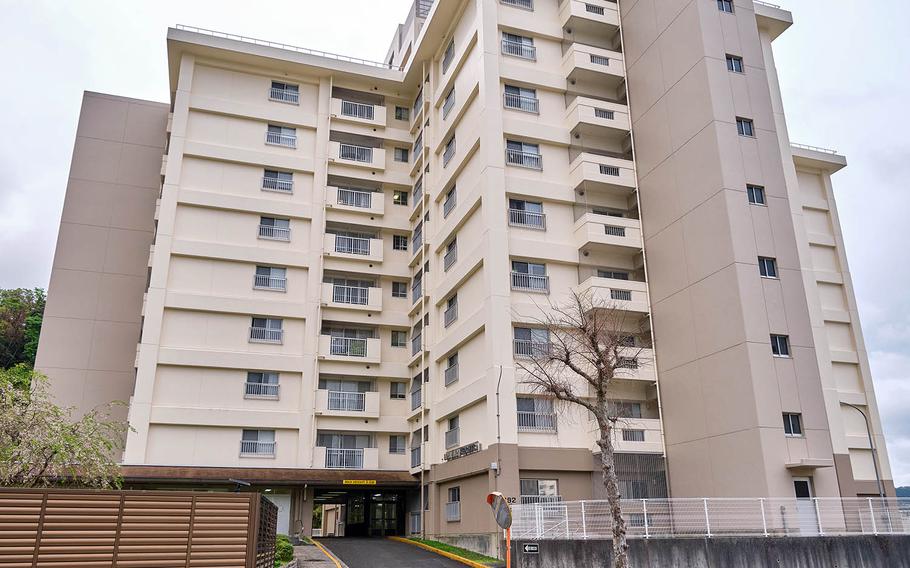 TOKYO — A Navy officer has been punished for penning a letter to the Yokosuka Naval Base housing office that excoriated his enlisted neighbors as “deviants” and “perverts.”

Yokosuka Naval Hospital determined that Lt. Nathanael Allison wrote the letter, in which he complained of being forced to live with his family in a building for enlisted families, according to Task and Purpose, a military news site, on Thursday.

Task and Purpose cited Regena Kowitz, a spokeswoman for Naval Medical Forces Pacific in San Diego. Kowitz did not respond to queries Friday from Stars and Stripes.

On Thursday, Yokosuka hospital spokeswoman Erika Figueroa said the matter was concluded with non-judicial punishment, which is administered by a unit commander for minor offenses.

Figueroa declined to identify the perpetrator by name or specify what elements of the Uniformed Code of Military Justice the letter writer faced.

“Anyone who engages in unbecoming behavior that brings discredit on the organization will be dealt with in an appropriate manner,” she said.

Kowitz, in San Diego, said privacy regulations prohibit the command from releasing details of the case, according to Task and Purpose.

Allison did not respond to an email query Thursday from Stars and Stripes.

A screenshot of the letter, written in February on Allison’s Google email with his name attached, began circulating on social media last week.

It said that the Ikego Housing Detachment, a housing area seven miles from the naval base, is a dangerous place for an officer and his family. Enlisted members are more likely than officers to abuse drugs and alcohol and commit violent crimes such as sexual assault, according to the letter, which contained many spelling and grammatical errors.

“It is hurtful, especially since I was 4th generation in my family to serve in the military,” Ikego resident Katie Archer, an enlisted Army veteran and military spouse, said in a Facebook message to Stars and Stripes on Thursday.

“His comments didn’t just apply to me and my husband and our children, but also to my father, my grandfather who died in Vietnam, my great grandfather who served in World War II and my favorite uncle,” she said.