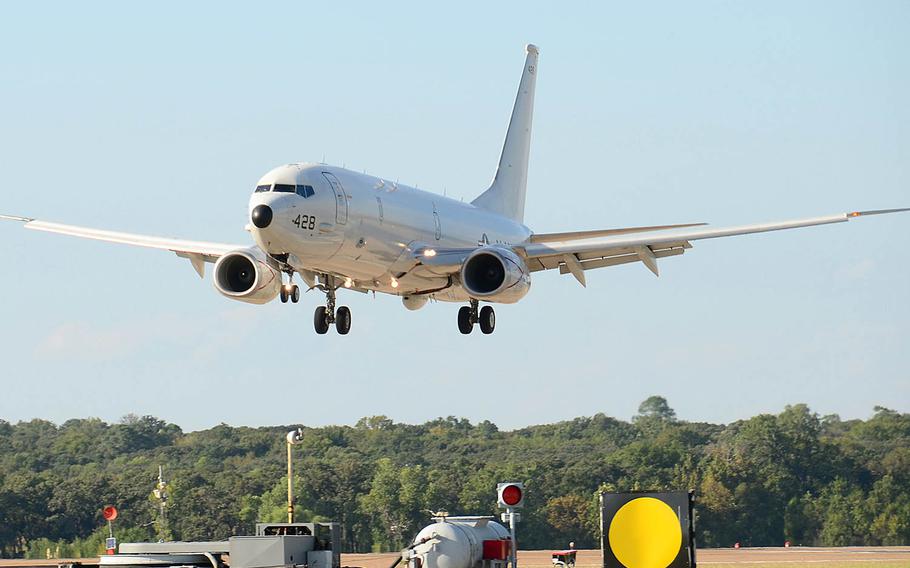 The Navy has rescued three fishermen who had been adrift for more than a week in the South Pacific.

A 19-foot skiff was reported missing Feb. 12 after failing to return from a fishing expedition near Chuuk Lagoon in Micronesia. The boat carried food and water but no radios or safety equipment.

Sailors from Patrol Squadron Eight traveled to Guam from Kadena Air Base, Japan, to join the search at the request of U.S. Coast Guard Sector Guam, a Navy statement said.

After searching on Tuesday for three hours, a P-8A Poseidon aircrew spotted the survivors, and dropped a search-and-rescue kit that included food, water, medical supplies and communications and signaling equipment.

The fishermen were picked up by a police vessel a few hours later.

“It was incredibly rewarding to be a part of saving lives — it’s what everyone joins the Navy to do,” Lt. Miles Schumacher, the Poseidon’s tactical coordinator, said in the statement. “We successfully demonstrated the capability of the [maritime patrol and reconnaissance aircraft] community to react quickly and effectively to operational requirements in the farthest corners of the globe. Hopefully this is just the first of many successful rescues by P-8A Poseidon aircrews.”