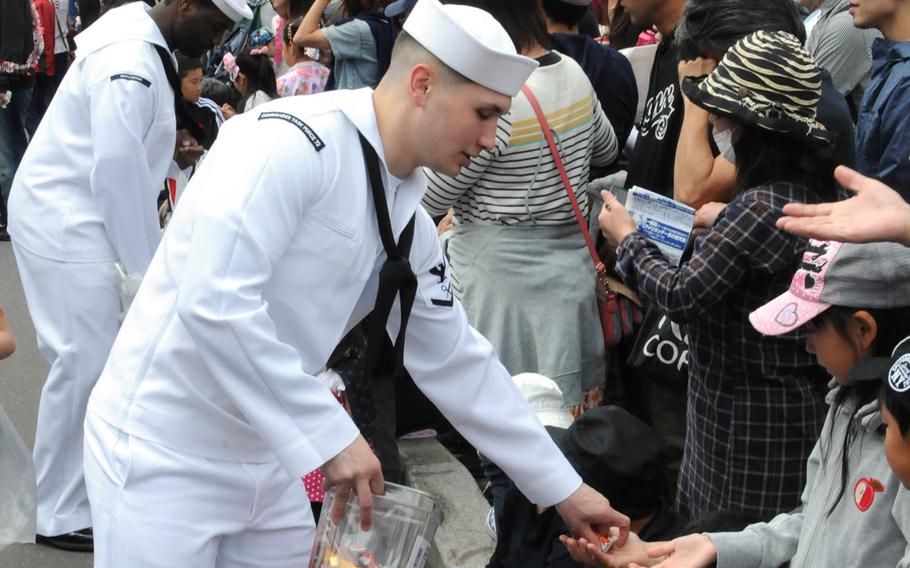 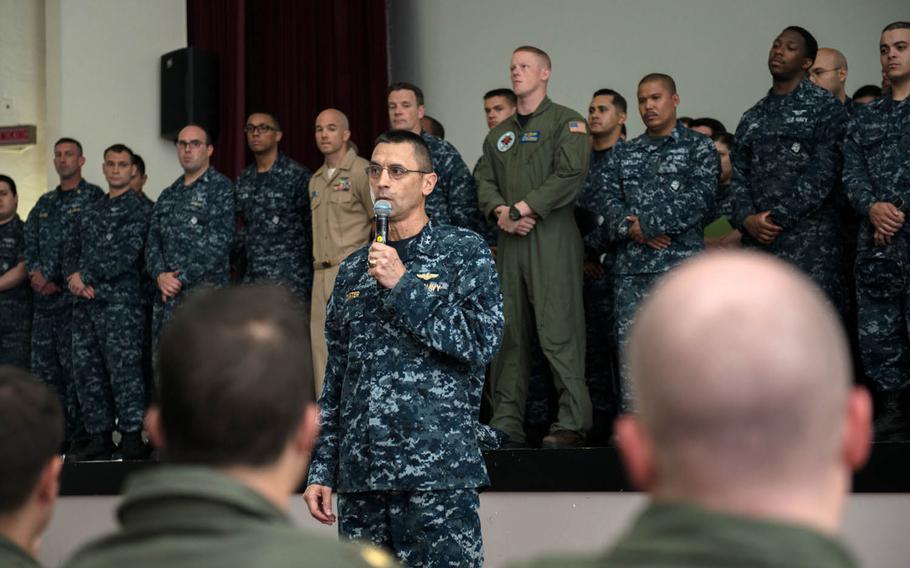 YOKOSUKA NAVAL BASE, Japan — Sailors in Japan are once again allowed off base, but a ban on alcoholic beverages remains following multiple high-profile arrests involving Navy personnel.

The ban on nonessential off-base activities that began Monday is being replaced by a requirement for sailors to file off-base daily activity plans, or one activity plan covering the weekend, Navy officials said Friday.

The plans must be signed by an officer in pay grade O-5 or above, meaning ship commanding officers will be reviewing the leisure activities of their most junior sailors.

In cases where a unit’s commander ranks below O-5, liberty plans will have to be approved at higher headquarters.

“It is not a small amount of paperwork … but it would also give commanding officers more knowledge about their sailors,” Naval Forces Japan spokesman Cmdr. Ron Flanders said.

Sailors must account for all non-essential activities off base except at their homes; however, they can write that they are going to dinner in Yokosuka, for example, without specifically naming a restaurant.

The new liberty system is temporary, as is the alcohol ban announced Monday that restricts sailors from drinking on or off base, including in their own homes.

Multiple sailors said they understood that recent criminal incidents and bad behavior have strained U.S.-Japanese relations to the point where President Barack Obama had to express regrets to Prime Minister Shinzo Abe during last month’s G7 economic summit in Japan.

However, some also said they resented restrictions based on the mistakes of a very small percentage of sailors and civilians.

A chief petty officer at an all-hands meeting Tuesday said the alcohol ban marked “the first time in my entire life that what I do in my home was controlled.”

Petty Officer 2nd Class Aimee Mejia drove the wrong way down a highway in Okinawa around 11:40 p.m., crashing into two vehicles and injuring local residents. Her blood-alcohol level was tested at 0.18, six times the legal limit in Japan, police said. She remains in Japanese custody.

The incident happened during a period of mourning declared by the U.S. military in memory of Rina Shimabukuro, 20, whose body was found in an Okinawa forest on in April.

Japanese police have recommended that civilian base worker Kenneth Franklin Gadson, who goes by his wife’s last name of Shinzato, face murder and rape charges in connection with the incident.

The cases have added intensity to protests on Okinawa, where half of all U.S. troops in Japan are based, and where opposition to relocating a Marine air station elsewhere on the island faces opposition.

“Our intent here continues to be to safeguard the vital relationship we have with Japan,” Aucoin said in a statement Friday. “We need to be proactive in identifying at-risk personnel and take care of each other before negative events occur.

“We will not allow alcohol-related incidents to degrade our force and impact our ability to defend Japan and provide security in the Indo-Asia-Pacific.”

Civilians, contractors, family members and personnel from other services are not required to abide by the alcohol ban but are being asked to “comply with the spirit of the order and refrain from consuming alcohol as an act of solidarity,” a Navy statement said Friday.

The off-base ban ended Friday morning after all sailors in Japan received face-to-face training with their commanding officers, executive officers and command master chiefs, according to the statement.