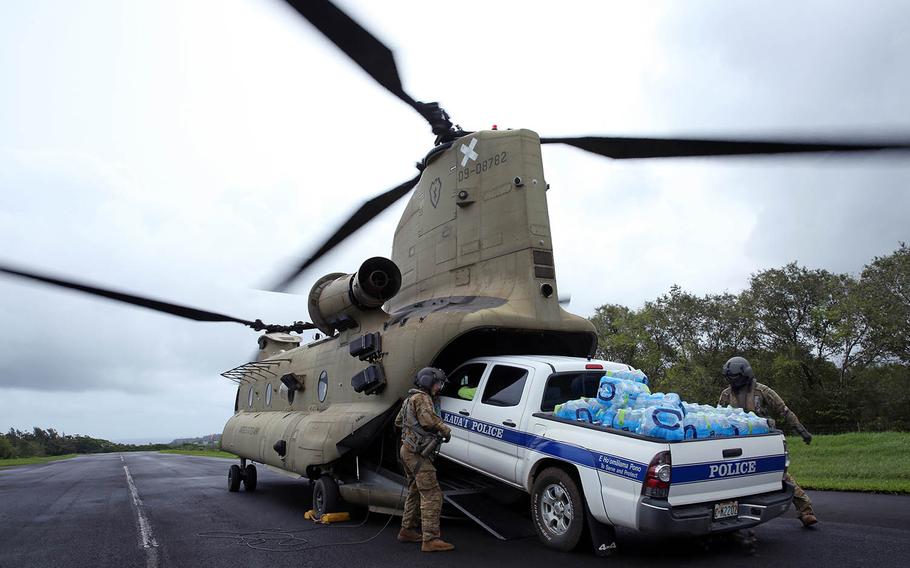 FORT SHAFTER, Hawaii — With flash flood warnings once again issued for the Hawaiian island of Kauai, the Navy is continuing relief efforts for residents hit by devastating landslides and flooding over the weekend.

Personnel from Barking Sands Pacific Missile Range on Kauai are providing aid in coordination with U.S. Pacific Fleet, the Navy said in a statement Wednesday.

The service has delivered a bulldozer, excavator and 40 55-gallon drums of fuel to the disaster site. The cargo was brought using a landing craft mechanized vessel owned by the Navy and operated by a family farm operation on neighboring Niihau Island, the statement said.

The 2,400-acre missile range, which has a 6,000-foot runway, uses a portion of Niihau for its operations.

The recent storm dropped 28 inches of rain in 24 hours on the island, causing flooding, utility outages, road closures and destroying homes on the north shore of Kauai.

The National Weather Service in Honolulu has issued a flash flood watch for the entire state through Friday afternoon.

The helicopters, which returned to Wheeler Army Airfield on Oahu Tuesday evening, also delivered about 43,000 pounds of food, water and clothing on Monday and Tuesday, the Army said.