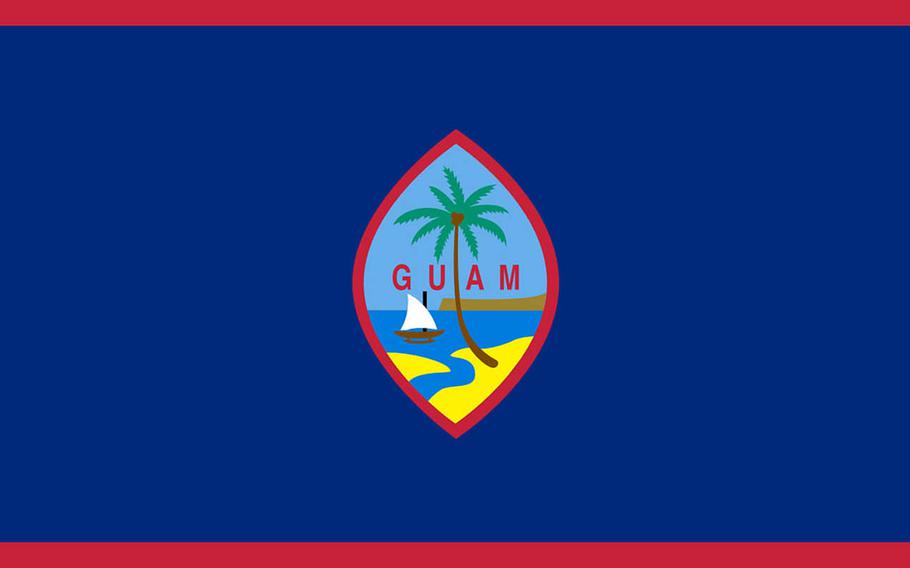 The flag of the United States territory of Guam. (Courtesy of Pixabay)

A marina near U.S. Naval Base Guam was evacuated for several hours Tuesday morning while law enforcement authorities checked out a possible explosive device.

Guam’s offices of Homeland Security and Civil Defense received a call reporting the device at Agat Marina at around 8 a.m., according to a joint statement released on social media. Agat is in the southwestern corner of the western Pacific island.

A photo posted by the Pacific Daily News newspaper showed the item sitting atop an orange dumpster. It was square and appeared to have some sort of tablet taped to it.

After the item was discovered, the marina and surrounding area were evacuated, and roadways were closed, the statement said. The Federal Bureau of Investigation, Guam Fire Department, Guam Police Department, U.S. Navy Explosive Ordnance Disposal, U.S. Coast Guard Investigative Service and Port Police were called to the scene.

Navy EOD arrived at around 9 a.m. and assessed and secured the item, the joint statement and the Pacific Daily News reported.

The area was deemed “all clear” at 12:15 p.m. after authorities confirmed the package was not a threat, U.S. Coast Guard Sector Guam officials said in a statement.

“All precautions were taken to ensure the safety of the public and all responders,” the joint statement said. “The Agat Marina, surrounding waters and roadways are open and resume normal operations.”

Additional sweeps of the harbor were conducted, Coast Guard officials said. The suspicious package will be turned over to the FBI for analysis.

Agat Marina is just a couple of miles from the Navy base as well as Naval Base Guam Ordnance Annex.