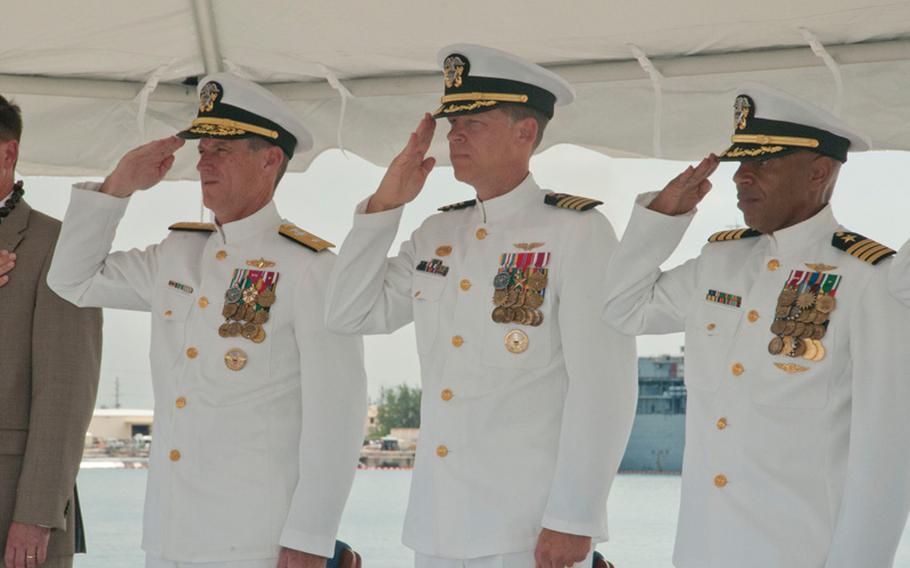 In his two-year tour, Ward led the base’s personnel during joint and multinational operations and exercises with the Navy’s 5th and 7th Fleets. Under his direction, the base supported more than 1,400 ship and submarine visits from the U.S. and allies, recording more than 3,000 berth days and transferring a total of 25 million gallons of fuel. He was also responsible for directing more than $500 million in various construction projects on the Navy base.

“What I’ve learned most are three things, Guam’s patriotism, rich history and culture, and focus on cooperation and team building,” Ward said. “For the past 24 months, I’ve had the honor of serving on this beautiful island with my family and I’ve been fortunate to meet truly great Americans.”

Ward’s next assignment is at U.S. Naval Forces Europe-Africa in Naples, Italy.

Anderson reports to Guam after serving as executive assistant at Navy Recruiting Command in Millington, Tenn.