N. Korea says it has ‘no intention’ to meet with Pence during Olympics 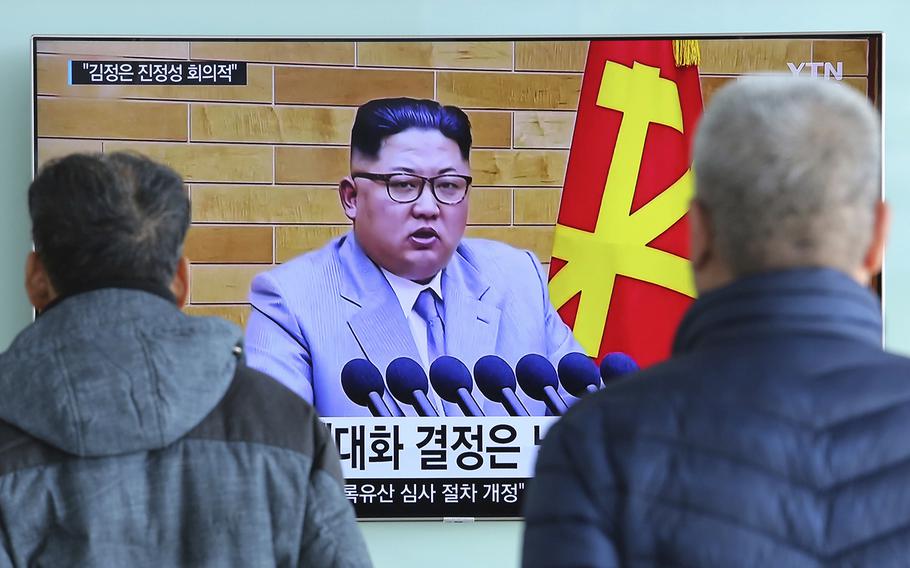 SEOUL, South Korea — North Korea said it has “no intention” to meet with Vice President Mike Pence during the Winter Olympics, putting a damper on South Korean hopes it could use the Winter Games as a springboard to get the two sides to the table.

North Korean leader Kim Jong Un’s sister and two other high-level officials will travel to the South on Friday for the opening ceremony after agreeing to participate in the games, providing a respite to months of rising tension on the divided peninsula. Kim Yo Jong will be the first member of the ruling family to visit South Korea since the end of the 1950-53 Korean War.

Pence, who spoke to troops Thursday in Japan, is leading the U.S. delegation to Olympics, raising speculation the adversaries could meet on the sidelines. The vice president left the door open earlier this week, saying he hasn’t requested a meeting “but we’ll see what happens.” He also said any engagement would include his ultimate message that North Korea must abandon its nuclear ambitions, an issue Pyongyang insists is not up for negotiation.

North Korea’s state-run news agency seemed to rule that out Thursday in reported comments by a top foreign ministry official.

“We have never begged for dialogue with the United States and it will be the same going forward,” the Korean Central News Agency reported Wednesday, quoting Cho Yong Sam, director-general of the ministry’s North American department.

“To be clear, we have no intention of meeting with the U.S. during our visit to South Korea,” he said.

He stressed the North Korean participation in the Olympics was to celebrate the international competition, not to use it as a political vehicle.

North Korean media serve as mouthpieces for the regime, but the situation on the ground could change rapidly as negotiations are likely taking place in great secrecy.

The North Korean roster of visiting dignitaries has been complicated by the fact that two of them face sanctions, which have been imposed in an effort to punish the communist state for its nuclear weapons program.

The head of the U.N. committee monitoring Security Council sanctions proposed granting an exemption for Choe Hwi, who was slapped with a travel ban and other measures last year, The Associated Press reported. It will be granted if no objections are received.

Kim Jong Un’s 28-year-old sister, who runs the propaganda department for the country’s ruling party, also has been blacklisted by the U.S. Treasury Department. That sanction is unilateral and doesn’t include a travel ban for South Korea, but Seoul has vowed to work closely with its longtime U.S. ally to ensure everybody is on the same page with regard to sanctions.

President Donald Trump and Pyongyang have spent the past few months trading threats and bellicose rhetoric even as the North conducted a series of nuclear and missile tests that raised alarm about its progress toward developing a weapon that could target the U.S. mainland.