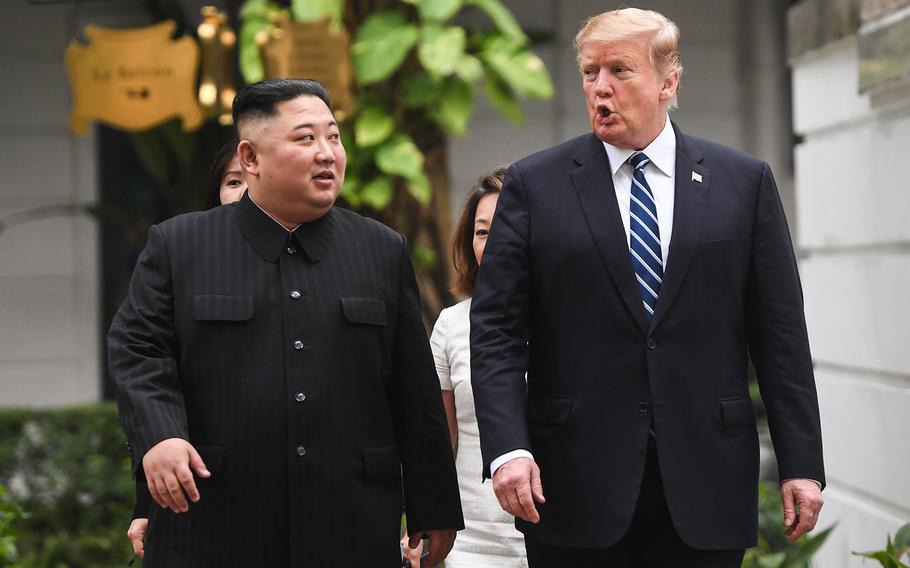 The dispute is stoking tensions further less than a month after the communist state conducted two short-range missile tests after a lengthy hiatus amid frustration over stalled nuclear talks with the U.S.

In Tuesday’s news conference, Kim called the seizure a manifestation of the “extreme hostile policy of the United States” against the North.

“The United States has infringed on sovereignty,” he warned, insisting the Wise Honest is a state-owned ship. “We regard it as part of our territory.”

He said the “egregious act” would have unspecified consequences on future developments and demanded the U.S. return the ship “without delay.”

In their unprecedented summit in Singapore, the U.S. and North Korean leaders agreed to improve relations and to work toward the “complete denuclearization of the Korean Peninsula.”

But diplomatic momentum stalled over the details and a second summit between the two men in Vietnam in late February collapsed without a deal.

The North Korean ambassador collected a series of questions from reporters after his opening remarks, instead of answering one-by-one, as is usual during news conferences.

The questions ranged from the treatment of the detained American university student Otto Warmbier, who died shortly after he was returned home in a coma, to the possible impact on inter-Korean relations.

But after listening to the reporters, Kim responded that he intended to keep the focus of the news conference on the ship.

“We’ll sharply watch the reaction of the United States,” he said, leaving the room after promising to answer questions on other topics at another time.

The Wise Honest — detained in April 2018 while en route to Indonesia — was towed to the U.S. territory of American Samoa last weekend so it can be inspected.

North Korea’s Foreign Ministry also has called it a “flagrant robbery” and demanded the ship’s return.

Critics questioned the Justice Department’s timing in announcing the seizure because it occurred shortly after the second missile test.

The ship’s seizure hits at one of the key sticking points, which is the North’s demands for a reciprocal approach to talks that includes sanctions relief in return for disarmament steps already taken.

The Trump administration insists on maintaining its policy dubbed “maximum pressure” until denuclearization is achieved.