Mom of Japanese hostage pleads for life, says he 'bears no hate' for Islam 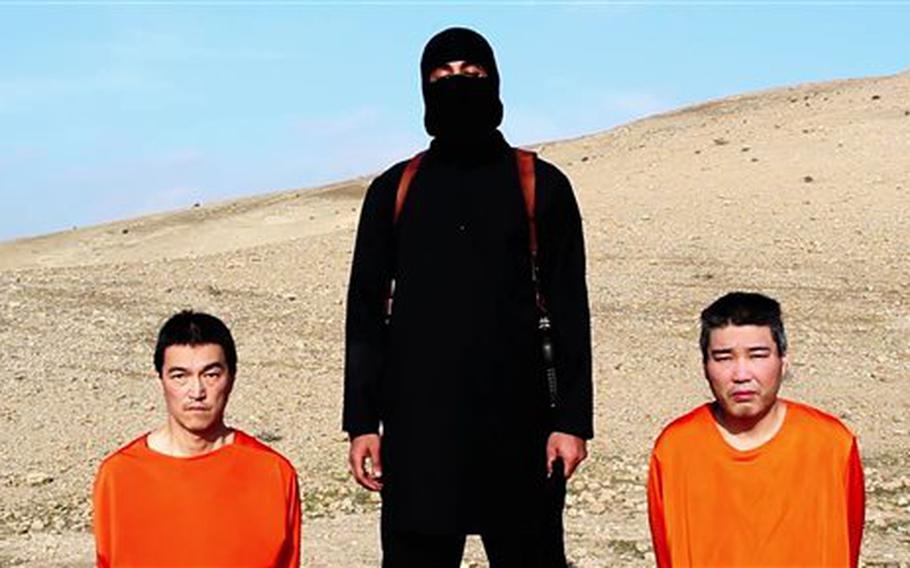 TOKYO — The mother of a man facing execution by the Islamic State group pleaded for his life Friday morning, just hours before a $200 million ransom demand expired.

Junko Ishido expressed her grief and pride for her son, freelance journalist Kenji Goto, at a press conference in Tokyo on Friday morning.

“I can only pray as a mother for his release,” Ishido said. “He bears no hate for the peoples of the Islamic faith … in fact, he and I both share this great hope that people can stop hating each other and work together for a common purpose.

“If I can somehow offer my life up, I would pray that my son would be released, because I feel that would be a very small sacrifice on my part.”

Talking from a podium before a packed room of international journalists, Ishido struggled with conflicting emotions: appreciation for her son’s convictions but also some anger that he followed them into such a dangerous place. Ishido revealed that Goto had a newborn child at home before setting off to Syria to find his kidnapped friend, fellow Japanese citizen Haruna Yukawa.

The Islamic State group had threatened to kill both Goto and Yukawa if it does not receive a $200 million ransom payment. The ultimatum deadline expired Friday. As of 9 p.m. Japan time, there was no word of the fate of the hostages.

“I asked my son’s wife why he made the decision,” Ishido said. “My son felt he had to do anything in his power to rescue a friend who was very important to him.”

Ishido also apologized for the inconvenience her son’s kidnapping had caused — an expression of regret that might seem unusual from a Western perspective but fits within Japan’s societal mores.

Goto, 47, is an experienced journalist, while Yukawa, 42, is a private security contractor. Government spokesman Yoshihide Suga said Thursday that Japan was trying all possible channels to reach those holding the hostages, according to The Associated Press.

The Japanese have few independent options. Its pacifist constitution prevents it from undertaking a military mission to rescue the hostages, though the government has pushed in recent years for laws that would change that.

Suga said Japan had not received any message from the Islamic State group since the release of the video, according to AP.