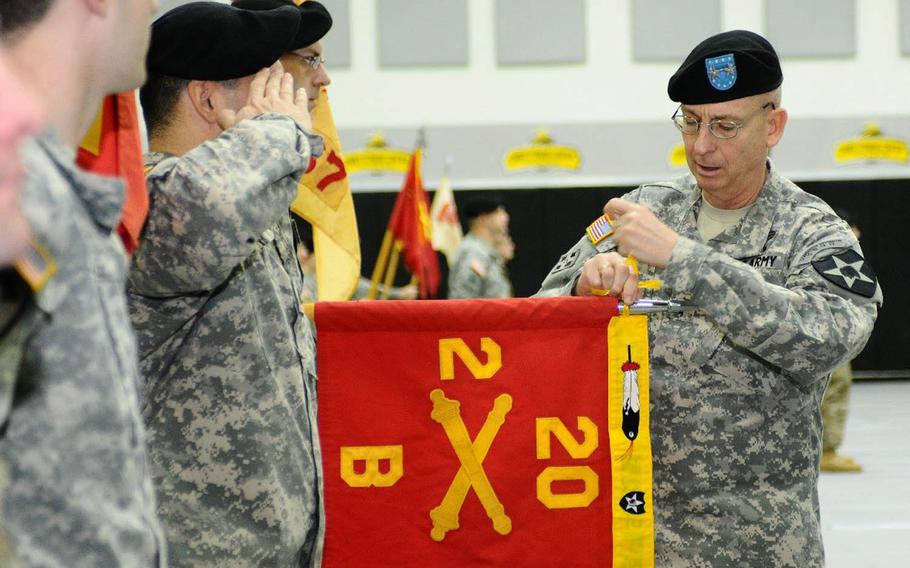 The Red Dragons arrived ready to fight, if needed, Lt. Col. Will Freds, 3rd Battalion commander, said in the statement.

“The 3-13 Field Artillery supported the 24th Infantry Division during the Korean War,” he said. “Now, 66 years later, we’re back.”

The MLRS can fire up to 12 short-, medium- and long-range missiles in quick succession to suppress enemy air defenses so helicopters can move into an area, provide counter fire against enemy artillery units or go after other targets.