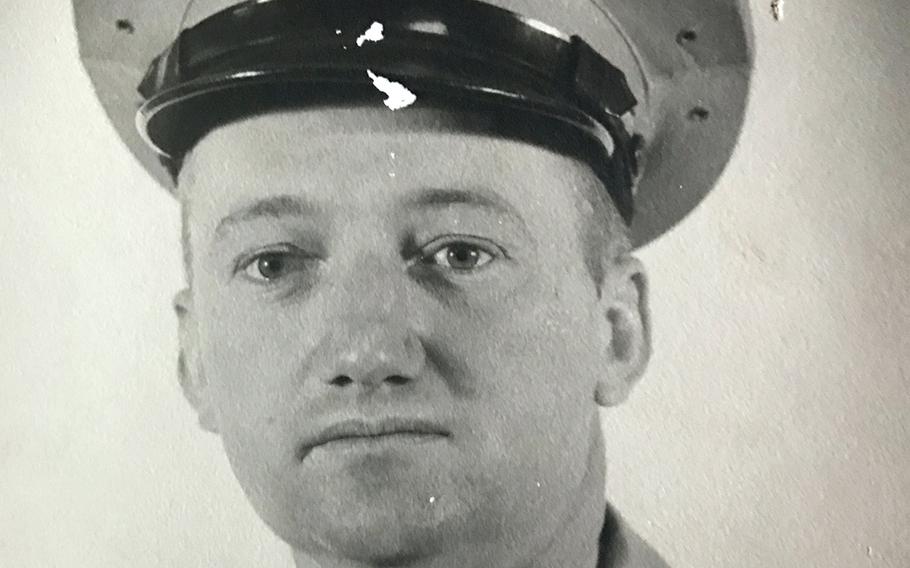 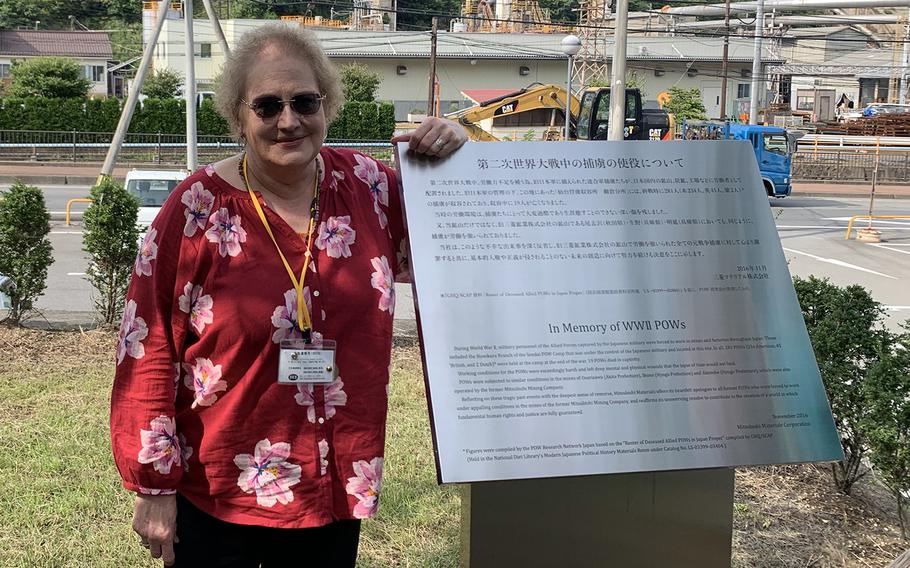 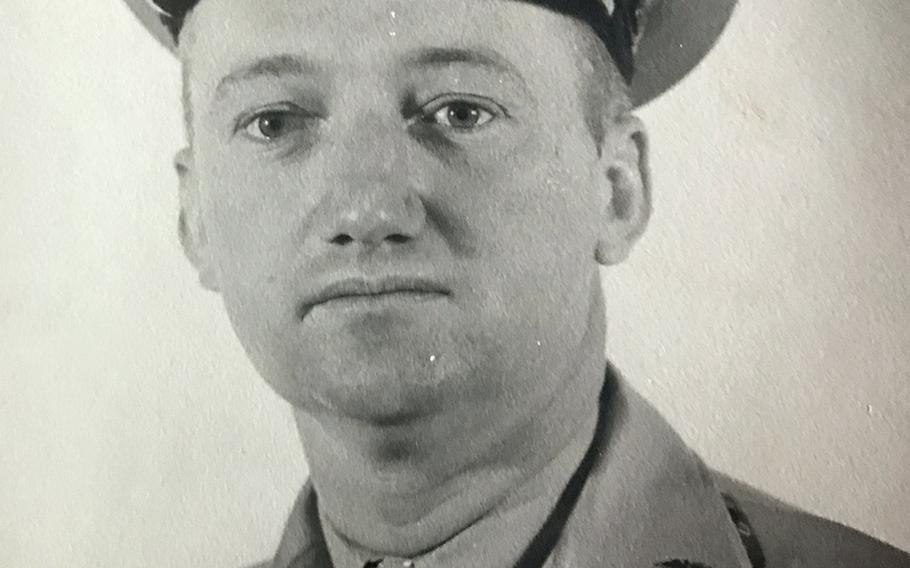 The daughter of a Marine Corps veteran got an apology from Mitsubishi Materials Corp. during a visit Wednesday to the site of a mine where the veteran worked as a prisoner during World War II.

George Burlage, a member of the 4th Marine Regiment, was captured on Corregidor in May 1942 and spent time in prisoner of war camps in the Philippines and Taiwan before traveling to Japan in a “hell ship” prisoner transport.

The Visalia, Calif., native ended the war working at a lead and zinc mine operated by Mitsubishi Mining in northeast Japan, according to his biography provided by the American Defenders of Bataan and Corregidor Memorial Society.

This week, his daughter Georgianne Burlage, 64, of Denton, Texas, traveled to her dad’s old POW camp, now a tourist attraction called Hosokura Mine Park in Sendai, as part of a trip for eight children of American POWs arranged by the Japanese government.

Some 27,000 U.S. troops were captured by Japan during the war and suffered in hellacious conditions at the hands of their Japanese captors: torture, starvation, disease, exposure and the continual deaths of their brothers in arms. About 40% percent of the POWs perished — 1,115 of them after being sent to Japan to work as forced laborers at more than 100 camps run by approximately 60 companies.

The visit by POWs’ children this week was the 11th delegation of the U.S.-Japan POW Friendship Program, which Japan established in 2010 to promote reconciliation and remembrance between the two countries.

Back in Tokyo on Thursday, Georgianne said her visit to the Sendai mine site, now a tourist attraction with amusement rides and statues of miners at work as well as a plaque commemorating the POWs and slave laborers who worked there, was emotional.

“Officials from Mitsubishi met us and formally apologized to me for what happened to my father,” she said in a phone interview Thursday. “That meant a lot to me. They were very gracious.”

George, who told his family plenty of war stories before he died at age 90 in 2008, had a tough time in the mine, drilling, tunneling and working with explosives, she said.

“He lost half his weight as a POW. He went to war weighing 200 pounds and only weighed 100 pounds when they were liberated,” she said.

Despite his ordeal, her father hadn’t expressed animosity toward the Japanese people and remained philosophical about his time in captivity, she said.

“They were mistreated but he always said it was 40 months of his life. He didn’t let it ruin the rest of his life,” she said.

Her father recalled his role as a camp arm breaker, she said.

“He would break his fellow POWs’ arms, so they didn’t have to work. He would put their arms between two logs and hit them with a board. He broke 18 to 20 arms,” she said.

The POWs were always looking for ways to sabotage the mine, she said.

“He used to take pins out of the [mine] cars so they would roll downhill [and crash],” she said.

Her father returned to Japan twice after the war, including once as a combat correspondent for a Marine Corps publication called Leatherneck, during the Korean War and another time, in 1967, on his way to the Philippines for the 25th anniversary of the fall of Corregidor, she said.

Georgianne went to the Philippines two years ago. She said she jumped at the opportunity to see where her dad was in Japan after hearing about the trip through the Memorial Society.

Another POW’s daughter in Japan for the trip was Joanna Sieberg, 71, of Carlsbad, N.M. Her father, Charles James, was a member of the 200th Coastal Artillery Regiment that deployed to the Philippines from New Mexico in 1941.

It was Sieberg’s first visit to Japan, she said, adding that she came after hearing stories about past POW visits and getting an invitation from the Memorial Society.

James was captured at the fall of Bataan and survived the Death March, Camp O’Donnell, Bilibid Prison and the “hell ship” Nagato Maru before arriving at the Yokogawa Steel Mill in Osaka in late 1942, according to his biography provided by the Memorial Society.

“He became a steel cutter working 12 to 15 hours each day on only two small bowls of rice,” the biography states.

Sieberg, who wrote a book about her father’s war experiences titled “Charlie, To Bataan and Back: The Journey of Little Boy Blue,” tried to visit the steel mill on Wednesday but was turned away, she said.

Her father told her stories about the cold conditions in Japan and suffering from beriberi, a disease caused by vitamin deficiency that left him unable to walk for months, she recalled.

James, who died at age 89 in 2011, also didn’t have lingering animosity toward the Japanese, his daughter said.

“When they found out that the war was over, they were able to walk out of the camp and they shared the food that was parachuted in with Japanese children who had also been suffering,” she said.

James returned to the Philippines by ship after the war but never flew in an aircraft or came back to Japan, she said.