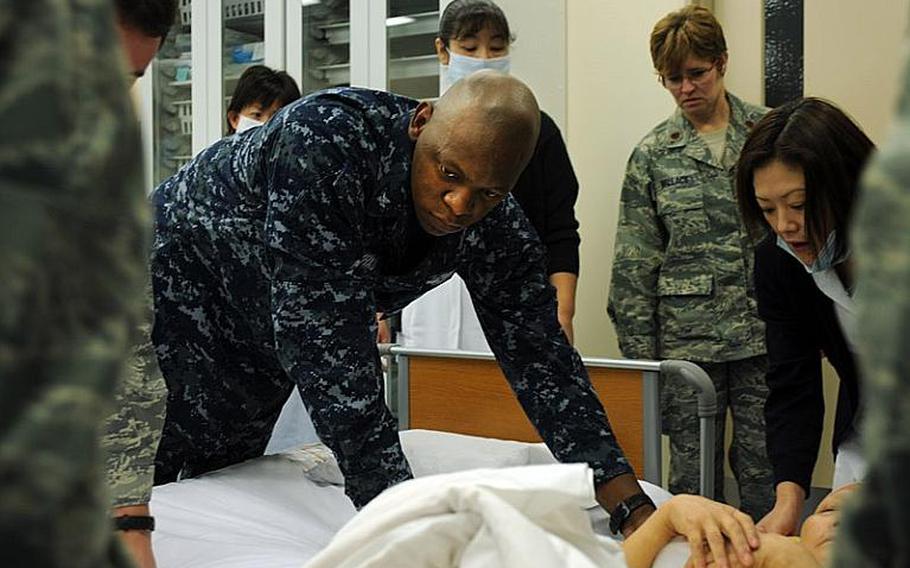 The Naval Air Facility Misawa sailors and airmen from the 35th Medical Group brought two ambulances to assist in the move from the old Misawa City Hospital, according to a Navy news release.

U.S. medical officials said the base enjoys a strong relationship with Misawa City and its hospital.

&ldquo;They have helped us so much before with patient care, so we were glad to be able to help them as they move to this wonderful new facility,&rdquo; said 35th Medical Group deputy commander Lt. Col. Dean Prentice.

According to the release, military community personnel are often referred to the city hospital for tests and procedures that can&rsquo;t be conducted on base.