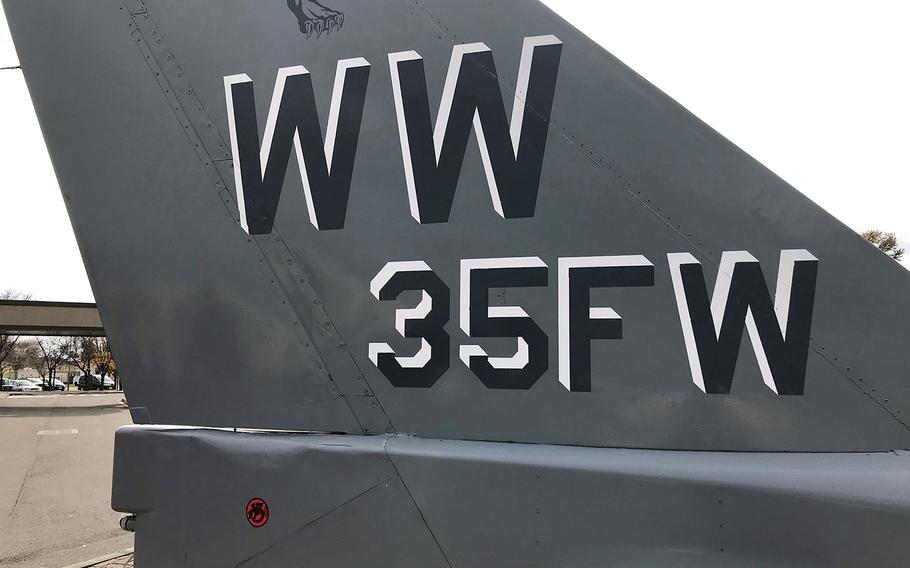 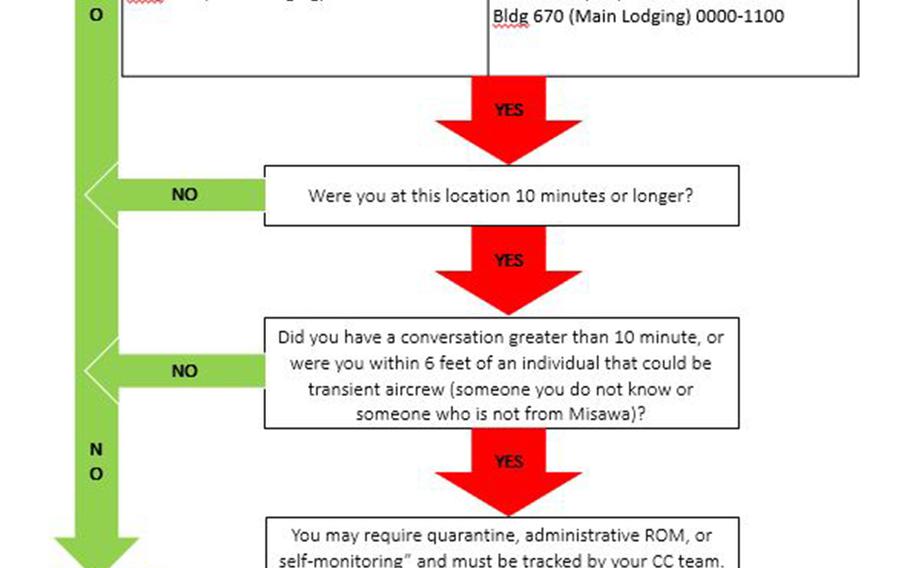 Misawa Air Base released a contact-tracing graphic related to a visiting aircrew with members who were confirmed to have the coronavirus. (Misawa Air Base)

All personnel at Misawa Air Base in northern Japan were told to shelter in place for 24 hours early Wednesday after members of a visiting aircrew were confirmed to have the coronavirus.

The infected were among “transient air crews” that arrived at Misawa on Monday evening and were all asymptomatic at that time, Col. Kristopher Struve, commander of the base’s 35th Fighter Wing, said in a video posted to Facebook on Wednesday afternoon.

“Tuesday morning, we received word from their home-station unit that members of their unit had tested positive for [the coronavirus],” he said. “We immediately placed all the members here at Misawa Air Base into isolation and began testing. Since that time, we’ve had more than one member test positive … all those members have remained inside the isolation tower since, and we are still continuing our testing.”

The medical team with the 35th Fighter Wing completed contact tracing to determine whether any of the infected individuals had close contact with anyone on Misawa, the base announced on its Facebook page early Wednesday.

Officials also compiled and released a list of places visited by the infected members. The list, which also notes the times those crewmembers were at those spots, includes the commissary, food court, shoppette, Popeye’s, Dunkin’ and two lodging facilities.

“It became apparent that they’d gone to more locations than we anticipated,” Struve said during a virtual town hall broadcast by American Forces Network Radio on Wednesday evening.

Struve, who went as far as to identify which cash registers the infected members used at the commissary and shoppette, said no one who tested positive had eaten inside the food court or traveled off base. Each location was deep-cleaned twice, he added.

Anyone who was in and around these facilities at the same time as the infected members “will be required to self-monitor to include taking temperatures and reporting any newly-developed cough, fever, loss of taste or smell, etc.,” the base announced in a separate Facebook message Wednesday evening.

The shelter-in-place order expires at 1 a.m. Thursday. At that time, off-base liberty will be restricted for the next 24 hours.

“We owe it to our off-base community in Misawa to complete our due diligence,” Struve said on AFN.