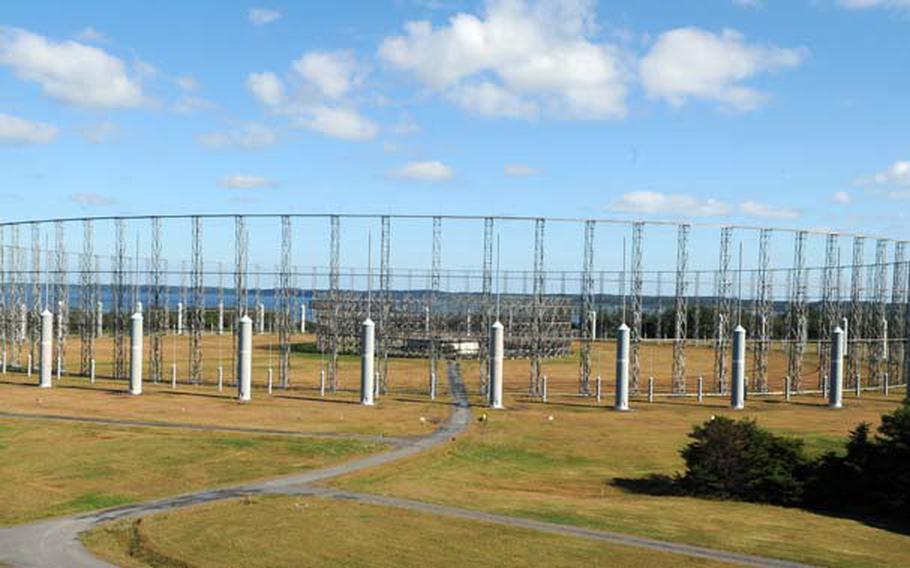 TOKYO — Now is the time for the elephants to strike.

Misawa Air Base began the long-planned dismantling of the Cold War-era antenna array known as the “Elephant Cage” on Wednesday.

The Elephant Cage earned its nickname, in part, due to the secrecy surrounding it.

The cage, which was built from 1963-65, stood 137 feet tall and contained three concentric circles. It was impossible to ignore, but its purpose remained classified for years.

On a website maintained by the Federation of American Scientists, a former airman wrote that his Misawa-based supervisor, Chief Master Sgt. Joseph Rabig, perpetuated the Elephant Cage moniker.

“He maintained that was their purpose and justified the explanation by pointing out: 'They work pretty well, don't they? You don't see any elephants running around loose do you?' I guess the name stuck."

Others speculated that the cage, known properly as the FLR-9, was a “missile catcher” deployed to defend against a Soviet Union attack.

Its actual purpose was a bit less dramatic.

The Elephant Cage, which was modeled on a previous German design, was built to detect high-frequency radio waves transmitted by the Soviet Union and its satellite states. It could directionally locate signals from up to 4,000 nautical miles away, according to Misawa officials.

With the advancement of space-based and other technologies, the Elephant Cage has outlived its usefulness, Air Force officials said.

Misawa’s version was one of several cages built around the world at various installations, including Clark Air Base in the Philippines and RAF Chicksands in England.

The last Elephant Cage still operating is at Joint Base Elmendorf-Richardson in Alaska.

The Elephant Cage at Misawa was decommissioned in 2012 and was supposed to be dismantled last year, but contracting and funding issues delayed it until now, Misawa officials said.

When demolition is completed, the Air Force will have a pleasant dilemma on their hands: what to do with large chunk of waterfront property.

“There are talks of possibly expanding Leftwich Park, which is near the site,” 35th Fighter Wing spokesman Staff Sgt. Tong Duong said.

Grass will be replanted at the site in the near term, Duong added.