Misawa Air Base maintenance commander fired for ‘loss of confidence’ 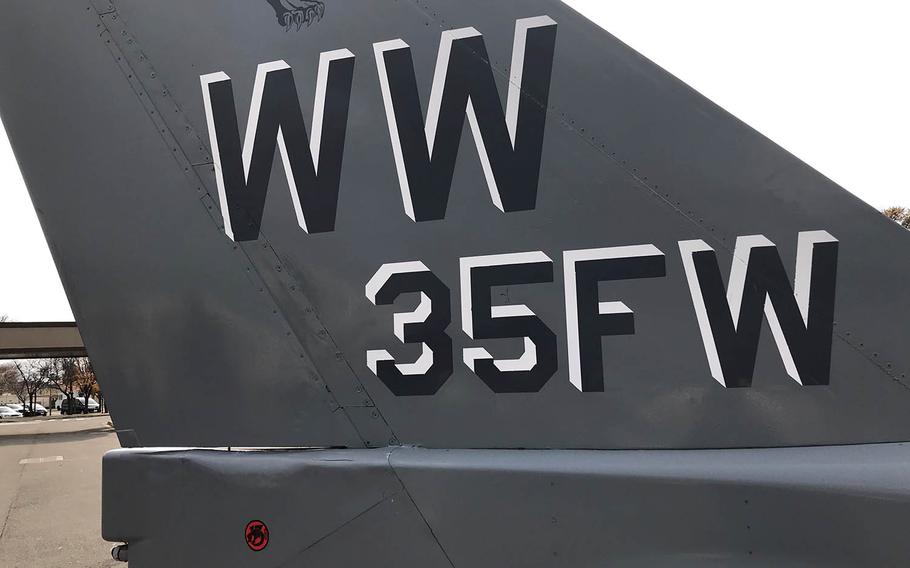 The 35th Fighter Wing at Misawa Air Base in northeastern Japan relieved the commander of its maintenance squadron on Monday, according to a report. (Aaron Kidd/Stars and Stripes)

The 35th Fighter Wing at Misawa Air Base in northeastern Japan relieved the commander of its maintenance squadron on Monday, according to a media report.

“A decision of this magnitude is never easy to make, but it’s the right decision in ensuring we’re maintaining the highest standards of leadership in the 35th Fighter Wing’s ranks,” Struve said, according to the report.

Moehle assumed command of the maintenance squadron in June 2018, the report said.

As a major in March 2016, Moehle temporarily took over the 1st Aircraft Maintenance Squadron at Langley, Va., when its commander at the time, Lt. Col. Ivan Pennington, was relieved by the 1st Wing commander for the same reason, lack of confidence.

At Misawa, Moehle had responsibility for keeping the 44 F-16CM fighters ready to fly. Their role in combat is to clear a path for friendly aircraft by defeating opposing anti-air missiles and other defenses. The Wild Weasels typically arrive early during an air attack.

Moehle as a captain graduated in December 2011 from the U.S. Air Force Advanced Maintenance and Munitions Officer School, Combat Support Course, at Nellis Air Force Base, Nev., according to the Air Force.

He entered the service in 2004 and was commissioned through the Reserve Officer Training Corps, according to the Air Force Times. His decorations include the Meritorious Service Medal, the Air Force Commendation Medal and the Air Force Achievement Medal, the report said.