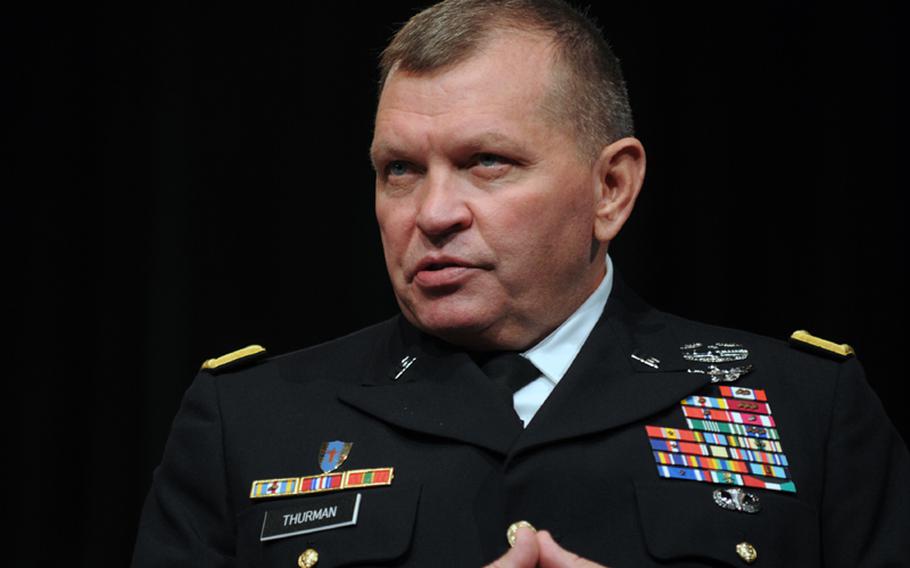 “This curfew is imposed due to operation and mission-readiness requirements,” Thurman wrote in a memorandum. “I expect USFK will maintain an appropriate state of awareness and mission preparedness for a significant period.”

The order, which replaces a similar one issued in December 2011, says the curfew “will be reviewed as needed to determine its continued suitability.” The previous order said the curfew would be reviewed quarterly.

Attempts to get comment from USFK officials on why the new order was issued were unsuccessful Thursday.

Previous USFK commander Gen. Walter Sharp rescinded an unpopular 9-year-old curfew in July 2010, saying it was not necessary because troops could be trusted to behave off base.

Three months later, Thurman reinstated it after a rash of incidents involving U.S. servicemembers, including two high-profile rape cases, sparked widespread criticism from the Korean public, media and lawmakers, who suggested not enough was being done to control the 28,500 American troops here.

Troops were initially not allowed in off-base establishments from midnight to 5 a.m. weekdays and 3-5 a.m. on weekends and holidays. That was later changed to the current 1-5 a.m. daily curfew.

The curfew applies to all U.S. troops in South Korea except those attached to the U.S. Embassy or the Joint U.S. Military Affairs Group-Korea. Military family members, Department of Defense civilians and contractors, as well as their family members and visitors, are encouraged to abide by the curfew, according to USFK.

For weeks, Stars and Stripes has been seeking statistics comparing crime rates and alcohol-related incidents by American servicemembers before and after the curfew was reinstituted.

An 11 p.m.-5 a.m. curfew was imposed for U.S. servicemembers in Japan after two sailors allegedly raped a woman on Okinawa.