Midnight curfew in effect for some soldiers in South Korea 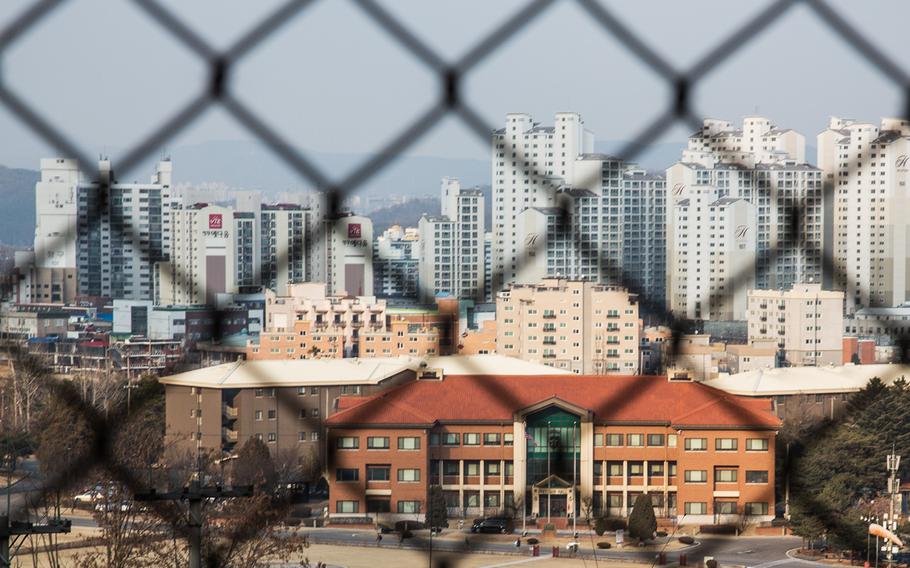 OSAN AIR BASE, South Korea — A midnight curfew is now in effect for the sole U.S. Army infantry division in South Korea.

A 2nd Infantry Division policy memo published Tuesday says soldiers are required to be on base, at a residence or inside a hotel room by the new deadline, instead of the U.S. Forces Korea standard of 1 a.m. followed until Monday.

The curfew, which officials called a “readiness recall,” still ends at 5 a.m.

2ID did not identify any specific incident that sparked the change to the policy, but said readiness of the unit’s 12,000 troops was its main concern. South Korean police outside of Camp Casey and Camp Humphreys said Wednesday they had not noticed a significant increase of incidents involving U.S. personnel.

“The recall readiness time was moved one hour earlier in order to ensure that the division is consistently and completely in compliance with the U.S. Forces Korea readiness recall policy,” 2ID spokeswoman Lt. Col. Junel Jeffrey told Stars and Stripes Wednesday.

The policy requires 90 percent of 2ID’s available troops to be able to muster within four hours.

The memo also put Memorial Day weekend plans for some soldiers in jeopardy by nixing nonemergency leave and off-peninsula passes for rotational units such as the1st Armored Brigade Combat Team out of Fort Stewart, Ga. That change aligns it with U.S. Army Pacific policy on leave for operational deployments across the Pacific.

“Given [Tuesday’s] effective date of the policy, fewer than 15 rotational training unit soldiers may be affected and the command is working with those soldiers on a case-by-case basis,” Jeffrey said.

The memo also announced that units will be required to report 100 percent accountability to the 2ID command staff on nonduty days by 12:30 a.m.

Jeffrey said subordinate units can use their own discretion on how to report their numbers, and the new policy does not mean troops need to be in their bunks by that time. She also said there is no division rule requiring soldiers to be in teams or in pairs known as “battle buddies” when off post.

Curfews have been an unpopular mainstay for U.S. servicemembers in South Korea over the years, but it found permanency in 2001 after the 9/11 attacks.

Jeffrey said the new 2ID policy will be in effect indefinitely until a newer policy regarding the issue is released. Eighth Army officials said there was no change to its curfew policy.

A short reprieve of the curfew policy came in 2010 when then-USFK commander Gen. Walter Sharp rescinded the curfew. “I believe that we can trust our servicemembers to do the right thing,” he said at the time.

However, it was reinstated a year later after two high-profile rape cases involving U.S. soldiers sparked outrage among South Koreans.

In 2016, so-called “Cinderella” passes that allowed servicemembers out past curfew were heavily restricted shortly after a video of a New Year’s Day brawl in Seoul’s popular Itaewon district went viral.

About 28,500 servicemembers are stationed in South Korea, where the two Koreas have been technically at war after the Korean War ended in 1953 with an armistice instead of a peace treaty.