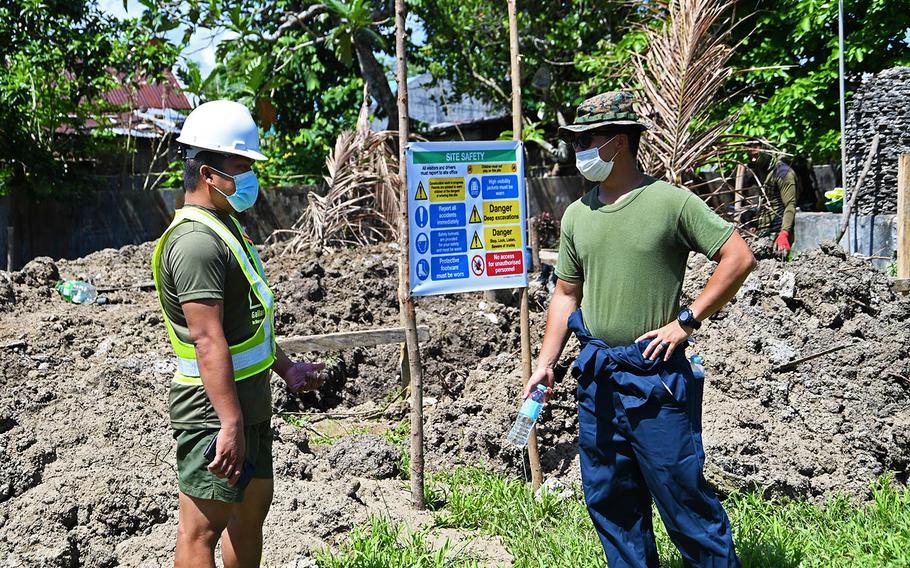 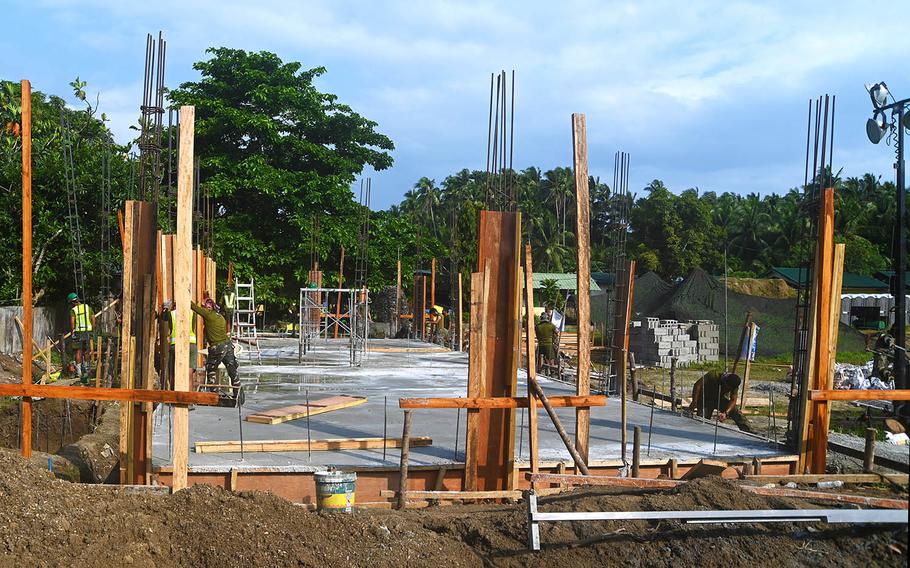 When the coronavirus pandemic recedes in the Philippines, some children living near its capital city will return to a renovated school thanks to U.S. and Philippine combat engineers.

Seventeen Marines and a Navy corpsman from the 9th Engineer Support Battalion out of Camp Hansen, Okinawa, worked over the past month with about 20 members of the Philippine army’s 564th Engineer Construction Battalion to improve Ilosong Elementary School in Quezon City.

“Humanitarian assistance projects are the second-best thing we can get besides a combat deployment as combat engineers,” 1st Lt. Julian Taruc, 26, who led Marines involved in the project, said in a telephone interview Friday.

The Marines spent their first two weeks in-country quarantined at a hotel, then slept in the school’s empty classrooms during the work. The kids are at home learning virtually due to the pandemic, Taruc said.

Medical experts quoted Tuesday in the South China Morning Post warned that the Philippines could face the same sort of virus surge as India, which is experiencing 300,000 new cases each day. More than a million people in the Philippines have contracted the virus and nearly 17,000 have died of its complications, according to the Johns Hopkins Coronavirus Resource Center.

The pandemic forced the cancellation of last year’s Balikatan drills but, this month, 736 Philippines troops and 225 U.S. service members trained together in the Southeast Asian nation, officially completing the exercise Friday.

Before and during Balikatan, the Marine engineers built a reinforced concrete classroom, 23 feet by 50 feet, at the school, which includes several buildings in poor repair, Taruc said.

“We probably wouldn’t do this quality of construction in places like Iraq or Afghanistan,” he said. “If we are doing a forward operating base, we build something temporary.”

The project proved that U.S. and Philippines combat engineers can work well together, Taruc said.

“They (Philippine troops) have different methods and ways of getting the same things done (but) we can work together with them pretty well on these type of humanitarian missions,” he said.

Taruc — the son of Filipino parents who moved to the United States from Pampanga province north of Manila when his father joined the Navy — encouraged his Marines to sample local food such as pancit, a noodle dish, he said.

The Marines were wrapping up the project and getting ready to head home, he said.