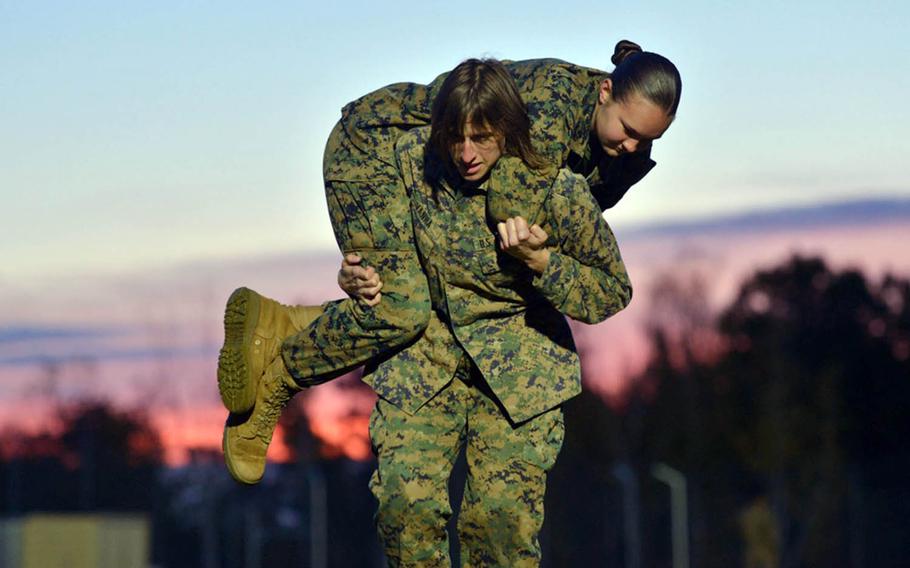 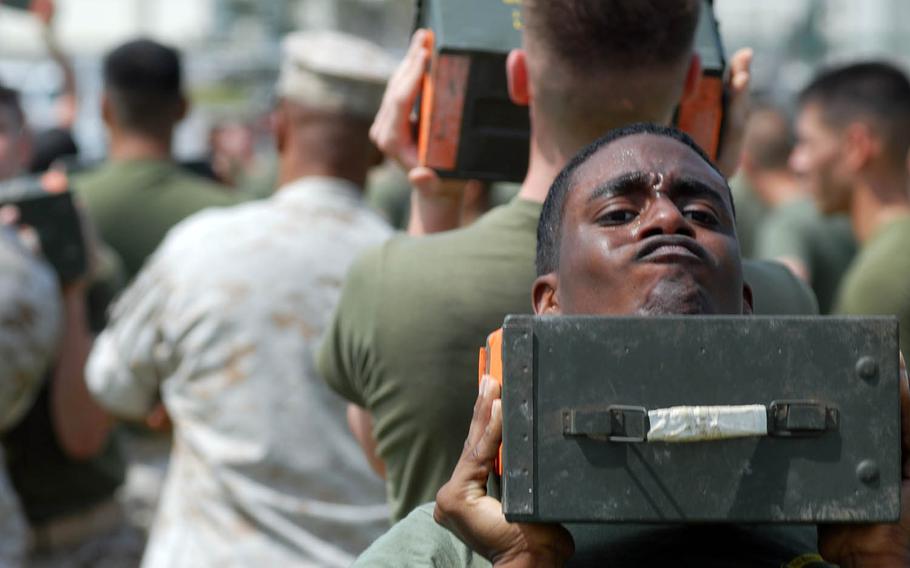 Marine Corps commanders may issue waivers for Marines, or even whole units, for semi-annual combat fitness tests if the testing sites cannot accommodate safety measures to protect against the coronavirus, a spokesman for III Marine Expeditionary Force on Okinawa said Monday.

The Corps is putting mitigating steps in place, such as screening Marines and taking their temperatures before the tests, disinfecting equipment and mandating face masks, said 1st Lt. Pawel Puczko by email to Stars and Stripes. He said Marines who are at a higher risk of contracting the coronavirus or share quarters with someone who is at a higher risk may apply for waivers.

In April, Marine Corps Commandant Gen. David Berger ordered a halt to all fitness testing due to the coronavirus. Last month, the Corps announced it will resume its physical fitness and combat fitness tests despite the ongoing pandemic.

Marines will have until the end of December to complete both tests, according to a Sept. 21 memo.

Individual waivers will be evaluated on a case-by-case basis, Puczko said.

“The health and safety of our Marines is always a top priority,” he said. “Commands across III MEF have demonstrated their dedication to keeping Marines and families safe from COVID-19 through diligent planning and implementation of safety protocols.”

The allowance for commanders to issue both combat fitness test and physical fitness test waivers will extend across the Marine Corps, according to a Marine administrative order.

Social distancing may prove difficult during the combat fitness test, in which one event requires Marines to drag and carry each other to simulate maneuver under fire, according to the official Marine Corps website.

The Air Force in September postponed its physical fitness assessments until January 2021. Body composition measurements — waist, height and weight — are postponed until further notice, according to last month’s announcement.

All airmen will receive maximum points for the so-called “abdominal circumference” component as part of their official score, including those with exemptions to that waist measurement, the statement said.

“We know people are staying fit regardless, but we want to give our Airmen enough time to prepare,” Air Force Chief of Staff Gen. Charles Q. Brown Jr. said in the statement.

“Although the Navy PFA Cycle 2, 2020 has been excused, Sailors are reminded to make good choices for a healthy diet and are to continue a level of fitness to maintain Navy physical fitness standards,” the message said.

Thursday, the Army adopted its long-planned, six-event physical fitness test as its official evaluation, but with fitness testing suspended amid the coronavirus pandemic, service leaders said soldiers’ scores will not count for some time, according to a June statement by Sgt. Maj. of the Army Michael Grinston.

Once restrictions are lifted, according to Grinston, the Army will use information it gathers from soldiers taking the Army Combat Fitness Test to make any adjustments to the test. The scores will not be used to assess soldiers in any official manner, including on annual evaluations.

The Army plans to reexamine its schedule for re-imposing its requirement that soldiers must pass physical fitness tests to remain in the service, Grinston said.