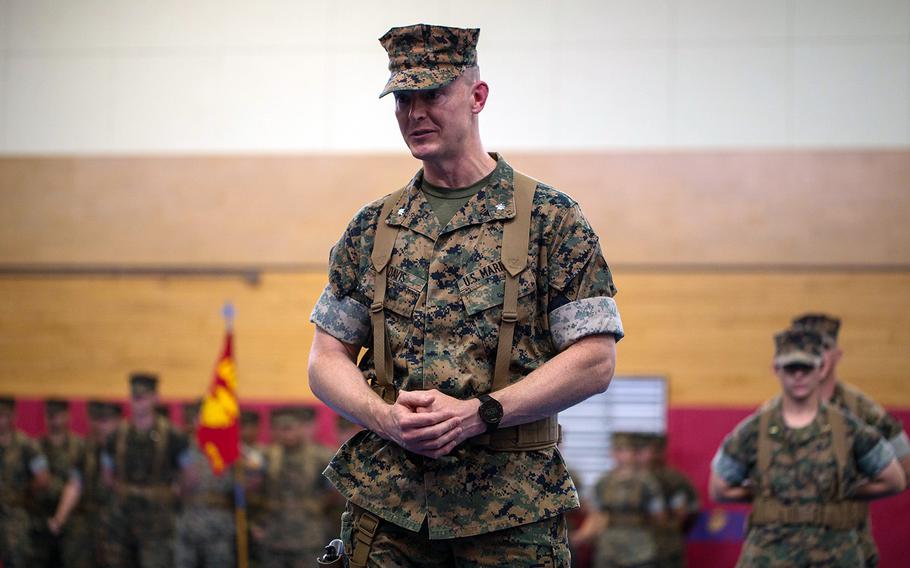 CAMP FOSTER, Okinawa — “A loss of trust and confidence” has led the Marine Corps to relieve the head of one of its highest performing motor transport units after less than five months on the job.

The battalion provides transportation and support for III MEF through the distribution of personnel, equipment and supplies by air, ground and sea, according to the unit’s website. It falls under Combat Logistics Regiment 3 and the 3rd Marine Logistics Group.

Marine officials declined to comment Wednesday on why Davis was fired; however, they said he will be replaced on an interim basis by battalion executive officer Maj. Mitch Bruce.

“The investigation will be closed at the end of November and I can provide you more information at that time,” 3rd Marine Logistics Group spokeswoman 1st Lt. Tori Sharpe said in an email to Stars and Stripes. “Lt. Col. Davis' replacement has not yet been identified.”

Davis’ Marine Corps biography had been removed from the unit website by the time the statement was issued Wednesday; however, he hails from Tylertown, Miss., and was commissioned in August 2001, according to previous Marine Corps statements.