Marine who went overboard the USS Essex is declared dead 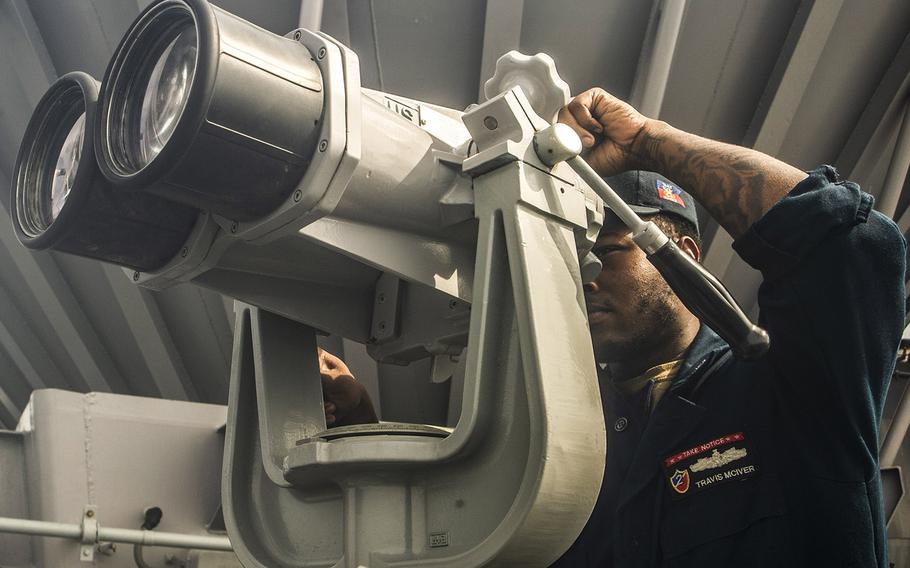 A Marine missing since Aug. 9 after going overboard an amphibious-assault ship near the Philippines has been identified and declared dead.

The search for Cpl. Jonathan Currier began following a “Marine overboard” call at about 9:40 that morning while the USS Essex was sailing through the Sulu Sea west of the island nation.

"Our hearts go out to the Currier family,” Col. Chandler Nelms, 13th Marine Expeditionary Force commander, said in a statement issued Saturday. “Cpl. Currier’s loss is felt by our entire [Amphibious Ready Group/MEU] family, and he will not be forgotten.”

The Marines, Navy and Coast Guard joined Philippine vessels in an extensive search covering more than 13,000 square nautical miles that included more than 110 sorties and 300 flight hours, the statement said.

Currier’s body was not found, and the search ended on Aug. 13.

The circumstances around the disappearance are under investigation, according to the statement.

Currier was a CH-53E Super Stallion helicopter crew chief who enlisted in 2015, the statement said. He completed boot camp at Marine Corps Recruit Depot Parris Island, and later graduated from the School of Infantry at Camp Lejeune, N.C.; the Aviation and A&C School in Pensacola, Fla.; and the Center for Naval Aviation Training in Jacksonville, N.C.

Currier was later assigned to Marine Heavy Helicopter Squadron 361 at Marine Corps Air Station Miramar, Calif., the statement said. At the time of his disappearance, he was deployed with Marine Medium Tiltrotor Squadron 166 Reinforced with the 13th MEU on the Essex.

His awards include the National Defense Service Medal and Global War on Terrorism Service Medal, according to the statement.