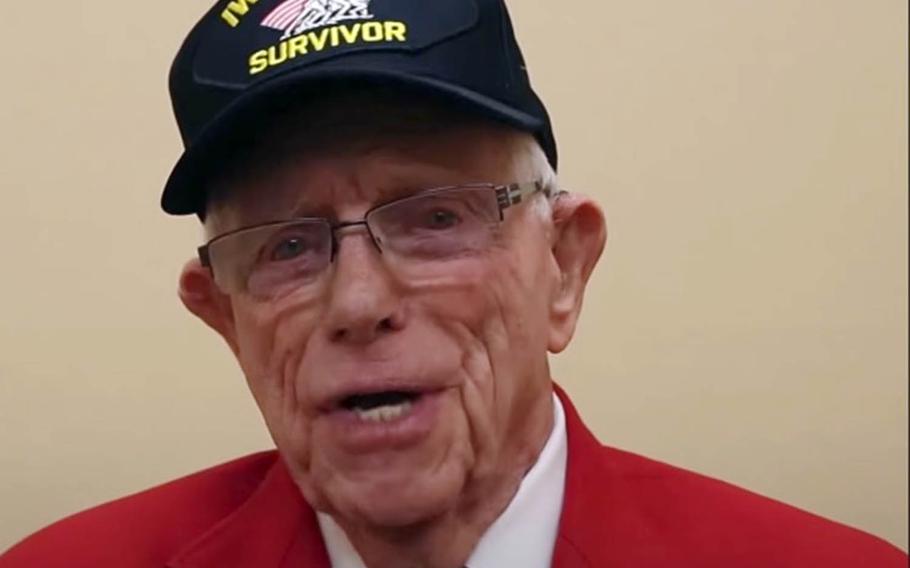 Don Graves, 93, who fought in the Battle of Iwo Jima in 1945, experienced a lighthearted exchange with the enemy during the fierce, five-week campaign. (via Facebook)

Don Graves, 93, who fought in the Battle of Iwo Jima in 1945, experienced a lighthearted exchange with the enemy during the fierce, five-week campaign. (via Facebook) 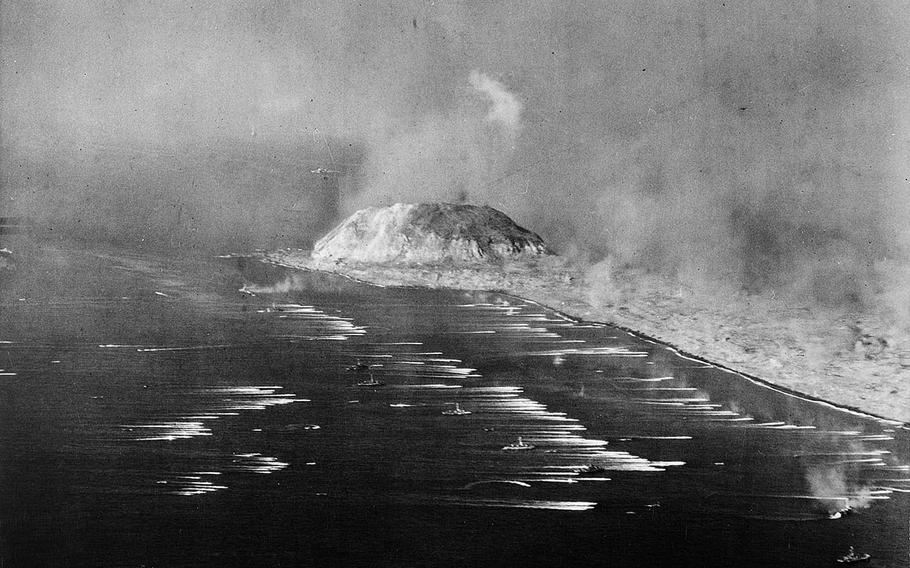 YOKOSUKA NAVAL BASE, Japan — On the 74th anniversary of the start of the 1945 Battle of Iwo Jima, a Marine who took part in the pivotal World War II fight shared his story of a lighthearted exchange with the enemy amid the fierce, five-week campaign.

Don Graves, 93, was an assault squad leader who traded his flamethrower for an M1 Garand rifle because the Japanese “were hunkered down and they’d come running at night,” the former corporal said in a video the Marine Corps posted to Facebook on Tuesday.

In the video, Graves explained that he’d become squad leader after his predecessor was captured and tortured to death. Soon after taking charge, however, Graves lost his squad.

Graves found his way to a foxhole with two fellow Marines by the time the battle crept into its fifth week. That’s when an unexpected exchange took place.

After battling for weeks, Graves and his two friends were thirsty for a little comfort.

So, Graves chopped up his D Bar — chocolate rations from his pack — poured water over it and lit a fire.

“We sat there, and we watched [the fire] … and then, all of a sudden, I smelled hot chocolate,” he said. “It smelled so good.”

But there were more noses in the distance that picked up a whiff of that chocolatey goodness.

“I failed to realize that [scent] travels,” Graves said in the video. “And, all of a sudden, a few minutes later, I heard [a Japanese man say], ‘Hey Marine, very good chocoletto. You bring chocoletto here.’”

With a smile on his face, Graves said he told the Japanese fighter that if he wanted chocolate, “you come here and get it.”

“He said, ‘Oh no, you bring here,’” Graves said, chuckling. “There’s humor in combat. Every man who’s been in combat knows that sometimes funny things happen.”

In a message posted with the video Tuesday, the Marine Corps said Graves’ story “reminds us that there can be a lighter side to even the harshest battles.”

The Battle of Iwo Jima lasted from Feb. 19 to March 26, 1945. It is considered one of the bloodiest battles of WWII, with more than 25,000 Japanese and American deaths.