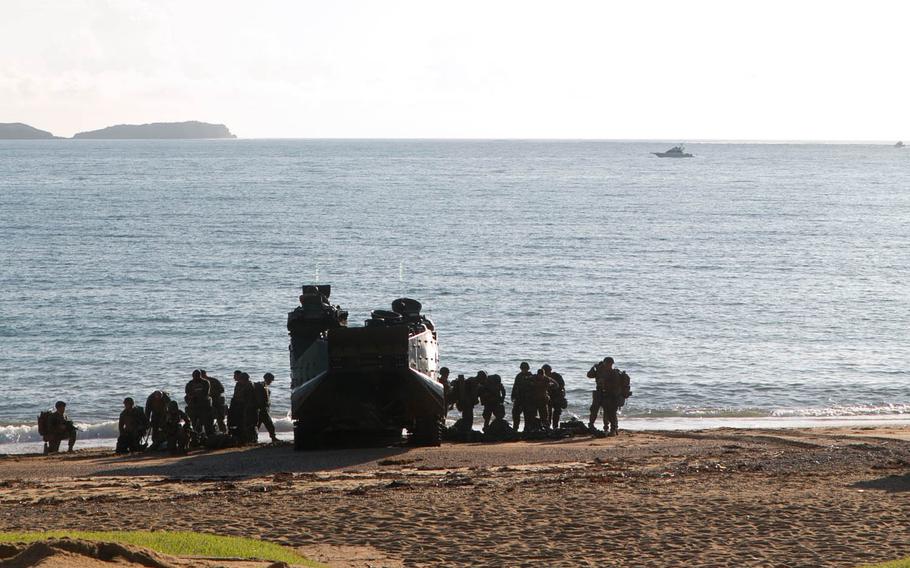 Marines unload from an Amphibious Assault Vehicle during a simulated assault in 2014 at Oura Wan Beach near Camp Schwab, Okinawa. A Marine assigned to Marine Corps Installations Pacific was found dead off the coast of Camp Schwab, Monday, March 28, 2016. (Abbey Perria/U.S. Marine Corps)

CAMP FOSTER, Okinawa — A Marine assigned to Marine Corps Installations Pacific has been found dead off the coast of Camp Schwab.

Officials, who did not release the circumstances surrounding the death, said the body was found by the Japan coast guard at approximately 11 a.m. Monday. The Marine’s identity is being withheld pending family notification.

“The thoughts and prayers of the entire command are with the family, friends and co-workers of the deceased Marine,” a Marine Corps statement said. “We extend our deepest gratitude to our Japan coast guard partners for their immediate professional assistance in searching for and locating our deceased Marine.”

The Naval Criminal Investigative Service has launched an investigation to determine the cause of the death, the statement said.