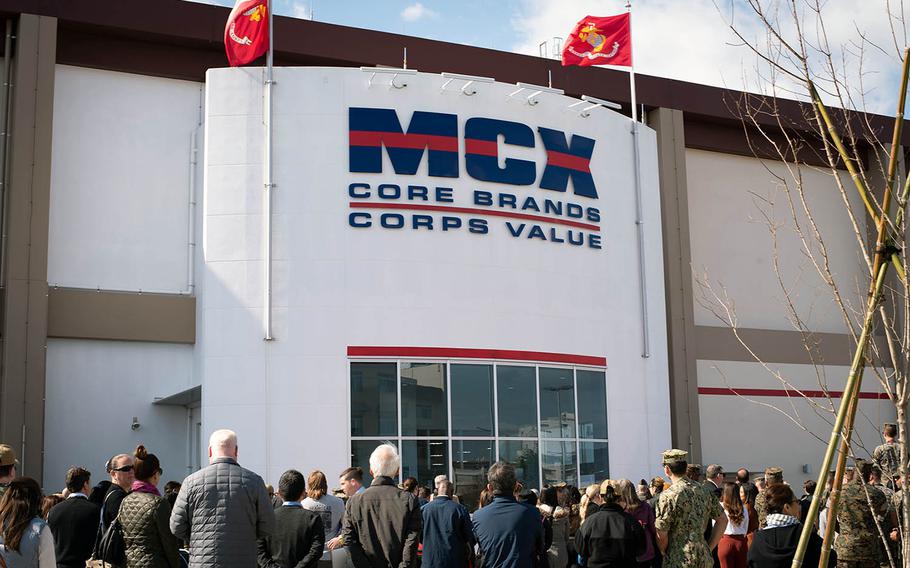 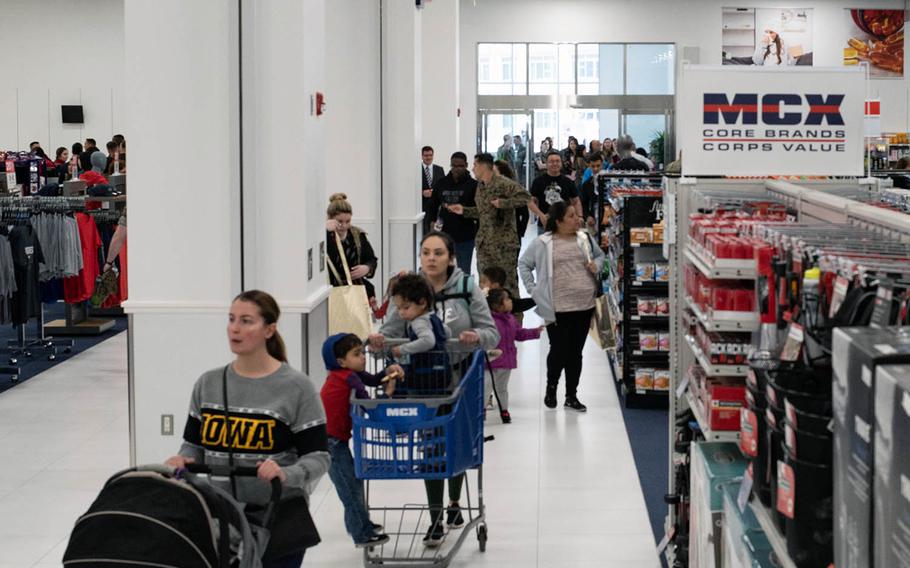 The project cost nearly $70 million and was designed to give the approximately 15,000 Americans living at the remote base in southern Japan a little taste of home.

Planning for the Iwakuni exchange began in 2011, and it is twice the size of the original store, which was built in the late 1980s. It boasts 89,000 square feet of retail space and will stock 65,000 products, according to a statement posted on the MCAS Iwakuni Marine Community Services website.

“Having the largest exchange in the entire Marine Corps represents an exciting new era of modernization and transformation for the community here at MCAS Iwakuni,” base commander Col. Richard Fuerst said in a statement emailed Wednesday to Stars and Stripes. “I’m proud of all the hard work, coordination and synergy that went into the planning and building processes, and, now that it’s finished, I hope that our base community enjoys all of the new amenities and brands that we couldn’t offer at the old exchange.”

The government of Japan picked up most of the cost to build the new exchange, Fuerst said.

The new exchange includes an expanded military clothing sales department with uniform items for Marines and sailors. Additionally, the civilian clothing, cosmetics, fitness, outdoor and electronics departments have been greatly expanded. It also includes an extra-large Marine Mart, which is similar to a stateside convenience store.

“It reminds me of stores back home,” said Lance Cpl. Christopher Clapham, of Marine Aerial Refueler Transport Squadron 152. “I really like the increased variety of different products. It’s like visiting a Walmart or Target stateside.”

The state-of-the-art facility is centrally located on the installation. It is within walking distance of the commissary and other support facilities, like the food court, theater, club and library, which means residents can easily get all their shopping done in a single trip.\

“The positivity and approving feedback we’ve both received and are receiving are proof positive for these new products and services. I’m elated that after all the hard work and effort we are able to do this for our Marines, Sailors, civilians and their families,” said Fuerst.

Iwakuni, one of the largest air bases in the Pacific, is home to Marine Aircraft Group 12, the Navy’s Carrier Air Wing 5 and the Japan Maritime Self-Defense Force Fleet Air Wing 31.