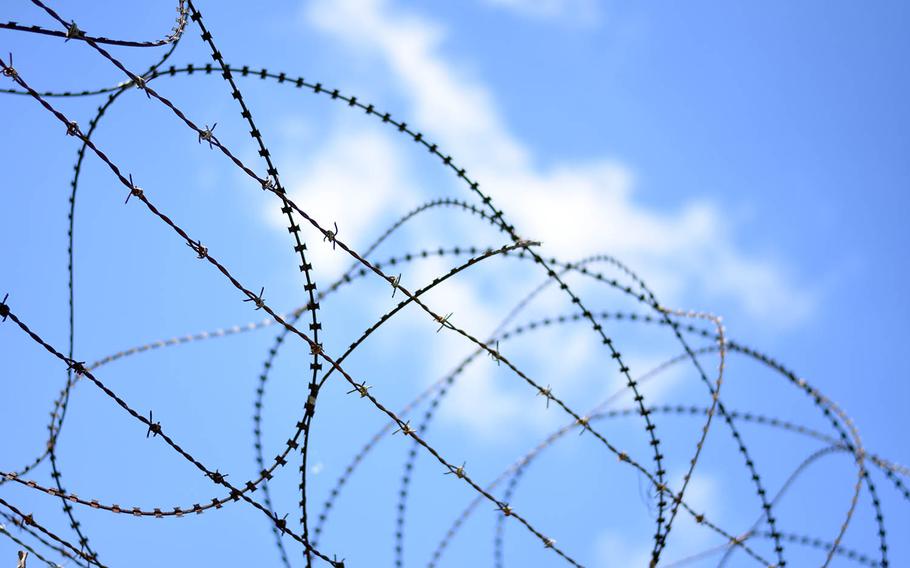 Buy Photo
Barbed and concertina wire top a security fence near the border between North and South Korea, May 24, 2017. (Aaron Kidd/Stars and Stripes)

A man detained Tuesday morning near the Demilitarized Zone on South Korea’s eastern coast likely came from the North, according to the South’s Joint Chiefs of Staff.

“The person is under investigation by relevant agencies,” which are probing details of his trek south and whether he intends to defect to South Korea, according to a statement Tuesday afternoon.

South Korean troops intercepted the man inside the civilian control line about six miles south of the DMZ separating the two countries. The line creates a zone where the military protects its operations and facilities, according to The Korea Herald.

The man was first spotted near a checkpoint at 4:20 a.m. via closed-circuit TV; troops intercepted him three hours later, according to the statement.

“The JCS is going over our troops’ general security posture now, including an alert at the coast of the relevant area,” according to the joint chiefs. The statement indicated no unusual movements by North Korean troops at the time.

A similar incident occurred in November when a man hopped a barbed-wire border fence in Gangwon province, triggering monitoring equipment. He remained at large 12 hours before South Korean authorities caught up with him.