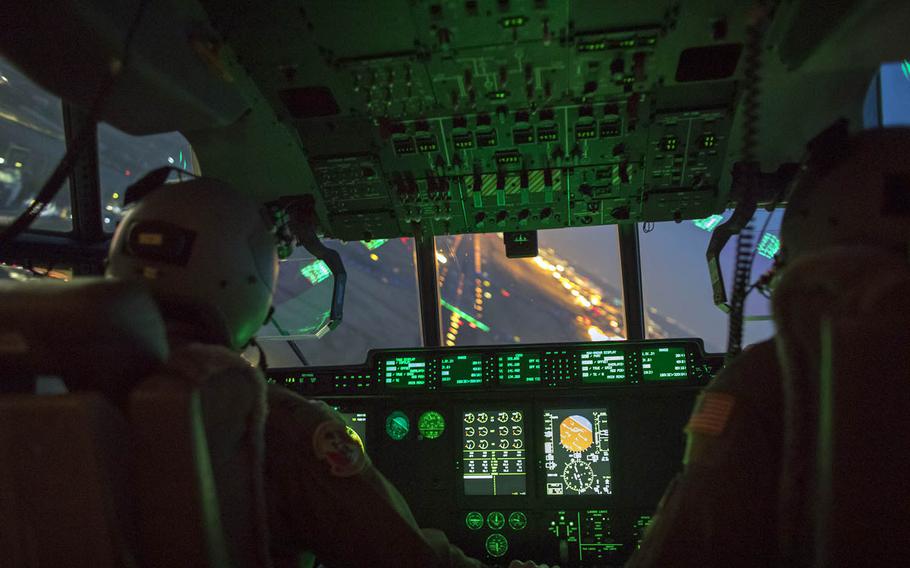 Japanese police have opened an investigation after someone pointed a laser at two Yokota-based C-130J cargo aircraft Monday evening.

The incidents occurred near Yokota Air Base in western Tokyo at around 6:30 p.m., a Fussa Police Department spokesman said Wednesday.

A green laser targeted the Super Hercules from the ground somewhere in the Tokyo town of Mizuho, according to the Mainichi newspaper. It did not cause any damage or injuries and the aircraft did not change course.

Police are investigating the incident and may bring forcible obstruction of business charges, the police spokesman said.

“Lasing incidents can be dangerous as they can impair the vision of pilots, potentially affecting their ability to fly the aircraft safely,” Bluethmann wrote. “We take these incidents seriously as the safety of both our aircrews and the community is a top priority.”

The issue of lasers adversely effecting air travel in Japan is nothing new. The Japan Maritime Self-Defense Force reported 80 cases in which lights were beamed at Self-Defense Force and U.S. military aircraft between 2013 and December 2015.

In November 2016, a Kanagawa prefecture man was arrested for pointing a green laser at a low-flying Atsugi patrol plane.

“There have been approximately 10 lasing incidents involving 374th Airlift Wing aircraft since July 2018,” Bluethmann wrote. “When a lasing incident occurs, the base reports the incident to local police and shares as much information as possible to aid their investigation.”

Bluethmann added that Yokota leadership has been working with North Kanto Defense Bureau to “increase public awareness about how dangerous this activity can be for both aircrews and people on the ground.”