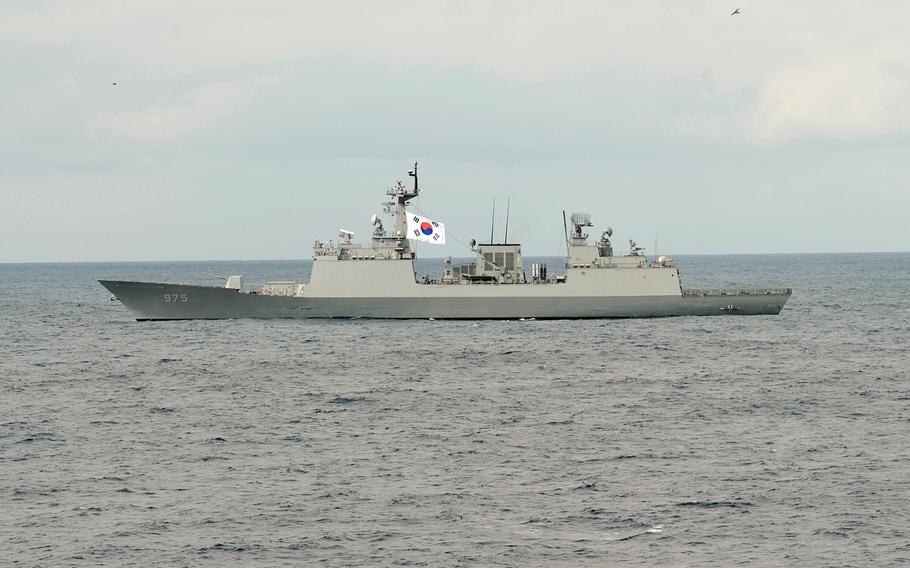 Coming amid mixed signals from North Korea, it was unclear whether the incursion was intentional.

A contingent of North Korean officials made a surprise visit Saturday to the closing ceremonies for the Asian Games that South Korea hosted, a move widely viewed here as an overture for better inter-Korean relations.

But just hours after Tuesday’s skirmish, South Korea’s Ministry of National Defense released a report to the National Assembly saying the North had announced its goal of achieving reunification between the two Koreas in 2015, and that the North was preparing for full-scale war.

"For that goal, the North doubled the number (of troops) involved in its summer trainings compared to previous years. It has also boosted its attack capabilities in a consistent manner," Yonhap News quoted the ministry as saying.

Pyongyang also has increased its number of rocket launchers by 300 over the past two years to a total of about 5,100, Yonhap said.

MND would not confirm the contents of its report.

"South Korea has maintained a firm readiness against North Korea's limited provocations and any attempts to wage full-scale wars," MND reportedly told Yonhap. "We are trying to boost security posture in capital areas to deter diverse and novel types of threats by the enemy."

Tuesday’s skirmish took place around 9:50 a.m., when the North Korean vessel crossed about half a nautical mile into South Korean waters. No damage or injuries were reported by the South Korean military, and it was unknown whether any North Korean forces were injured.

A South Korean naval patrol boat sent warning messages and then fired a warning shot. The North fired back in response, but retreated after the South responded with fire, according to the Joint Chiefs of Staff.

A JCS spokesman said officials were still determining how many shots were fired during the exchange.

U.S. Forces Korea said it was aware of the incident and monitoring the situation. Asked whether U.S. troops would be put on alert, the command said it does not address the readiness posture of its forces as a matter of policy.

The incident follows a period of relative calm and what some South Korean media have even described as a North Korean diplomatic offensive that included sending the delegation of North Korean officials – as well as a contingent of athletes -- to the Asian Games.

When the officials flew in on North Korean leader Kim Jong Un’s private plane, they became the highest-level delegation from the reclusive communist country to visit the South since 2009, according to Victor Cha and Andy Lim of the Center for Strategic and International Studies in Washington.

They met with the South’s minister of unification and national security adviser, and agreed to set up an inter-Korean meeting in late October or early November. Those talks could lead to agreements on more reunions between families separated since the Korean War, Cha and Lim said in a statement Monday.

“One expects at least a temporary thaw between now and the next set of talks, but there is no guarantee that this will be long-lasting,” they said.