Japanese sailor killed by propeller while working on aircraft engine 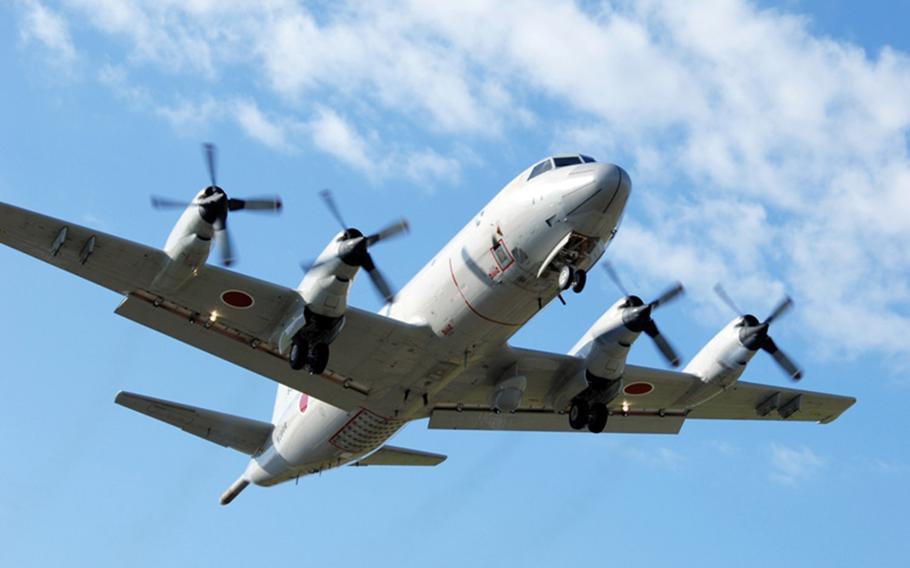 A P-3C Orion flies somewhere over Japan in this undated photo from the Japan Maritime Self-Defense Force. (JMSDF)

CAMP FOSTER, Okinawa — A Japan Maritime Self-Defense Force sailor was killed at a base in Kagoshima prefecture this week while working on an aircraft engine.

The unnamed sailor — described as a chief petty officer in his 40s — was pronounced dead by a naval doctor at 2:43 p.m. Monday at Kanoya Air Base, a JMSDF spokesman told Stars and Stripes on Tuesday. It is customary in Japan for some government officials to speak on condition of anonymity.

The sailor was working with several others in a hangar to detach the engine from a P-3C Orion when it fell. He was struck by its propeller.

The cause of the incident is unknown at this time, the spokesman said. The JMSDF has launched an investigation.

“My sincere condolences to the sailor’s family, losing [him] to such an unfortunate accident,” First Maintenance Squadron commander Capt. Hirotaka Ootsuka said in a written statement provided to Stars and Stripes. “May the sailor rest in peace. We shall not have this accident again and we will come up with a plan.”