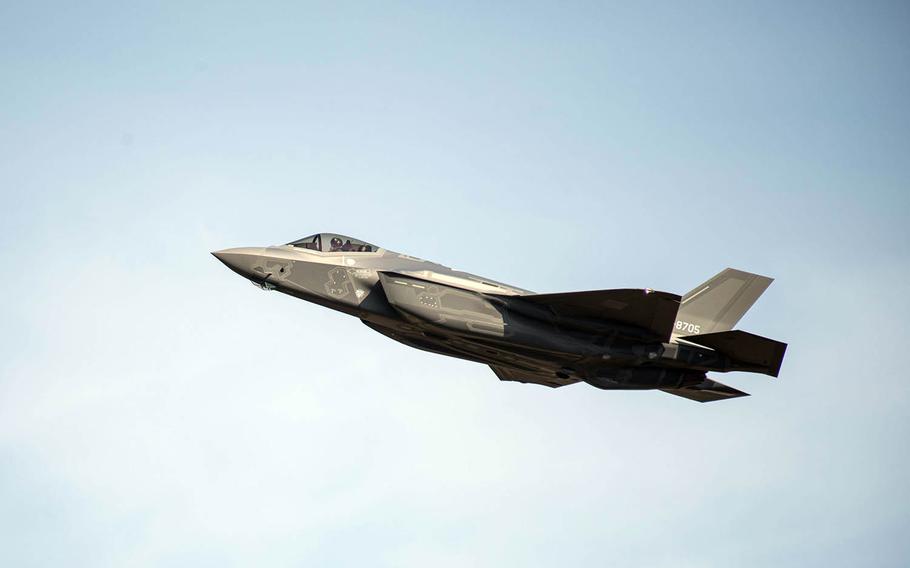 TOKYO — Japan may base F-35B Lightning II stealth fighters in the southern part of the country where they could defend remote islands that are claimed by China, according to local media.

A Defense Ministry spokesman confirmed to Stars and Stripes, in a telephone interview the same day, that deploying the jets is under consideration but no decision has been made. Japanese government spokespeople typically ask not to be quoted by name.

Eventually, Japan plans to acquire 105 F35As — the conventional takeoff and landing version of the fighter — and 42 F-35Bs, which will operate from the helicopter carriers Izumo and Kaga, which are being upgraded to support them.

The deployed planes would be operational in 2024 and boost defense capabilities in the Senkaku Islands, which are administered by Japan but also claimed by Taiwan and China, Kyodo reported.

The aircraft would conduct exercises alongside U.S. F-35Bs from Marine Corps Air Station Iwakuni in Yamaguchi prefecture, the report said.

U.S. Defense Secretary Lloyd Austin affirmed that the U.S. military would respond to any attack on the Senkakus, during a January telephone conversation with his Japanese counterpart, Defense Minister Nobuo Kishi.

The group discussed ways to make their air forces unpredictable to potential adversaries and the importance of Misawa as the premier location for Japanese pilots training in the fifth-generation aircraft.