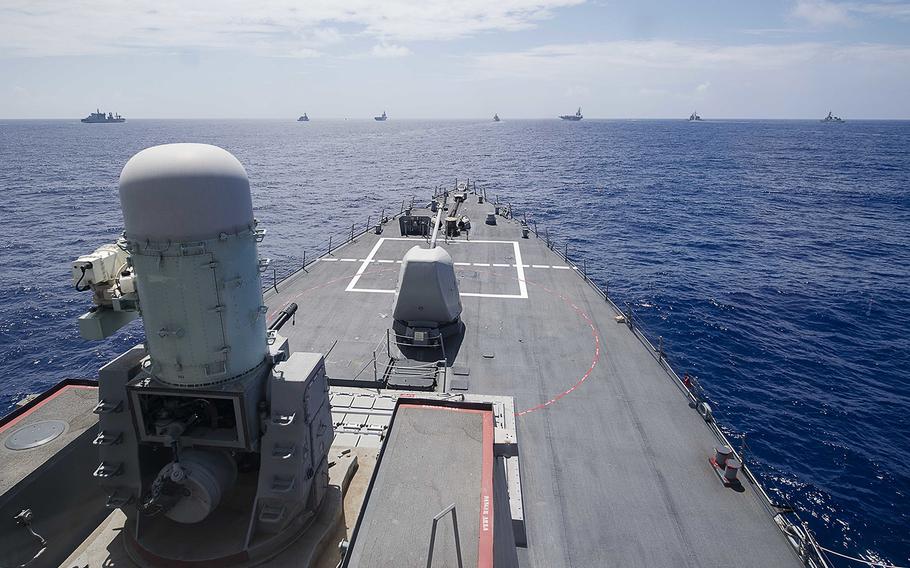 YOKOSUKA NAVAL BASE, Japan — Naval exercises involving warships and aircraft from the United States, Japan and India got underway off the coast of Sasebo, Japan, on Wednesday.

Exercise Malabar is an annual 10-day exercise aimed at addressing shared threats and improving relations between the participating countries.

This year, the Japan Maritime Self-Defense Force for the first time will be leading Malabar through a series of on-shore and at-sea training events, according to a statement issued Wednesday by the U.S. 7th Fleet.

“Thanks to the hard work of staffs and leaders in the Indian and U.S. navies, we now enjoy this excellent relationship between our three countries,” JMSDF Rear Adm. Masafumi Nishiwaki said in the statement. “This exercise is an opportunity to fully integrate our teams and refine our support for each other, so we can have greater confidence in our combined capabilities.”