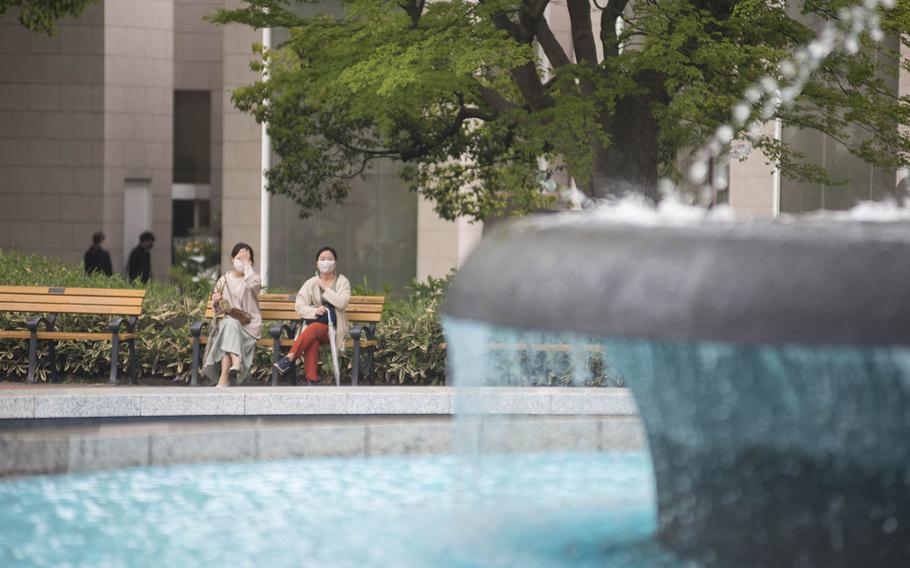 The same day, the U.S. military in Japan reported one new coronavirus patient, an individual at Camp Hansen, a Marine Corps base on Okinawa, according to a Facebook post by Marine Corps Installations Pacific.

In South Korea, the U.S. command on Wednesday instituted a “working quarantine,” similar to a policy change by U.S. Forces Japan on Saturday, according to a news release by U.S. Forces Korea.

The change gives fully vaccinated people access to their home installations while they serve the mandatory 14-day quarantine after they return from travel outside Japan. Those who live off base are required to stay indoors during quarantine and travel directly to and from work or duty stations and must remain free of symptoms of COVID-19, the coronavirus respiratory disease.

Other requirements apply, including approval from unit authorities and proof of vaccinations. A person is fully vaccinated 14 days after having the one-shot vaccine or completing the two-dose series, according to the Centers for Disease Control and Prevention.

Marine Corps Air Station Iwakuni and Yokota Air Base in Japan are two that implemented the policy Saturday. Some bases had already liberalized their quarantine policies as vaccines became available. The policy change adheres to what the governments of Japan and South Korea also put in place, according to USFJ and USFK.

USFK has “has achieved an approximate 70% vaccination rate with inoculations being given daily and now offered to all personnel upon arrival,” according to the release.

In Japan on Wednesday, Osaka prefecture, weathering its worst phase of the pandemic, reported 668 new infections, nearly 600 fewer patients than it reported Saturday, the pandemic peak at 1,262 people, according to public broadcaster NHK and prefectural data.

Osaka reported another 25 deaths and neighboring Hyogo prefecture reported 13, according to NHK.

Osaka, Hyogo and Kyoto prefecture in the country’s Kansai region are generally off limits to travelers from U.S. bases. Yokota Air Base in western Tokyo permits its people to visit the area with permission from unit commanders.

Tokyo reported 621 newly infected people Wednesday, according to NHK. Its daily numbers are also trending lower from a recent high on Saturday of 1,050, according to metro data.

Yokota and Misawa Air Base, in northeastern Japan, both scheduled vaccine clinics to distribute the one-shot Johnson & Johnson vaccine, which returned to service after a two-week pause.

Camp Zama, the headquarters in western Tokyo for U.S. Army Japan, is also holding Johnson & Johnson vaccine clinics every Friday through May 28, according to its Facebook page.

The vaccine now comes with a caution to women age 50 and below of a rare risk of blood clots with low platelet counts.

All U.S. bases that offer vaccines are making them available to eligible recipients age 18 and older.

Yokota scheduled its clinics Thursday and Friday, and a medical expert will be available to address questions or concerns about the vaccine, according to a base Facebook post on Tuesday.

Misawa scheduled its clinics Tuesday for the Johnson & Johnson shot and May 21 for the two-shot Moderna vaccine.