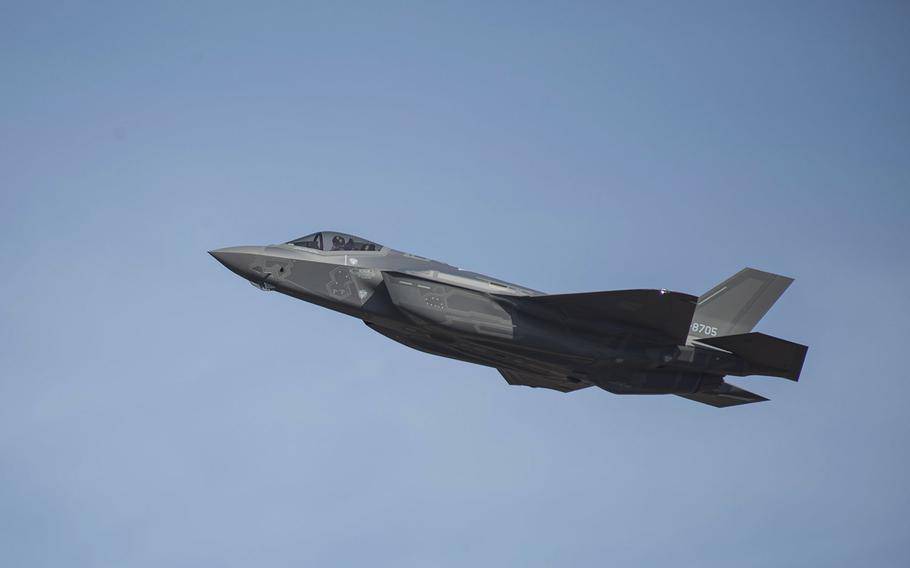 The ministry is seeking 5.32 trillion yen, or about $50 billion, for fiscal year 2020, which begins in April. The request reflects the Japanese government’s efforts to strengthen defense in new domains, such as space and cybersecurity, as laid out in new National Defense Program Guidelines reviewed last year.

“We will improve defense capability at a speed fundamentally different from the past in order to respond to the security environment, which is changing by a remarkably fast pace,” the proposal stated.

The Japan Self-Defense Forces rank among the world’s largest and most capable, anywhere from No. 4 to No. 6, depending who makes the list and how it’s calculated.

Army-technology.com, for example, a website produced by a London-based media corporation, ranks Japan’s military at No. 6, behind France and ahead of South Korea.

This year’s defense budget is 5.26 trillion yen, or $49.4 billion, though the defense ministry had requested 5.3 trillion yen.

One of the largest expenditures in the budget request, 201 billion yen, or $1.9 billion, is directed at costs related to U.S. forces stationed in Japan.

Most of that request, 152 billion yen, or $1.43 billion, would pay the salaries of Japanese workers employed by the U.S. military, utility costs and the costs associated with moving U.S. forces for training.

The defense ministry left empty the amount it needs for expenses related to realignment of U.S. forces such costs related to moving U.S. Marines from Okinawa to Guam; however, that amount may be determined by the end of the year.

For 2020, the defense ministry asked for 84.6 billion yen, about $795 million, to purchase six F-35B Lightning II fighter jets from the United States. Japan announced Aug. 16 that it chose the F-35B to replace some of its aging F-15 fighters. The B model is capable of vertical takeoffs and landings.

Japan plans to purchase 42 of the stealth fighters in the next 10 years. It also plans to convert two Japan Maritime Self-Defense Force Izumo-class helicopter destroyers to accommodate the F-35Bs.

The ministry requested 3.1 billion yen, about $29 million, to repair and upgrade the JS Izumo next year. It plans to install guide lights and improve the heat-tolerance of the carrier’s flight deck, defense officials said on the customary condition of anonymity.

“Izumo will undergo its regular maintenance next year, so we will use this opportunity to partially upgrade Izumo,” a defense official said.

The JMSDF plans on testing the Izumo with U.S. F-35Bs to determine the need for further upgrades, officials said. They expect improvements to be complete in 2024 along with the purchase of all six F-35Bs.

The ministry also asked for 31 billion yen, about $291 million, to purchase three F-35As. The A model, flown by the U.S. Air Force, is a high-performance stealth fighter designed to establish air superiority.

The ministry requested 12.2 billion yen, or $114.6 million, for costs related to acquiring an Aegis Ashore anti-ballistic missile defense system. But it did not request money to be used for specific sites or construction.

The ministry had listed Akita and Yamaguchi prefectures as candidate sites for an Aegis Ashore system, however the numbers used to calculate certain data for these sites were not accurate and upset many locals.

The budget seeks 52.4 billion yen, about $492.1 million, for space-related items, such as establishing a unit to watch space activities and sending SDF members to an Air Force base in Colorado to attend the basic space course.

It also seeks 23.8 billion yen, or $223.6 million, to spend on cyberspace, such as adding personnel to its cyber defense unit and conducting a defense ministry-hosted hacking contest.

It also plans to create a unit within JASDF for unmanned aerial vehicle RQ-4 Global Hawks, which are expected to be deployed to Misawa by March 2022.

The ministry hopes to allocate 2.8 billion yen, or $23.6 million, to install equipment to counter aerial drones at its bases, including installations it shares with the United States. It expects to decide what it needs to counter drones by the end of March 2020.