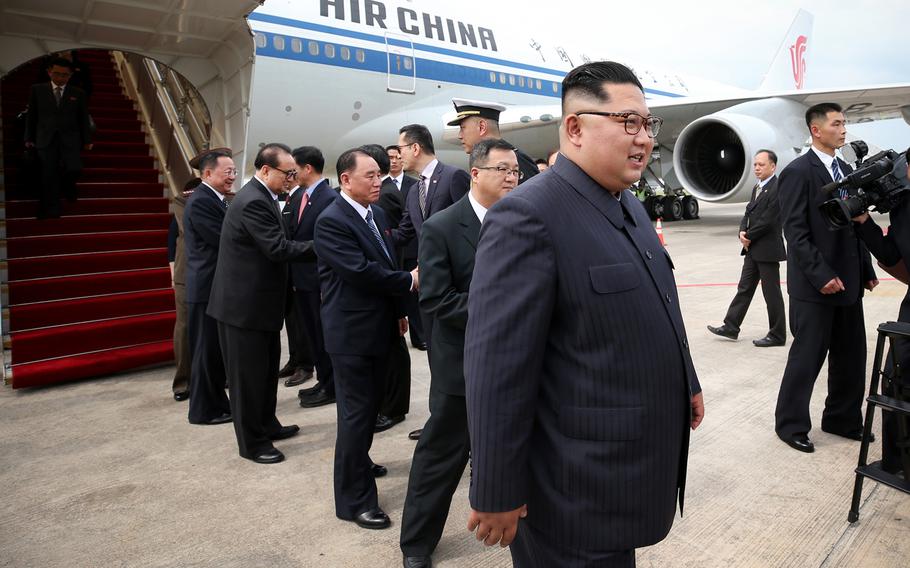 Abe would travel to Pyongyang for the meeting, the Yomiuri newspaper reported on Thursday.

A Japanese government official told Kyodo News that Kim had expressed an interest in a face-to-face meeting with Abe during his historic summit with President Donald Trump on Tuesday in Singapore.

Kyodo reported that the meeting could happen in the Russian city of Vladivostok during an annual economic forum that North Korea has already been invited to in September.

Wherever and whenever it happens, it would be the first high-level meeting between Japan and North Korea since 2004.

Discussions between the two countries would undoubtedly include the status of Japanese nationals abducted by the North Koreans in the 1970s and 1980s. Abe has said that their return is of utmost importance to his administration.

Japan will likely help pay for North Korean denuclearization but only if inspectors from the International Atomic Energy Agency resume their work, according to a Japanese government spokesman quoted by Reuters news agency on Wednesday.