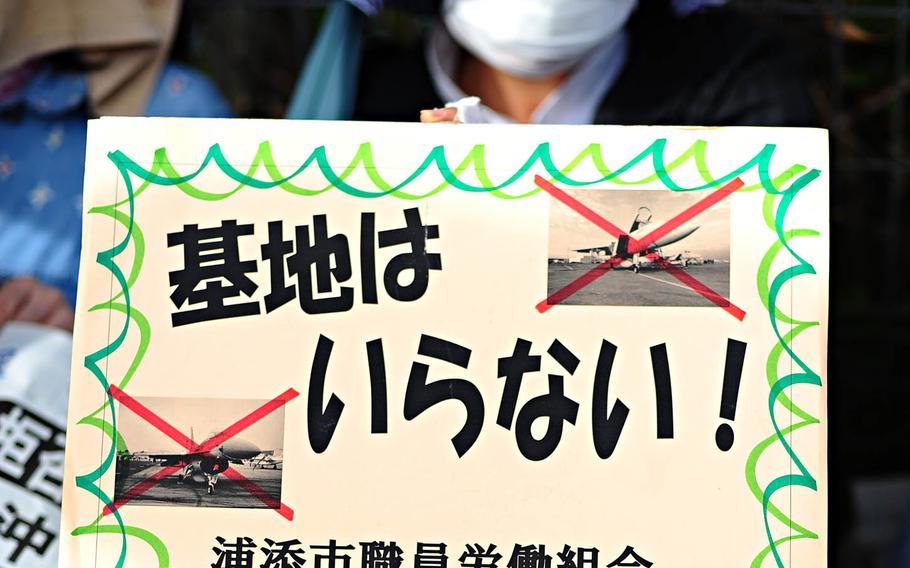 A man protests the relocation of Marine Corps Air Station Futenma in this undated photo. In a sign that further delays can be expected in the relocation to Camp Schwab, the Japanese government began removing floats meant to block seaborne protesters from the construction area of a new runway into Oura Bay. (Courtesy of Nathan Keirn/Wikicom)

CAMP FOSTER, Okinawa — The Japanese government is removing floats meant to block seaborne protesters from the construction area of a new runway into Oura Bay, a sign that further delays can be expected in Marine Corps Air Station Futenma’s relocation to Camp Schwab.

The move, which began Saturday, is mostly symbolic because the area remains off-limits, a spokesman with the Ministry of Defense’s Okinawa Defense Bureau told Stars and Stripes.

Both the Japanese and U.S. governments remain committed to the relocation plan. A small but enthusiastic protest movement remains equally committed to blocking the move.

Removing the buoys could take weeks, and they will likely need to be reinstalled if and when the work in Okinawa’s remote north commences.

The restricted zone around the construction site was set up in June 2014, and the floats were installed that August. After agreeing to re-enter negotiations in March, a request was made by the prefectural government to remove the floats.

The relocation’s fate now rests in ongoing talks between the Japanese government and anti-base Okinawa Gov. Takeshi Onaga. Those negotiations — which were suggested by an arbiter in March and are seen as a last chance before courts decide the outcome — are expected to wrap up by June.