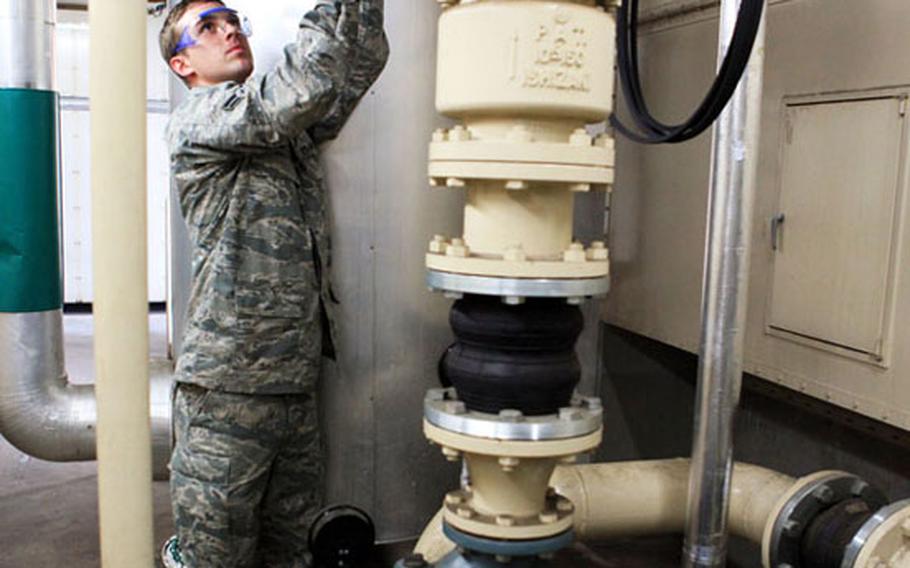 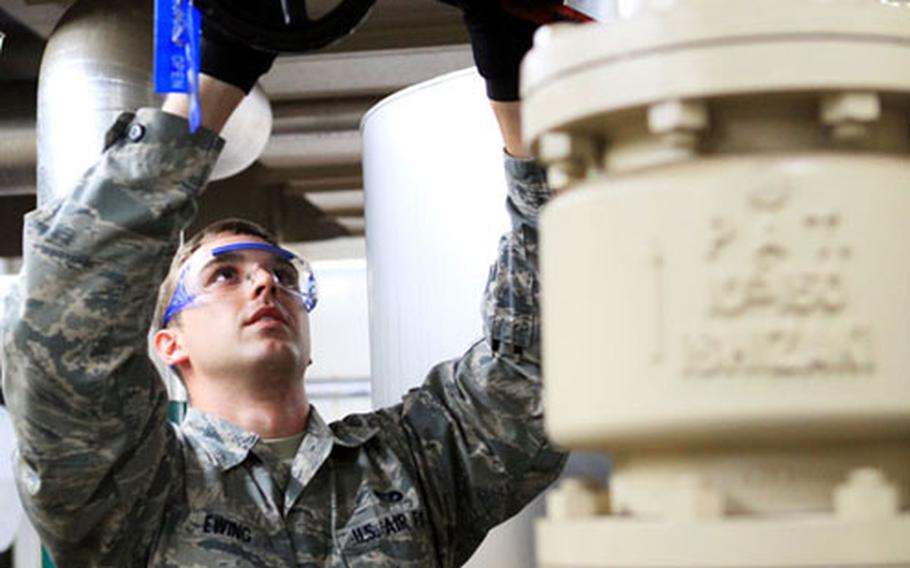 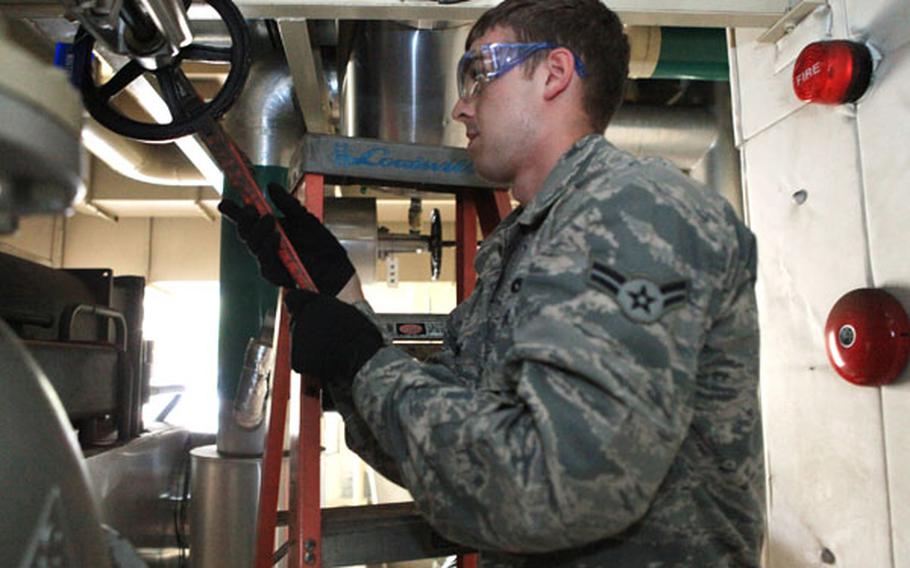 Because of the damage to power plants as a result of the March 11 earthquake and tsunamis, the country could see a 10 to 30 percent energy deficit starting in June, as temperatures rise and people feel the need to use air conditioning, officials said.

The average temperature in Tokyo for June is roughly 77 degrees, climbing to 83 degrees with 80 percent humidity in July.

Before the warmer weather gets here, bases throughout the Kanto Plain and northern Japan are taking steps to lessen their energy loads.

At Misawa Air Base in northern Japan, residents are being told to reduce electricity use between noon and 2 p.m. and from 4 p.m. to 8 p.m.

&ldquo;Typically we see, when people get off work, a large peak ... getting on the Internet, turning on the TV, turning on the stove, drying clothes,&rdquo; said 1st Lt. Reid Touchberry, the 35th Civil Engineer Squadron&rsquo;s base energy manager.

All base residents need to understand how vital they are to the overall efforts, said Capt. David Masuck, a civil engineer on temporary duty from Eielson Air Force Base, Alaska.

It can be hard to explain the concept of conserving energy at the right times, Masuck and Touchberry said.

Some residents have asked, &ldquo;What difference does it make what time I use the electricity, I&rsquo;m still using the same amount.&rdquo;

Touchberry gave the following analogy: Imagine if there were a river running through the base, and 10,000 people all dipped a bucket in to pull water out at the same time. You&rsquo;d instantly see a dip in the level of the water, he explained. But if those 10,000 people spread it out over a day, you wouldn&rsquo;t see a noticeable difference, even though you&rsquo;ve pulled the same amount of water out.

That&rsquo;s the same thing that happens with electricity usage, he explained.

Washing and drying clothes during non-peak hours, keeping lights off until they&rsquo;re absolutely necessary and running only one form of electronic media &mdash; such as a television or computer &mdash; at a time can all help lower the energy draining spikes, they explained.

Otherwise, residents could be left completely in the dark.

&ldquo;In a best-case scenario, [a blackout] might just be two hours,&rdquo; said U.S. Army Garrison Japan Directorate of Public Works environmental division chief Felix Mariani. &ldquo;But if there is a large deficit rolling blackouts could be up to four to five hours.&rdquo;

No one is sure exactly how much the shortfall will be.

Jim Korcal, energy manager for U.S. Navy facilities in Japan, said Thursday that Navy officials are waiting for information from Tokyo Electric Power Company before they set a target for energy conservation. Korcal said estimates published in local news reports suggest the shortfall could be between 15 and 25 percent.

&ldquo;We have to come up with some pretty significant energy savings,&rdquo; said Col. Paul &ldquo;Otto&rdquo; Feather, commander of the 374th Airlift Wing at Yokota Air Base. &ldquo;We are going to do everything we can do to increase awareness amongst people here on base to support the effort.&rdquo;

Feather said base residents already have responded to calls for energy conservation.

In the days following the earthquake, people there cut the amount of electricity they used by 8 percent simply by turning off unused lights and electronic devices, he said. However, energy managers at Yokota have the ability to cut power to specific areas of the base if neighborhoods are not doing enough to conserve.

&ldquo;If we had to do a rolling blackout, we could take different parts of the base down at different times of day to encourage discipline in certain neighborhoods,&rdquo; Feather said. &ldquo;We are going to try to do everything we can to increase awareness among people here on base to support the effort.&rdquo;

Units at Yokota also are considering a change in work hours aimed at conserving energy.

&ldquo;Japan doesn&rsquo;t have daylight savings but we don&rsquo;t necessarily capitalize on the beautiful daylight we have at 4 a.m.,&rdquo; Feather said. &ldquo;We might work shifts early in the morning to capitalize on the cooler temperatures.&rdquo;

The base has turned off one-half of its street lighting and all of its heating and air conditioning until the summer heat arrives. When air conditioners are turned on, indoor temperatures will be kept at a balmy 78 degrees, Feather said.

To further reduce the impact of U.S. facilities on the Japanese power grid, on-base gas-fired power plants and diesel generators will generate during times of peak demand, officials said. For example, a gas-fired power station can provide 14.5 megawatts of power to Yokosuka Naval Base facilities, according to energy managers there.

At Army posts, mission-critical facilities will be the priority for allocating limited amounts of electricity over summer, Mariani said.

&ldquo;If we have to face shortages we will run them with generators,&rdquo; he said. &ldquo;We have to power the refrigerator system at the commissary because if we don&rsquo;t the milk will go bad.&rdquo;

Four large diesel generators have been allocated to power medical, computer and communication facilities and command centers at Camp Zama. But there are limited options for obtaining more generators in Japan because there is so much demand from battered communities in the northern part of the country, he said.

&ldquo;Quality of life may be impacted because the generators may not be sufficient to meet demand,&rdquo; he said.

The energy savings required over summer are significant, Feather said.