Honor vs. dishonor: The story of the Pacific’s 4th Marine Regiment 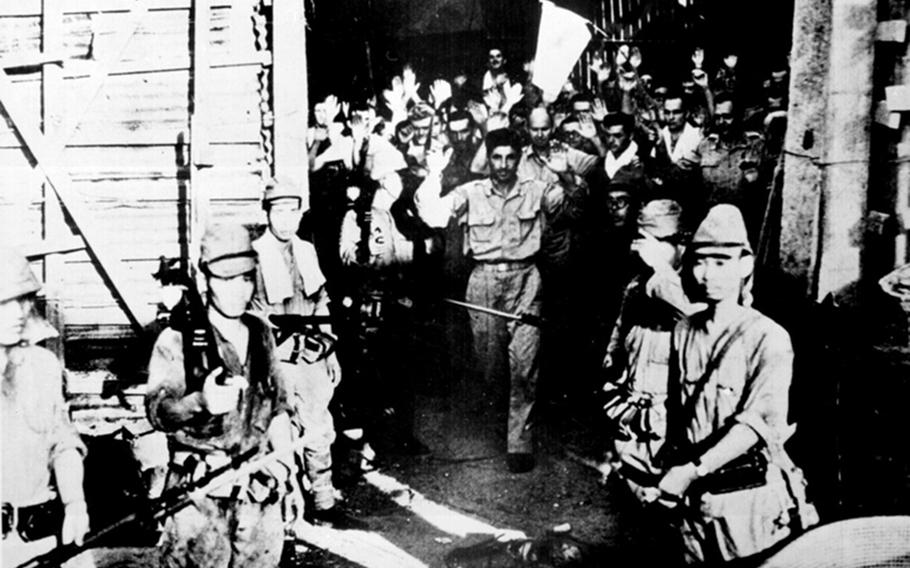 This May 1942 photo shows the surrender of American troops at Corregidor, Philippines, during World War II. (Courtesy of the National Archives)

This May 1942 photo shows the surrender of American troops at Corregidor, Philippines, during World War II. (Courtesy of the National Archives) 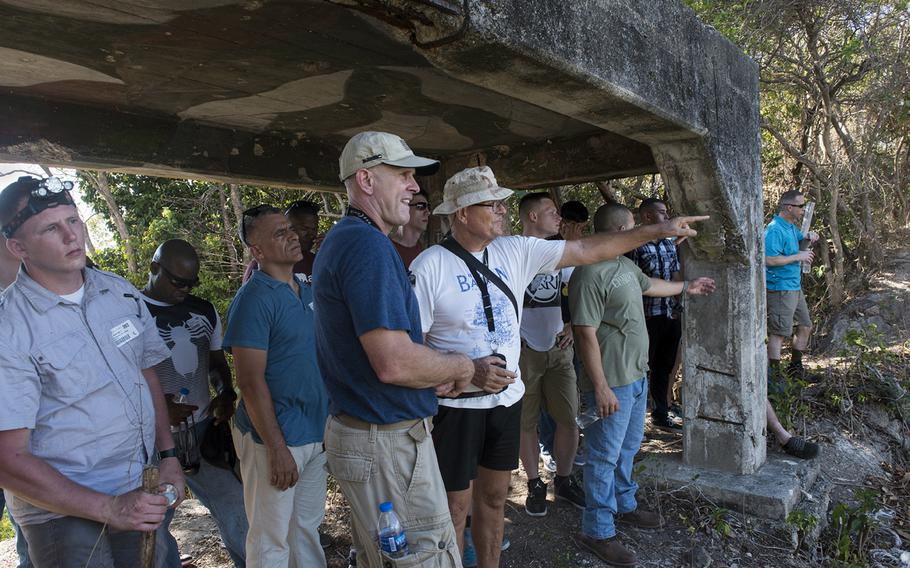 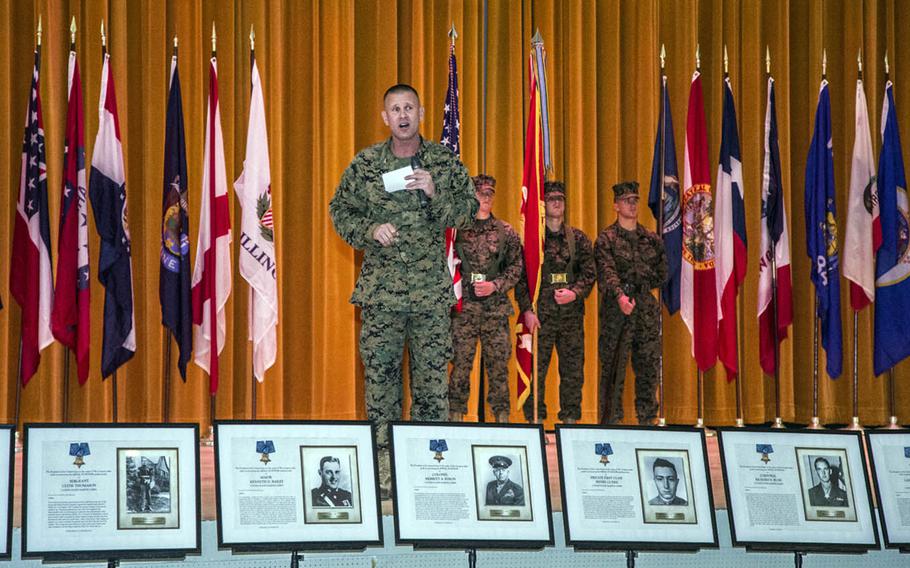 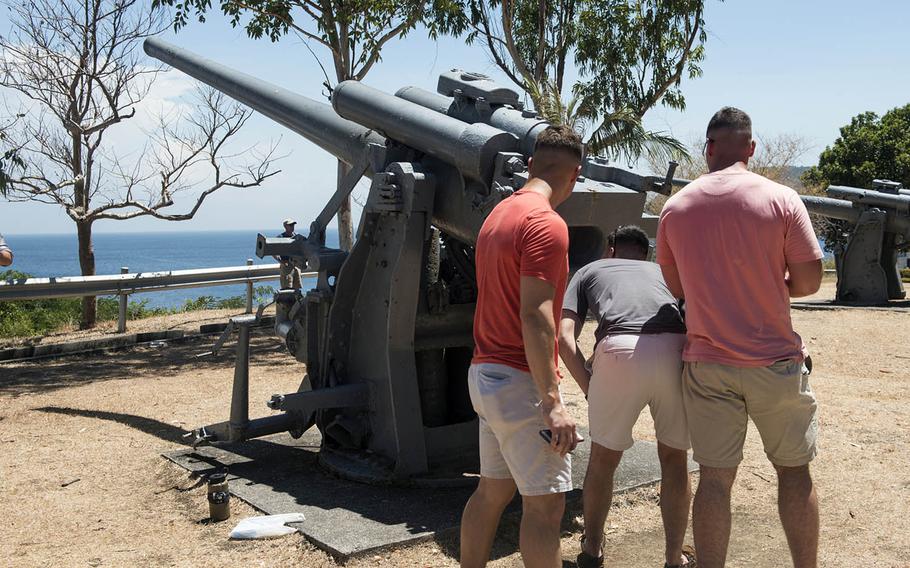 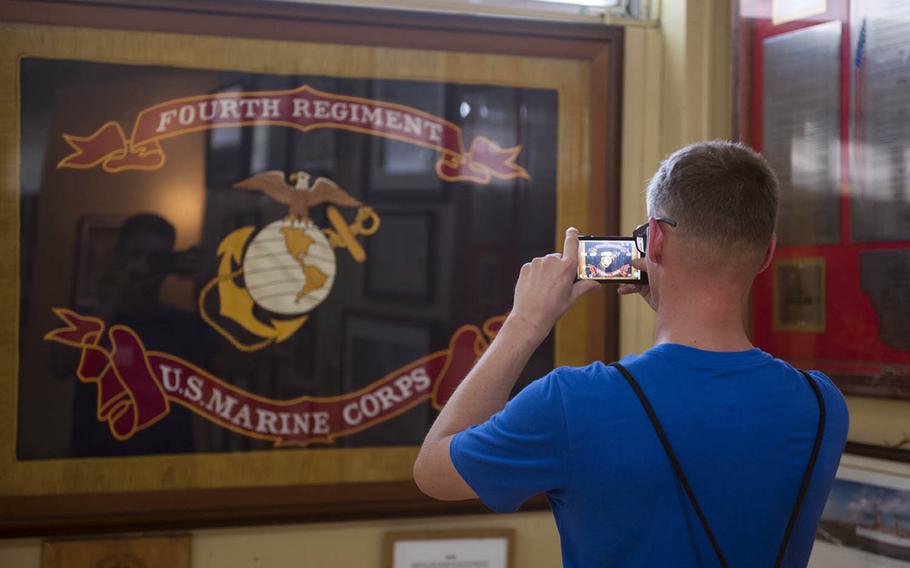 A Marine with the Okinawa-based 4th Marine Regiment takes a photo of the unit colors at the Pacific War Memorial Museum at Corregidor, Philippines, May 5, 2017. (Corey Pettis/U.S. Air Force photo)

Marine Col. Sam Howard — commander of the 4th Marine Regiment — ordered the national and regimental colors burned rather than see them fall into enemy hands. The Marines reluctantly went into a brutal captivity at the hands of the Japanese.

The 4th Marine Regiment hasn’t been stationed in the continental United States since then. It is the only regiment whose lineage is rooted on the American mainland to deploy to the Pacific and never be rotated back, Marine officials said.

Rumors have swirled among Marines that the regiment is doomed to wander the Pacific — much like the mythical ghost ship The Flying Dutchman — due to the dishonor over surrendering. It is the largest organized Marine unit to ever do so in battle.

Before elements of the regiment traveled to South Korea recently for exercises Foal Eagle and Key Resolve, current 4th Marine Regiment commander Col. Kevin Norton pushed back against that myth, saying it is because of honor, not dishonor, that his Marines are stewards of the Pacific.

“Like most things, there’s rumor and misconception,” said Norton, who has spent more than 10 years with the regiment in various leadership positions. “We were still reeling from Pearl Harbor and we had to pick and choose where we were going to send forces to, so in many ways, the Marines and the U.S. Army and the Filipinos kind of got left hung out to dry a little bit out of necessity, because the U.S. Navy and U.S. Army had to kind of get their act together and mobilize in order to get over here.”

In June 1916, 4th Marines was dispatched to the Dominican Republic to intervene on behalf of the government in their civil war, the Marine Corps said. This would be the first time the unit would see combat, and it was awarded two Medals of Honor for heroism.

The unit was then dispatched to Shanghai, China, in March 1927 to protect American interests in the face of yet another civil war. Known as the “China Marines,” they stayed in country for nearly 15 years.

The China Marines departed for the Philippines on Nov. 27 and 28, 1941, after being surrounded by the invading Japanese. They had been in the Philippines for nine days when the Japanese attacked to coincide with the attack on Pearl Harbor.

Surrender The 4th Marine Regiment engaged the Japanese for the first time on Dec. 12, 1941, the Marine Corps said. After arriving at Subic Bay, it had been tasked with guarding Olongapo Naval Station and a naval base at Mariveles.

As the Japanese bore down on Manila from the north and defeat seemed all but assured, 4th Marines in Olongapo evacuated to Mariveles and then to Corregidor, the fortified island off the southern coast of the Bataan Peninsula. They prepared and strengthened defensive positions as the Japanese closed in.

The Japanese made landfall on Corregidor Island on May 5, 1942, the Marine Corps said. The regiment inflicted heavy casualties on the Japanese invaders, decimating the first two attempted landings; however, they were no match for Japanese planes, tanks and Bataan-based artillery. The Japanese gained a foothold on the beach and expanded it, pushing toward Wainwright’s headquarters.

The Marines lost all of their heavy guns and were almost out of ammunition. All seemed lost.

“Feeling that further resistance was useless and fearing a possible massacre of 1,000 sick and wounded personnel in Malinta Tunnel, Gen. Wainwright decided to surrender,” a unit history said.

Isolated pockets of Marines continued to fight four hours after the surrender went into effect, until news of the order trickled down.

“The Marines were beside themselves,” Norton said. “They fought valiantly for several days and then ultimately Gen. Wainwright ordered the surrender because the higher headquarters folks were inside of a tunnel and they didn’t have all the information and the communications had been severed.”

Norton said Wainwright did what he thought was right, and the Marines had to follow orders. The 4th Marine Regiment ceased to exist.

“I don’t think the United States nor Gen. Wainwright understood how the Japanese were going to view prisoners,” Norton said. “There were some big-time atrocities. There were executions regularly. It was a brutal captivity. Most of those Marines who we refer to as the ‘old 4th Marine Regiment’ spent all of World War II in prisoner of war camps or they simply died in POW camps; it was that horrific.”

Proud lineage While Howard’s Marines tried to stay alive in brutal prison conditions, the 4th Marines was resurrected Feb. 1, 1944, with members of the 1st Marine Raider Regiment, a commando-style unit that had fought with distinction in the Makin Island, Guadalcanal, Central Solomons and Bougainville campaigns.

“If you talk to World War II vets, there was such a proud lineage of the 4th Marines that it was a big deal for them to rename that Raider regiment the 4th Marines,” Norton said.

The “new” 4th Marines participated in the recapturing of Guam and the seizure of Okinawa at the cost of 4,000 of their lives, the Marine Corps said. World War II ended with Japan’s surrender Aug. 15, 1945, following the atomic bombings of Hiroshima and Nagasaki.

The 4th Marines — who were awarded five Medals of Honor for service during the war — were chosen as the first American combat unit to land in Japan for the occupation. They were there to welcome the “old” 4th Marines, emaciated and in poor health, as they were liberated from POW camps.

“They held a parade for many of the prisoners,” Norton said. “It was a good homecoming for those guys because they realized the regiment was still alive.”

The 4th Marines was deactivated in 1949 only to be reactivated three years later for the Korean War. However, they arrived in Japan after the armistice that ended the conflict was signed. They were sent to Hawaii, the closest they would ever get to the continental United States.

Through the years, the regiment has served with distinction in combat in Vietnam and through advisers sent to Iraq and Afghanistan, leading to nearly another dozen Medals of Honor. They were the last Marine regiment to depart Vietnam in 1969 and have been on Okinawa ever since.

Today, 4th Marines is the anchor for the unit deployment program, accepting stateside battalions into their ranks on six-month rotations to the Pacific.

“Unlike units stationed in the United States permanently, we’re kind of on the tippy, tippy part of the spear and our readiness is at the highest levels permanently,” Norton said.

“When the Marines really learn the history, all that rumor and conjecture of, ‘Hey, the surrender was dishonorable,’ you just have a totally different perception … the Marines had nothing to do with the surrender. There was no dishonor in it.”