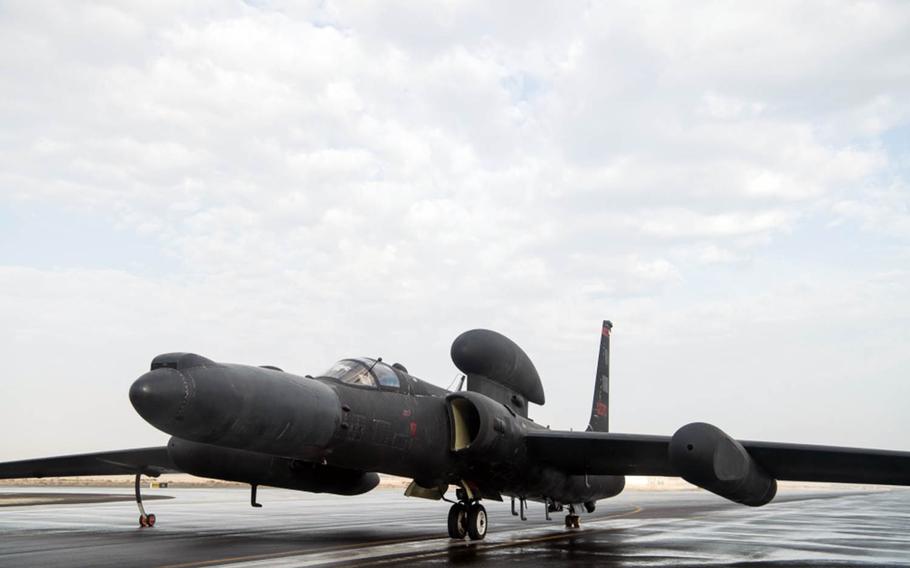 YOKOTA AIR BASE, Japan — The Japan Air Self-Defense Force on Friday identified the pilot missing since his stealth fighter plunged Tuesday into the Pacific Ocean as Maj. Akinori Hosomi.

Also Friday, U.S. Forces Japan said an Air Force U-2 Dragon Lady tactical reconnaissance plane has joined the search for Hosomi and the F-35A Lightning II fighter he was flying when it disappeared just before 7:30 p.m. Tuesday.

The Lightning II went down approximately 85 miles east of Misawa Air Base, its home field in northeastern Japan, just before 7:30 p.m. Tuesday. A search team found parts of the downed aircraft’s left and right rudders in the water about two hours later, the JASDF said Wednesday.

It’s the first loss of an F-35A, a fifth-generation fighter, anywhere in the world. A Marine Corps F-35B, capable of short takeoffs and landings, crashed in September near the Marine air station in Beaufort, S.C.

Hosomi, 41, accumulated a total 3,200 flight hours, including 60 hours in F-35As, according to a JASDF spokesman. How long the search will continue is undecided, the spokesman said.

The pilot broke off a training exercise with three other JASDF F-35As but did not otherwise signal trouble with the aircraft before it disappeared, the JASDF said Wednesday.

The U.S. Navy sent search-and-rescue assistance in the form of a ship and a patrol plane, it said Wednesday.

“At the request of the Government of Japan, US forces continue to support Japan-led search and rescue efforts with the USS Stethem (guided missile destroyer), P-8A (maritime patrol aircraft) coverage as well as U-2 support,” USFJ spokesman Air Force Col. John Hutcheson said in an email Friday.

The U-2, which first flew in the 1950s, is designed to collect imagery and signals intelligence while cruising at altitudes of 70,000 feet, out of surface-to-air missile range.

Four U-2s from the 5th Reconnaissance Squadron based at Osan Air Base, South Korea, deployed to Kadena Air Base, Okinawa, from late January until early March, according to a report in the Chosun Ilbo newspaper.

A JASDF search team of 11 aircraft, including UH-60J helicopters and U-125 jets as well as Japan Maritime Self-Defense Force ships and aircraft, began searching the area where the fighter went missing shortly after the incident. The Japan Coast Guard also sent ships to the scene, according to a JASDF spokesman.

“In addition to the Navy and Air Force aircraft and the Navy ship involved in the search, HQ US Forces Japan and 5th Air Force are performing key liaison and coordination roles, processing requests for US support from the Japanese government and synchronizing and de-conflicting US SAR (search and rescue) activities with the JSDF,” Hutcheson said.

“USFJ will continue to work closely with the Japan Self Defense Forces and Ministry of Defense to assist with search and rescue efforts, to include salvage of the aircraft, if requested,” he said.