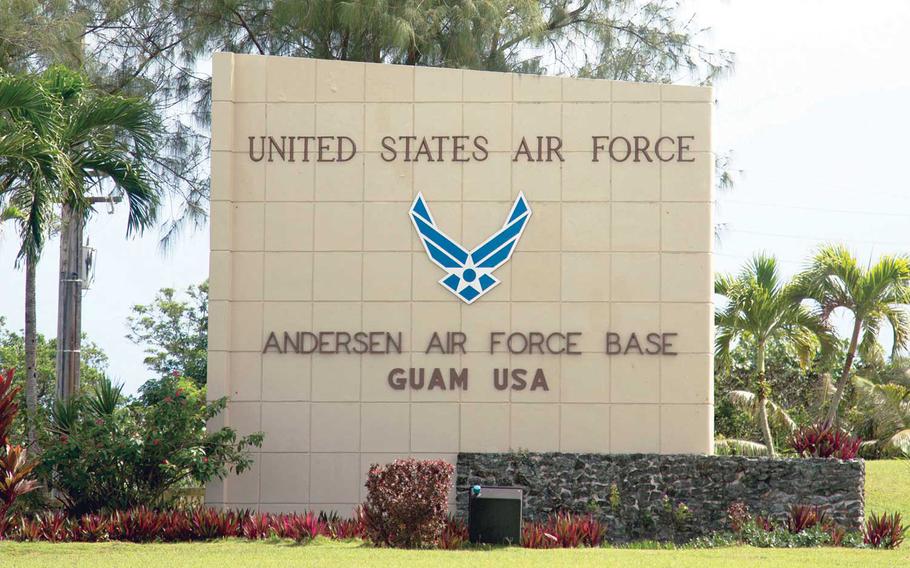 Buy Photo
Andersen Air Force Base is home to the 36th Wing on Guam. (Stars and Stripes)

Twenty active-duty troops and two Defense Department health care workers from Andersen Air Force Base were confirmed to have been infected with the coronavirus on Saturday, according to a statement from the Guam governor’s office.

The service members belong to a unit that deployed to Andersen on May 25. On Wednesday, the Air Force announced that several of the unit’s members had tested positive.

Saturday’s infections were identified through contact tracing, bringing the unit’s total number of cases to 35, the governor’s office statement said.

The two health care workers announced Saturday were screened at Andersen after reporting they had come in contact with infected individuals, it added.

Upon arrival, members of the unit had been lodged at the Guam Reef Hotel in Tumon, the island’s main commercial district about 13 miles southwest of the base, according to an Air Force statement Wednesday. They all received medical checks at that time.

On June 11, one of those service members showed symptoms of COVID-19, the respiratory disease caused by the virus. That person was tested by staff from U.S. Naval Hospital Guam and on June 12 found to be positive.

The Air Force did not disclose the dates that they tested positive nor the unit to which they belonged.

All service members with the unit have been moved to Andersen and placed in isolation, the statement said.

Guam, a U.S. territory, had been in the headlines for weeks in April and May as the aircraft carrier USS Theodore Roosevelt was in port there dealing with a coronavirus outbreak that infected more than 1,100 crew members and killed one.

As of Saturday, Guam had reported 222 confirmed cases — 44 of which were active — and five deaths. Of those cases, 42 are U.S. service members, it said.