Guam-based B-52 bombers to train Down Under 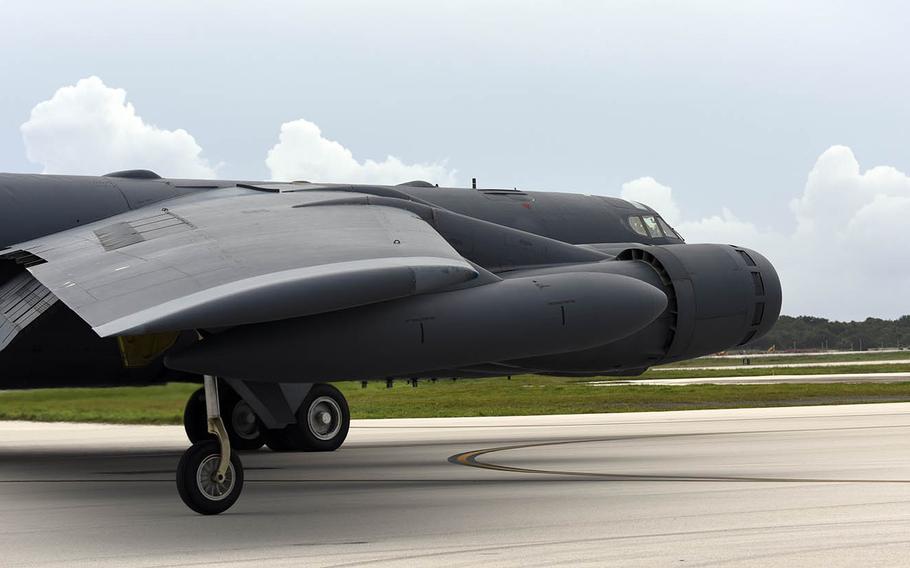 An Air Force B-52 Stratofortress takes off from Andersen Air Force Base, Guam, in 2016. (Richard Ebensberger/U.S. Air Force)

Three Air Force B-52 Stratofortresses and their crews are heading Down Under to train alongside the Australian Defence Force.

The strategic bombers will fly out of Royal Australian Air Force Base Darwin in the Northern Territory from late March to early April, Australian officials said in a statement Wednesday.

The B-52s from Andersen Air Force Base, Guam, will train with Australian F/A-18A Hornets, PC-9 aircraft and Joint Terminal Attack Controllers in military airspace near RAAF Williamtown, the statement said.

“The training provides the ADF with a valuable opportunity to integrate Royal Australian Air Force aircraft and ADF personnel with USAF B-52 Bombers in close air support scenarios,” the officials said.

The planes will be there at the same time as a force of nearly 1,600 Marines who are headed for Australia for a six-month summer rotation.

The seventh rotation to Darwin is more than 300 Marines stronger than last year’s mission, but still more than 900 Marines short of the long-term plan to send 2,500 Marines Down Under for six months each year.