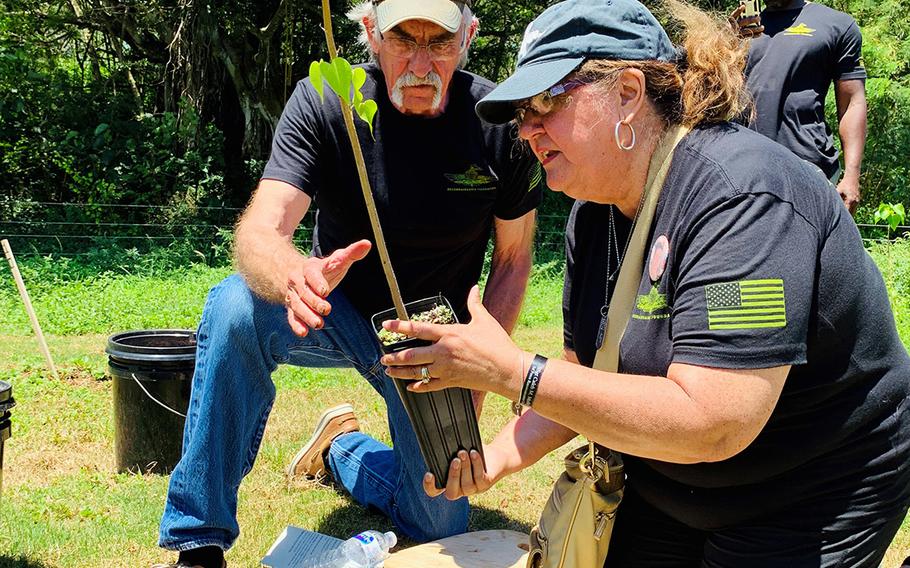 George and Diane Homm plant a tree May 7, 2019, at Gunstock Ranch on Oahu's North Shore in memory of their son, Marine Corps Staff Sgt. Caleb Medley, who died while parachuting. (Courtesy of Marine Reconnaissance Foundation) Matt Kuderickis instructs McKenzie DeYoung on the basics of scuba diving at the beach beside the Paul Mitchell Estate in Lanikai, Hawaii, May 5, 2019. (Courtesy of Marine Reconnaissance Foundation) 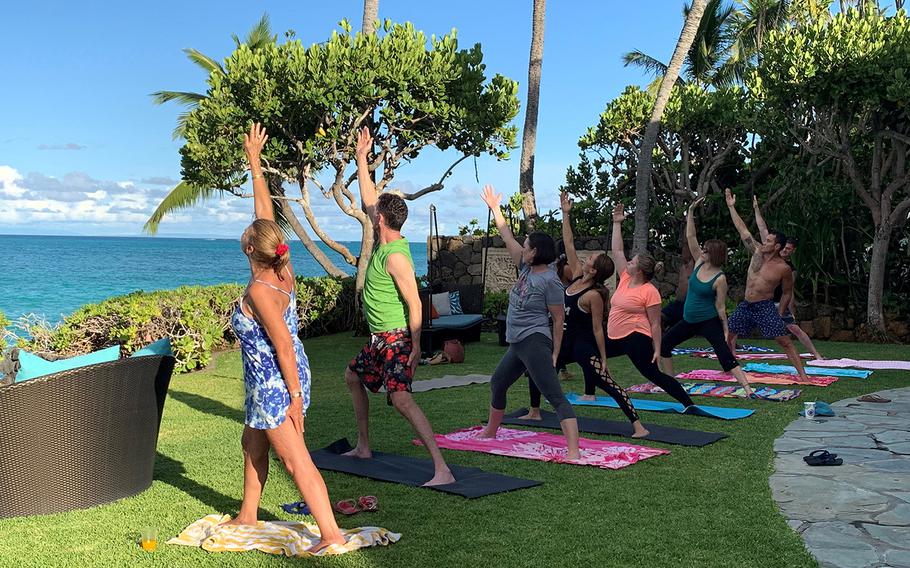 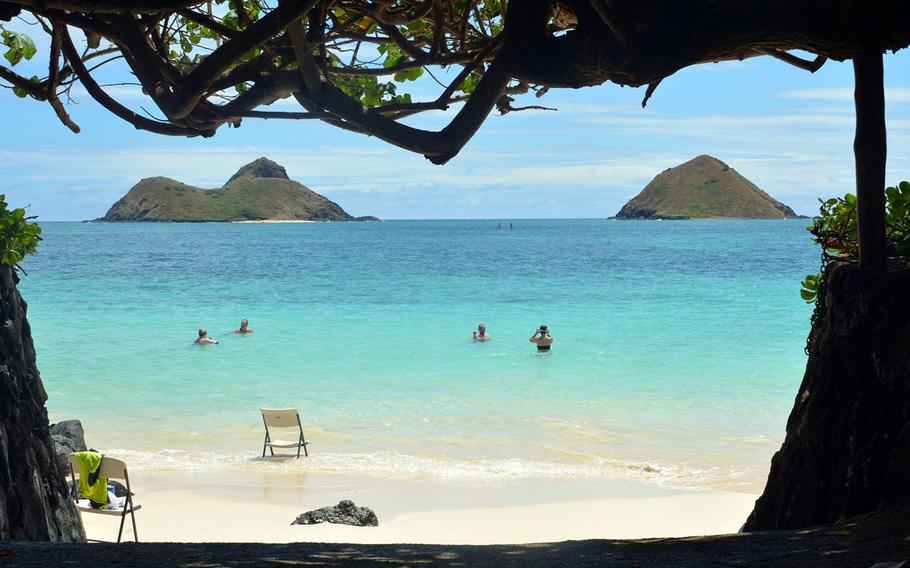 FORT SHAFTER, Hawaii — The Paul Mitchell Estate on Oahu’s windward side is a posh Polynesian retreat with a swimming pool, jacuzzi, sauna, gazebos, flower gardens and a soft-sand beach just steps from a suite of villas that can sleep more than a dozen guests.

Only an enviable slice of society could afford to stay there at $5,000 to $8,000 per night, the price varying by season.

But few have paid a price as high as the 14 people who’ve spent the past week there: Gold Star families who have lost loved ones in uniform.

The group, representing six servicemembers who died in the line of duty, are the first to be hosted in Hawaii by the Marine Reconnaissance Foundation. The foundation board chose the inaugural group, but the Paul Mitchell Estate has committed to participate annually so more families will follow their footsteps in the sand.

“The truth is a lot of these families are from small, middle-America towns, some from farms, and have only dreamed of ever coming to Hawaii,” said Jose “Pep” Tablada III, a retired reconnaissance force Marine and vice president of the foundation. A Hawaii native, he and his wife spearheaded the planning of this inaugural Gold Star event.

They began laying the groundwork for the event a year and a half ago.

Tablada said he had heard the staff at the Paul Mitchell estate — built in the 1980s by the late hair-styling mogul — was very supportive of the military. After meeting Tablada, one of the staffers, a former Marine himself, presented the idea of a Gold Star family week to the estate board, which agreed to donate a full week, Tablada said.

“From there it just blossomed,” he said.

Vendors of every kind offered free services, transportation and food. There have been helicopter tours of the island, horseback riding at the storied Kualoa Ranch, hikes, scuba diving, a private tour of the USS Missouri Memorial, lunches and dinners at swank restaurants, a luau and other outings.

But at its core, the Gold Star gathering is about fellowship for the families of the Marines and sailor who have been lost: Mark Baca, Luke Milam, Matthew DeYoung, Michael Ferschke Jr., Seamus Davey and Caleb Medley.

“To be honest, it’s just wonderful to be around the people, others who have similar stories, whether they’ve lost a brother or a son or a husband,” said Jean Baca, who attended with her 19-year-old son Derek. He was only 4 months old when his Marine father, Mark Baca, died in a helicopter crash in 1999 off the coast of San Diego.

The pair moved to St. Peter, Minn., a few months after his death, but the state is far removed from the nation’s Marine Corps hubs.

“People are very sympathetic, but they don’t really understand how you think of these people every day, how they are never forgotten,” she said. “For the team members and Marines who knew them, that loss was just as great as well. And they never forget.

“I love to have my son around the camaraderie of the Marines. They can be closer than blood family.”

Derek Baca was gobsmacked when he learned of the invitation this winter. “I would never expect …,” he said as he searched for words. “I have never asked for anything like this — it just blew me away.”

He craves contact with those who knew his father — or even knew of him.

“It’s always amazing meeting people who served with my dad, or knew of my dad at all, because they just say the highest, most respectful things about him,” he said. “It makes me feel like I know him, even though I never met him.”

Twelve years after the death of their son Luke in Afghanistan, Michael and Rita Milam still learn new things about him during Gold Star events and other gatherings.

“Last summer we heard a nickname we hadn’t heard before,” Rita Milam said of her son, who was a Navy corpsman assigned to Marine Corps Special Operations Command in 2007 when he died from a rocket-propelled grenade blast while firing a weapon atop a Humvee. “The Navy guys get to wear their hair longer than the Marines. He was very proud of his hair, and I guess they called him Boy Band.”

She laughed at the thought of such a nickname for her son, who had been single-mindedly gung-ho about joining the military since he was 8. He was a senior at Columbine High School in 1999 when two students went on a shooting rampage there that left 13 people dead.

At that point he had already enlisted early to join the Navy, but the carnage of the shooting steered him toward becoming a medic so that he would “always be able to know what to do in an emergency,” his mother said.

He is remembered and honored by others, and that is a comfort to the Milams.

“We try to keep him alive,” Rita Milam said. “His friends, people he worked with, military groups — they have really helped in keeping him alive. We laugh. We cry. But we do know he made a difference, and that’s helpful. Don’t ever want to lose that.

“There are five boys named after him — not just in our family but across the United States. We had a new one this summer. So, 12 years later, somebody remembered and named their son after him.”

“This is a lovely place,” Michael Milam said as he sat in a villa near enough to the beach to hear the lapping of waves. “But it’s the people that make the difference.”