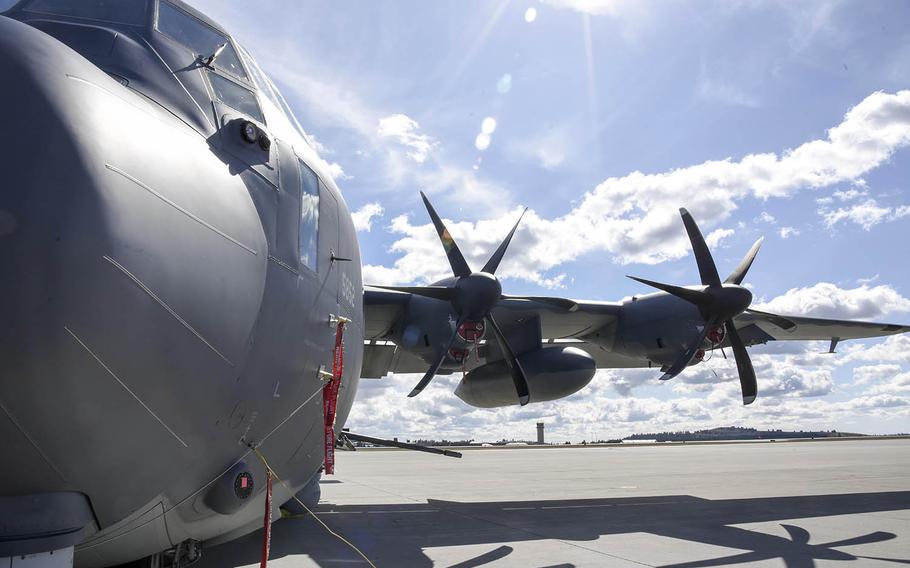 An Air Force Special Operations AC-130J Ghostrider gunship, like the one seen here, will participate in close air support training during the annual Balikatan exercise underway in the Philippines. (Anneliese Kaiser/US Air Force)

An Air Force Special Operations AC-130J Ghostrider gunship, like the one seen here, will participate in close air support training during the annual Balikatan exercise underway in the Philippines. (Anneliese Kaiser/US Air Force) 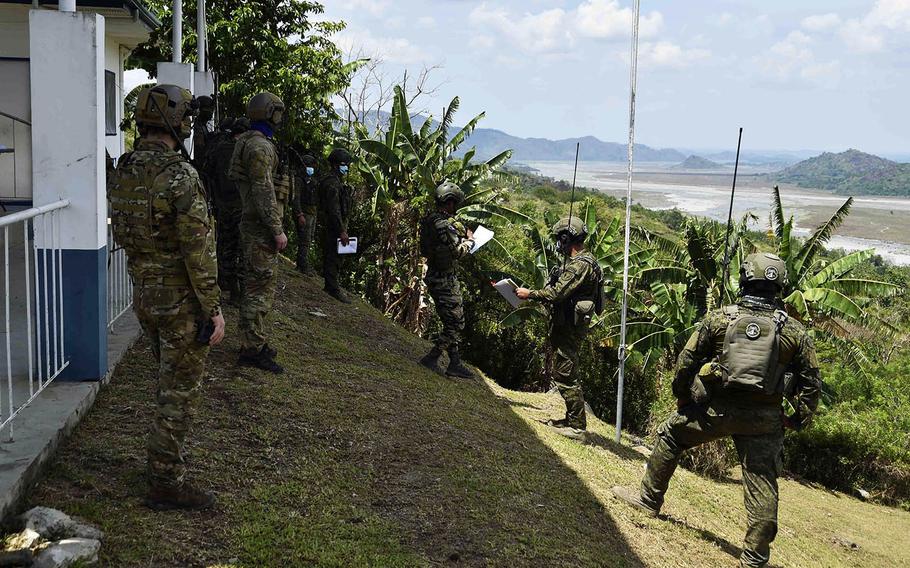 An Air Force Special Operations AC-130J Ghostrider gunship is set to end this month’s Balikatan drills in the Philippines with a bang.

In a first, the gunship will participate in close air support training at Crow Valley Military Reservation, a live-fire range north of Clark Air Base on the island of Luzon, Maj. Ken Kunze, a spokesman for the Okinawa-based 1st Marine Aircraft Wing, said in an email Thursday.

The training will take place during a five-day window starting Saturday, he said.

The Special Operations airmen are among 225 U.S. service members who have been training with 736 Philippine troops during the annual Balikatan exercise, which kicked off April 12.

The airmen and their Philippine counterparts have been at Crow Valley practicing procedures to call for close air support but will advance to live-fire training with the gunship, Kunze said.

Air power, coordinated by ground observers, has been important for troops battling insurgents in Iraq and Afghanistan.

It was a key to dislodging Islamic extremists from the southern Philippine city of Marawi in 2017 and it would also likely be needed in the sort of high-end conflict with a conventional army that the U.S. military has turned its focus to in recent years.

Balikatan officially wraps up Friday but the live-fire close air support training was delayed due to a mechanical issue, Kunze said.

AC-130 gunships — heavily armed versions of the C-130 Hercules tactical airlifter - first saw combat during the Vietnam War and have participated in numerous conflicts and covert operations since.

The $115 million Ghostrider is the latest version of the gunship and replaced the AC-130U, known as “Spooky.” Air Force officials have called it “the ultimate battle plane” due to its arsenal that includes a 105 mm howitzer, 30 mm autocannon, missiles and laser-guided bombs.

One Marine in the Philippines for Balikatan, Col. Bryan Horvath, 48, of Mission Viejo, Calif., served as chief of staff during a drill that honed skills troops need to coordinate a military response with their Philippine counterparts in an emergency,

Forty-nine personnel from the Army, Navy, Air Force and Marines, working out of Clark Air Base, Hawaii, California and Japan, cooperated with 50 Philippines troops during the training, he said.

The staff exercise was mostly about “building relationships,” said Horvath, who wouldn’t comment on exactly what scenario the training involved.

The coronavirus pandemic, which forced the cancellation of last year’s event, means the training is scaled back significantly from what went on in 2019, when the Navy sent the amphibious assault ship USS Wasp and F-35B Lightning II stealth fighters to the Philippines for the first time.

U.S. personnel quarantined for two weeks after arriving in the Philippines and have had their liberty restricted, Kunze said.

“They are not able to go out and see a lot of the sights this year,” he said.