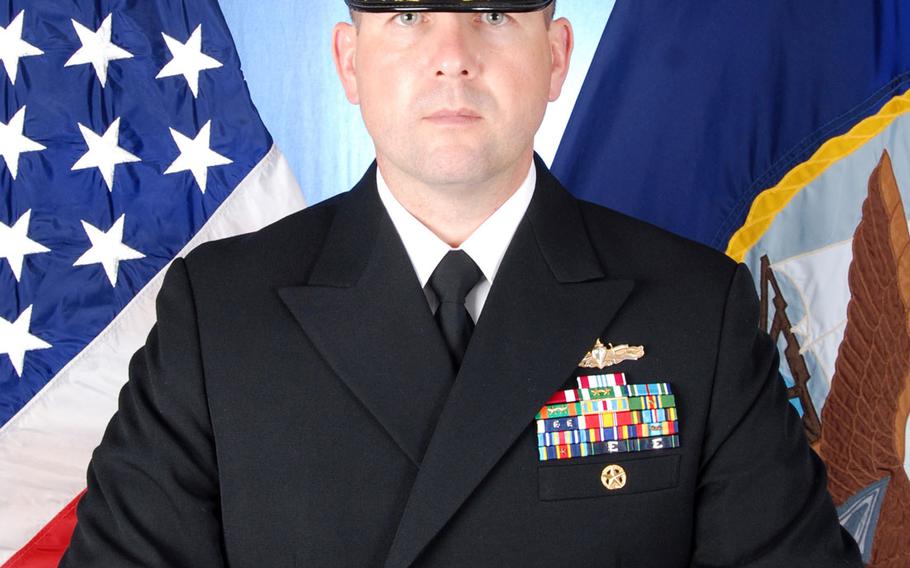 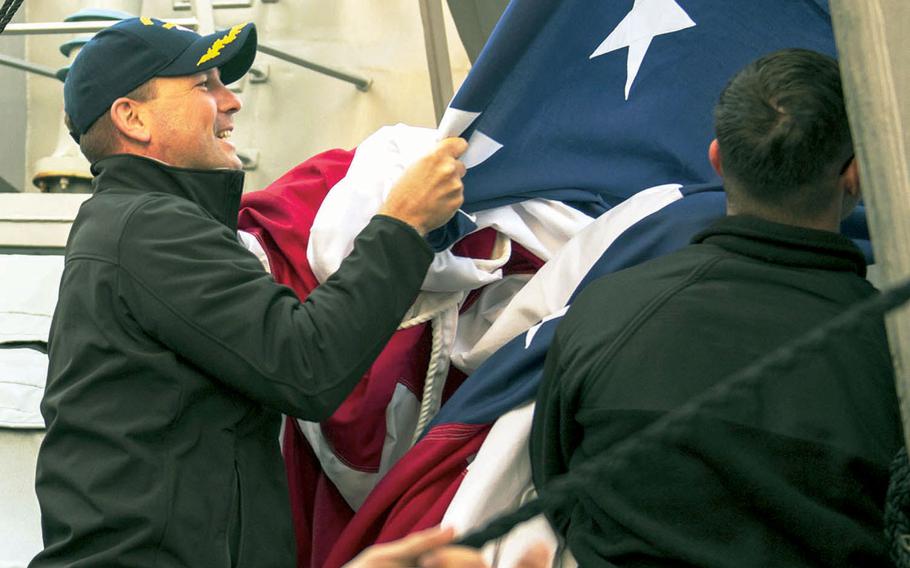 Cmdr. Bryce Benson brings down the ensign while serving aboard the destroyer USS Fitzgerald in the Pacific Ocean as the ship's executive officer in February 2016. (Eric Coffer/U.S. Navy photo) 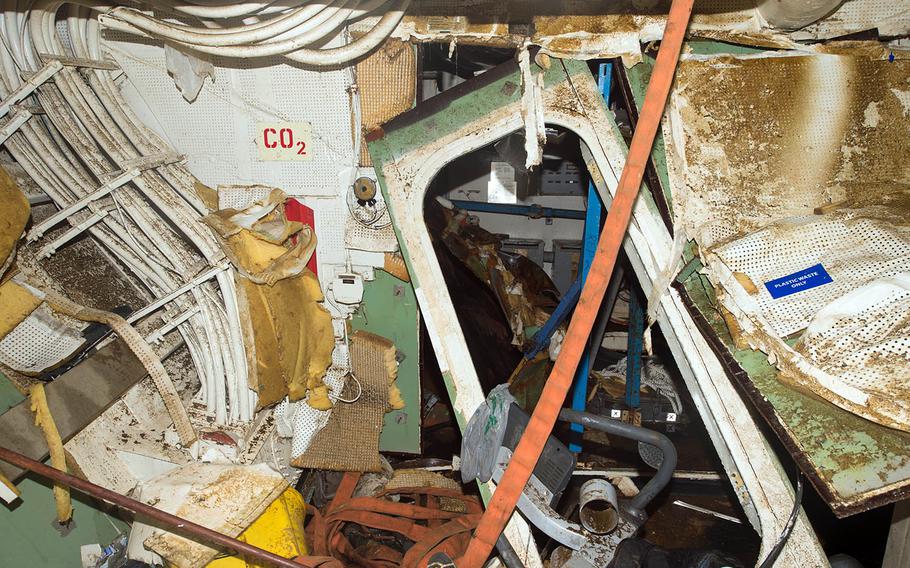 Damage is seen inside the guided-missile destroyer USS Fitzgerald as it sits in dry dock at Yokosuka Naval Base, Japan, soon after its June 17, 2017, collision with a merchant vessel. (Christian Senyk/U.S. Navy photo) 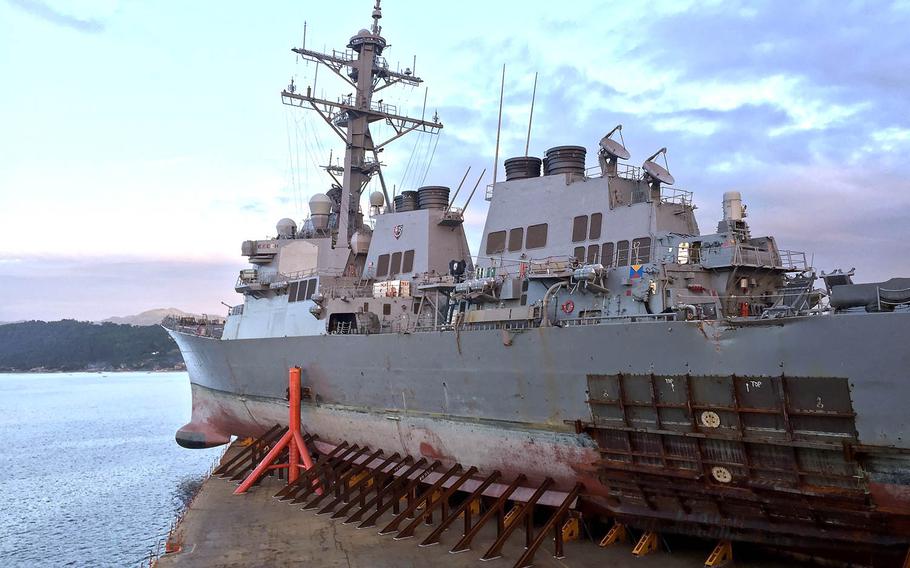 YOKOSUKA NAVAL Base, Japan — An Article 32 hearing for the former commander of a guided-missile destroyer involved in a deadly collision last year has been scheduled for May 21, the Navy said Wednesday.

Cmdr. Bryce Benson — who helmed the USS Fitzgerald on June 17 when it ran into a container ship off the coast of Japan, killing seven sailors — faces charges that include negligent homicide, hazarding a ship and dereliction of duty. His hearing, which was originally slated for early March, was postponed after defense attorneys asked for more time.

On May 8, an unidentified Fitzgerald officer is scheduled for arraignment and to enter a plea on a charge of negligent dereliction of duty resulting in death. The following day, a joint Article 32 hearing will take place for two junior Fitzgerald officers.

All hearings will be held at the Navy Yard in Washington, D.C.

An update on proceedings for the USS John S. McCain, which on Aug. 21 collided with an oil tanker near Singapore and killed 10 sailors, will be “forthcoming,” the statement said. Cmdr. Alfredo Sanchez, the guided-missile destroyer’s former skipper, faces charges similar to Benson’s.

Navy investigations said both “avoidable” collisions were caused by failures in planning, training, procedures and operations. Part of that, the service found, was because of the intense operational pace the fleet has been maintaining in recent years.

The accidents left the Pacific Fleet reeling and led to firings, forced retirements and nonjudicial punishments conducted by Adm. Frank Caldwell, who was tapped in October to oversee disciplinary actions for the accidents.

The Navy relieved the commanders of both ships, along with the head of 7th Fleet and the leaders of Task Force 70 and Destroyer Squadron 15, which oversee the fleet’s destroyers and cruisers.

Pacific Fleet Commander Adm. Scott Swift announced his retirement in September, and Vice Adm. Thomas Rowden – the former Surface Forced head – retired in January ahead of schedule after the recommendation of disciplinary actions against him.

During proceedings in late January, Caldwell found the Fitzgerald’s executive officer, command master chief and another officer guilty of dereliction in the performance of duties and issued letters of punitive reprimand.

An enlisted sailor from the McCain was also found guilty of dereliction of duties. He received a punitive letter of reprimand and forfeiture of half-pay for two months and a reduction in rate to the next pay grade – both delayed for six months.

In mid-February, Cmdr. Jessie Sanchez, executive officer on the McCain during its collision, was found guilty of dereliction of duty and received a punitive letter of reprimand.

Caldwell later dismissed charges against an officer and an enlisted crewmember from the Fitzgerald, in what the Navy said would be the last planned nonjudicial punishment proceedings for the collisions.