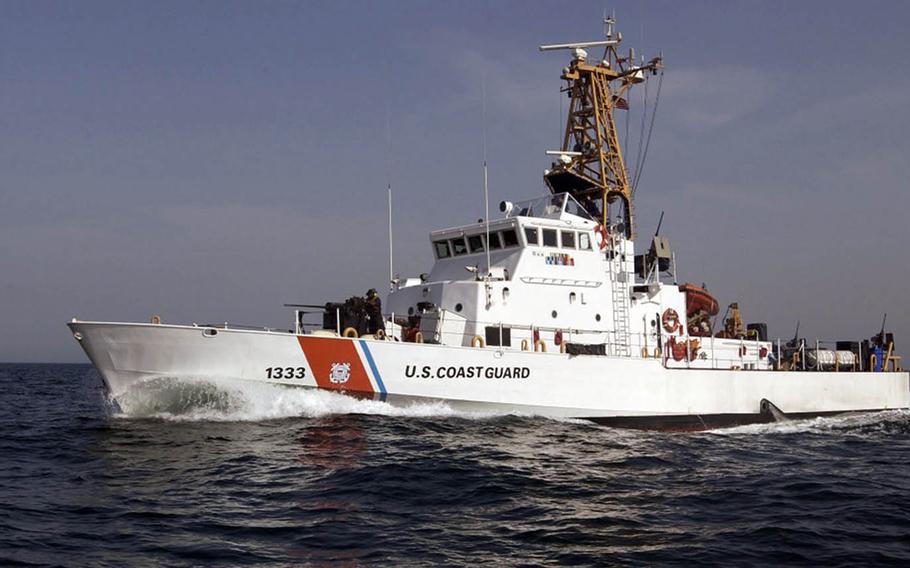 A Coast Guard cutter with an historic tie to 9/11 may be headed to Indonesia, but a former crew member wants it preserved as a memorial to the terrorist attacks in New York City.

The cutter Adak, built in 1989, led the evacuation of 500,000 people from Lower Manhattan following the Sept. 11 terrorist attacks, according to the Coast Guard. The ship and its crew received the Secretary of Transportation Outstanding Unit Award for the rescue.

The cutter is homeported in New Jersey but is now serving with U.S. Central Command in Bahrain.

The U.S. Defense Security Cooperation Agency notified Congress on April 2 that it intended to sell the Adak and another Island-class patrol boat, the cutter Aquidneck, to Indonesia under the Excess Defense Articles program, according to the State Department. The Defense Department sells or transfers older equipment to allies and partners through the program.

However, a translated April 30 report by CNN Indonesia suggested the sale was in jeopardy.

“I'm not interested in used vessels,” Vice Adm. Aan Kurnia, head of the Indonesia Maritime Security Agency, known as Bakamla, was quoted as saying in the report. “I prefer to build my own ships in Indonesia."

Bakamla is also known as the Indonesian Coast Guard, according to its website. It did not respond to email inquiries from Stars and Stripes on Thursday. The U.S. Coast Guard referred questions about the potential sale to the State Department, which would not give an on-the-record response.

The nonprofit USCGC Adak Historical Society in Tampa, Fla., is trying to bring the Adak back to America to serve as a 9/11 memorial museum if the sale falls through, according to a news release Tuesday from James Judge, the organization founder and a former Adak crew member.

"If we succeed in bringing it back, which I truly believe we will, the Adak will be homeported in the Tampa Bay area, where it will serve as a museum, 9/11 memorial and mentorship teaching platform for youth," Judge told Stars and Stripes in an email Thursday.

A Change.org petition supporting the USCGC Adak Historical Society had garnered more than 10,000 signatures as of Thursday.

Rep. Lee Zeldin, R-N.Y., wrote to the State Department asking to halt the sale, according to Judge’s release.

“The U.S. Coast Guard Cutter Adak played a critical role in the wake of the 9/11 terrorist attacks,” Judge quoted Zeldin as saying. “As we approach the 20th anniversary of one of America’s darkest days, the Adak serves as a reminder of American courage, sacrifice and resilience in the days and years following this attack on our freedom and way of life. Selling this significant historic symbol to a foreign nation would be incredibly shortsighted.”

As it seeks to strengthen friendly ties in the Western Pacific, the U.S. has provided Vietnam, Sri Lanka and the Philippines, with Hamilton-class cutters to patrol their maritime territory. The ships respond to calls for help; combat piracy, smuggling and illegal fishing; and respond to incursions by ships of other countries.