Five years after his death, Korean War vet awarded more than $720,000 in accrued benefits from VA 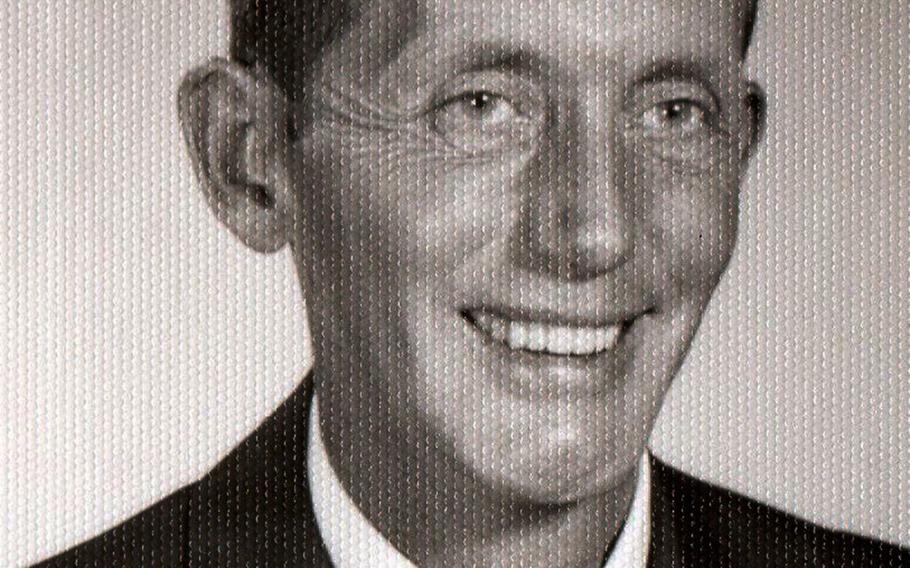 Thomas Nielson was a Korean War veteran who spent decades fighting for benefits from the Department of Veterans Affairs. He died before the agency ruled in his favor. (Nielson family)

SEOUL, South Korea — Thomas Nielson joined the Air Force when he was 17 and was promptly deployed to South Korea where the war against the communist-backed North was just getting underway. He served on the peninsula from 1950-54.

However, Nielson’s real fight began after he returned home and filed for military medical benefits for health problems he believed stemmed from severe dental issues and malnutrition during his service.

Five years after he died in 2014 at age 81, his family finally received more than $720,000 in retroactive benefits after the Department of Veterans Affairs ruled in his favor.

His lawyer, Eric Gang, expressed frustration that Nielson didn’t receive the money before he died, but said the family is “very, very grateful” because it can use it to care for Nielson’s widow, who has Alzheimer’s disease and is in a nursing home.

“It’s costing a lot of money to keep her in the nursing home,” he told Stars and Stripes by telephone Wednesday.

The VA declined to comment on Nielson’s case, saying it can’t publicly discuss its interactions with individual veterans due to privacy concerns. But a spokeswoman said the agency has “modernized the process for appealing disability claims to provide more timely and consistent decisions” under the Veterans Appeals Improvement and Modernization Act of 2017.

Nielson turned to Gang, whose firm specializes in disability appeals for military veterans, in 2012 after exhausting all administrative appeal remedies at the VA. The earlier claims of malnutrition were denied, but doctors had determined he suffered from an autoimmune disease that began manifesting itself during his service.

Gang was armed with journal entries in which then-Airman 1st Class Nielson complains about not being able to eat and weight loss while in South Korea.

“Boy am I in misery,” Nielson wrote in neat, cursive handwriting on Sept. 25, 1952. “I had 6 teeth pulled this morning,” he said, adding that he had gone into shock after the dentist pulled four of them without Novocain.

Medical experts hired by Gang also examined Nielson’s service records and were able to prove the problems he described were symptoms of an autoimmune disease that hindered his ability to work and support his family.

Nielson died on Oct. 6, 2014, at home in Tucson, Ariz., but Gang continued his claim by substituting Nielson’s widow as the substitute claimant.

The Board of Veterans Appeals ruled in Nielson’s favor in April 2017, but the check didn’t appear.

“We wait. A year goes by. We don’t hear anything. Two or three years go by,” Gang said. “Total radio silence from the VA.”

He finally reached a VA official who informed him that the department wasn’t going to implement the board’s decision because Mrs. Nielson forgot to sign a form in the right place. Gang filed a writ of mandamus in federal appeals court, which compelled the agency to pay.

Gang, who is an outspoken advocate for a massive overhaul of the VA, said he understands why officials dismissed his client’s claims about malnutrition, but he believes the agency had a responsibility to help determine the actual cause of his problems.

“But the thing that’s most egregious in my opinion is their actions once we had finally been vindicated — to just be vindictive and not want to pay the claim. That’s just unacceptable,” he said.